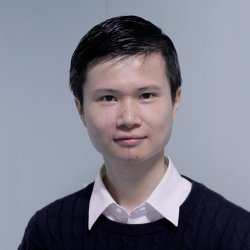 Centre for Aerodynamics and Environmental Flow, Centre for Automotive Engineering.

Dr Kin Hing Lo (Eric) is a Lecturer (Assistant Professor) in Aerospace Engineering, specialised in aerodynamics and flow control. He studied his BEng in Mechanical Engineering (First-class) at the University of Hong Kong. He then moved to the United Kingdom to pursue his postgraduate studies. He completed his MSc in Aerospace Engineering (graduated with distinction) at the University of Manchester in 2010. He received the School of MACE overseas research student scholarship from 2010 to 2014 and joined the Aero-Physics Laboratory at the University of Manchester to pursue his PhD studies. His research in the Aero-Physics Laboratory was focused on supersonic flow over shock control bumps and he completed his PhD studies in April 2014.

After graduating from the University of Manchester, he then joined the University of Glasgow as Post-Doctoral Research Associate. He spent three years (April, 2014 to April, 2017) in Glasgow to conduct his postdoctoral research. During the time of his appointment, he has designed a supersonic wind tunnel for the university. At the same time, he also started a new branch of research in road vehicle aerodynamics and its associated flow control strategy development. Other than research work, Eric also lectured the Aerospace Engineering 1 module in Glasgow between 2015 and 2017.