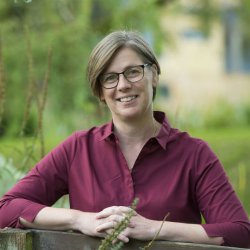 After a degree in Microbiology at Queen's University Belfast, I obtained my PhD working with Bert Rima on the molecular biology of the RNA virus mumps virus. I subsequently worked as a postdoc with Sue and Alan Kingsman in Oxford where I studied molecular aspects of HIV transcription. My herpesvirus research began when I obtained a Wellcome Trust Junior Fellowship to work at the University of Leeds. A further move to Marie Curie Research Institute in Surrey, allowed me to pursue my interests in herpesviruses, initially in the lab of Peter O'Hare, and subsequently in my own group. In 2007 I moved to the Section of Virology, Imperial College London where I obtained an MRC Senior Nonclinical Fellowship working on the cell biology of herpes simplex virus morphogenesis. I took up my current position of Professor of Virology in the Department of Microbial and Cellular Sciences, Faculty of Health and Medical Sciences, University of Surrey, in June 2013.

My research focuses on the cell biology of herpes simplex virus (HSV) infection, and we aim to identify viral and cellular molecules that are crucial for virus production in the infected cell. Unlike the majority of human viruses, HSV establishes lifelong latent infection (in sensory neurons), and is reactivated periodically to produce new disease and infectivity. This reactivated HSV has a major impact on human health throughout the world. Apart from oral cold sores and genital herpes, reactivated HSV is also the leading cause of infectious blindness in the developed world, and the major viral cause of encephalitis that can often be fatal. Serious complications of the disease are particularly problematic in immunosuppressed patients such as transplant and chemotherapy patients. Additionally, HSV is a major cofactor for infection with HIV.Like all viruses, HSV exploits pre-existing cellular activities in its replication. We aim to determine how HSV hijacks cellular machinery to coordinate the assembly of its large, complex particles. We are particularly interested in how HSV utilises the cellular secretory pathway to direct the process of assembly; how the individual virus structural molecules interact as the new particle is built; where in the cell these interactions occur; and which cellular molecules are crucial to this process. We use a combination of live cell studies of cells infected with fluorescently tagged viruses, virus genetics, siRNA depletion, and biochemical assays to address these steps in virus morphogenesis. In this way we aim to pinpoint critical molecules - both viral and cellular - as potential targets for antiviral intervention. 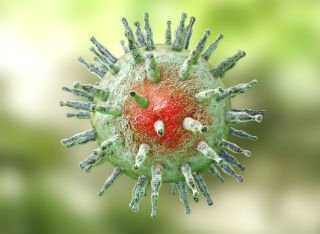