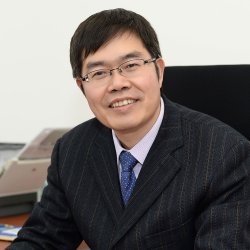 Prof. Hui-Ming Cheng is a Vice Chancellor’s fellow at ATI since 2019. He is a professor and the founding director of both the Low-Dimensional Material and Device Laboratory of the Tsinghua Shenzhen International Graduate School, Tsinghua University since 2016, and the Advanced Carbon Research Division of Shenyang National Laboratory for Materials Science, Institute of Metal Research, Chinese Academy of Sciences (IMR CAS), since 2001. He graduated from Hunan University, China in 1984 and received his Ph. D from IMR CAS in 1992. He was a Guest Researcher at Kyushu Research Institute for Industrial Technology, AIST, Japan from 1990 to 1992 and a formal Research Associate at Nagasaki University, Japan from 1992 to 1993. He was a senior visiting scientist at MIT, USA, from 1997 to 1998, and is an honorary professor of the University of Queensland, Australia since 2006, and a Visiting Professorial Fellow at the University of New South Wales since 2014. He is also a member of Chinese Academy of Sciences and a fellow of TWAS.

His research activities focus on carbon nanotubes, graphene, other two-dimensional materials, energy storage materials, photocatalytic semiconducting materials, and bulk carbon materials. He has published over 770 papers with an H index of 135 and is recognized as a Highly Cited Researcher in both materials science and chemistry fields by Clarivate Analytics. He has obtained more than 150 patents and spun off several companies, won a few domestic and international awards including the State Natural Science Award of China in 2006, 2017 and 2020, Charles E. Pettinos Award from American Carbon Society in 2010, Felcht Award from SGL, Germany in 2015, and ACS Nano Lecture Award from American Chemical Society in 2017. He used to be an Editor of Carbon from 2000 to 2015 and Editor-in-Chief of New Carbon Materials from 1998 to 2015, and now is the founding Editor-in-Chief of Energy Storage Materials since 2015 and Associate Editor of Science China Materials since 2016.