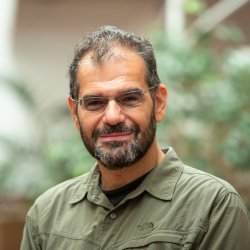 Ioannis joined the department as a lecturer in Economics in the University of Surrey in 2008. Prior to this, he worked in various capacities at Keele University (since 2001), where he also received his doctorate with commendation in 2006. Ioannis holds a B.A.(Hons) in Business and Financial Economics from Staffordshire University, and a M.Sc. in Money, Banking and Finance from the University of Birmingham.

Central banks in charge of banking regulation are less aggressive in their inflation mandate since tight monetary policy conditions could have an adverse effect on the stability of the banking system. Due to the conflict between the two mandates, it has been argued that banking supervisory powers should be assigned to an independent authority to avoid inflation bias and enhance social welfare. The first part of the paper develops a theoretical model to examine the interaction between the credit and bank’s balance sheet policy transmission channels in influencing macroeconomic outcomes. When mandates are combined to a single authority, price and financial stabilisation objectives can be complementary or conflicting, depending on the policy instruments and types of macroeconomic shocks, with an important impact on social welfare. The second part of the paper empirically assesses whether central banks’ combined mandates leads to an inflation bias problem using panel data for 25 industrialised countries from 1975 to 2007. The estimation results show that, once we control for relevant policy and institutional factors (such as the presence of inflation targeting and deposit insurance schemes), the separation of banking supervision and monetary policy does not have a significant effect on inflation outcomes.

I Lazopoulos, V Gabriel (2017)The Role of the Financial Supervisory Architecture on Welfare

The paper develops a model to examine the implications of the financial supervisory architecture on macroeconomic outcomes and social welfare, highlighting the role of policy instruments and types of macroeconomic shocks. In the static version of the model, it is shown that assigning the mandates of monetary and financial stability to two separate policymakers can only promote welfare when some coordination exists between the policymakers, and it is the welfare dominant arrangement when financial stability is socially important. In a dynamic framework, separation of mandates is the welfare dominant setting regardless of the social preferences between the two objectives. Coordination between the policymakers is the preferred structure when the volatility of macroeconomic variables influences social welfare.

I Lazopoulos (2005)Cycles And Banking Crisis, In: Keele Working Papers in Economics

We extend Diamond and Dybvig's (1983)[11] model to a dynamic context where we study how the bank's financial stability is a®ected by successive withdrawal shocks during a crisis. We model a crisis as a series of these unanticipated events over a long period of time and not as isolated bank runs. We highlight the importance of banks' portfo- lio liquidity in surviving such crisis. The paper shows that external borrowing can smooth investment returns to guarantee that solvent but illiquid intermediaries can survive a crisis. In the presence of borrowing restrictions banks' liquidity exhibits an erratic behaviour.

The model developed in this paper examines the interaction between monetary and macroprudential policies in promoting macroeconomic stability, highlighting the role of shocks and policy instruments. The paper shows that assigning the mandates of monetary and financial stability to independent authorities enhances macroeconomic stability only when some level of coordination exists between policymakers and it is the dominant institutional arrangement when monetary stability is socially important. Instead, when society values financial stability, internalising the policy spillovers by assigning the two mandates to a single policymaker could become the dominant configuration depending on the model’s parameter values.

The paper performs a welfare comparison between demand deposit and equity contracts in the presence of intrinsic aggregate uncertainty. In this framework, the welfare dominance of deposit contracts emerges under corner preferences. It is shown that aggregate uncertainty creates high price volatility of ex-dividend equity claims traded in a secondary market and the resulting consumption allocations offer less risk-sharing opportunities to risk-averse consumers than tailor-made deposit contracts. The contingency of early payoffs on depositors’ withdrawal order reinforces the welfare performance of deposit contracts, whereas costly liquidation of productive long-term investments deteriorates their welfare performance relative to equity contracts.