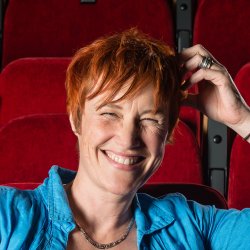 She is the author of several articles and book chapters on Shakespeare, directing, and actor training, and is under contract with Arden Shakespeare for a book on Shakespeare in production on both sides of the Atlantic.

The writings of theatre practitioners are letters from the chalk face rather than ‘theories’. Practitioners practise first, and make their discoveries on the studio or rehearsal-room floor in much the same way as the scientist conducts experiments in a laboratory. However, these are not as readily codifiable as a scientific experiment, where a mathematical equation may offer a solution to the problem. In theatre, experiments constitute a constant search which will never reach a quantifiable conclusion. Experiments may, however, reach a qualitative conclusion: ‘it works or it doesn’t’ is the maxim, where the measuring stick is an informed artistic sensibility. I find Dymphna Callery’s confidence in the ‘informed artistic sensibility’ encouraging, because I am a theatre practitioner. I direct plays. In my parallel career as an academic working in the UK higher education sector, I have found that ‘letters from the chalk face’ such as Callery describes are included in a wider range of outputs and publications known collectively as ‘practice-as-research’. My own practice-as-research methodology typically takes three forms: firstly, I search for practical solutions to perceived challenges presented by textual, material and logistical elements of plays in production; secondly, I follow my own curiosity and desire to create something genuinely new, in productions that speak directly to their audiences; thirdly, I attempt to record and contextualize some of the discoveries made in the rehearsal room, in print publications. This particular ‘letter from the chalk face’ shares my experience and reflections on practice, rather than labouring with theory, but this is not to suggest that the substance of what follows is purely anecdotal and reflective. Rather, this article considers a range of playable solutions to a set of perceived challenges posed by a Shakespearian text, in this case, A Midsummer Night’s Dream. Further, the article suggests ways in which theatre practice can refresh (rather than reject) certain established literary-critical readings of the text, giving them renewed dramatic agency.

Through a series of workshops at Sadlers Wells and the RNT Studio, choreographer Fin Walker began exploring the possibility of creating a new theatrical language using movement as the starting point and sound/rhythm/music to create new theatrical structures. Collaborating with composer Ben Park and dramaturg Jaq Bessell, this project was supported by Arts Council England and the Jerwood Charitable Foundation. The Barbican performance is the culmination of a 3 week workshop with actors, dancers and musicians, followed by a Q&A. .

In June 2014 the Performance Research Group opened a new bi-lingual production, Night Horses at the Chappelle Gely, a desacrilised church in the cité gitane Montpellier. The piece was adapted from Marlowe’s Dr Faustus, Shakespeare’s Macbeth and Romeo and Juliet, and Rimbaud’s Nuit en Enfer. Commissioned for the IRCL conference hosted by Montpellier III University, Night Horses offered the Performance Research Group an opportunity to conduct practice as research into the application of actor training methodologies to bi-lingual performance modes and texts.

This issue investigates night scenes in the performing arts in France and England from the sixteenth to the eighteenth centuries. The articles and performances gathered in this issue were originally presented at a conference-festival organised by the Institute for Research on the Renaissance, the Neo-Classical Age and the Enlightenment (IRCL) in Montpellier from 18 to 20 June 2014, in partnership with the Montpellier festival Le Printemps des comédiens, la Chapelle Gély, Montpellier's National School of Acting (ENSAD) and the Guilford School of Acting.

Speaking Pictures explores the complex negotiations between seeing and hearing essential to the audiences' experience in any dramatic performance. Ranging chronologically from the Middle Ages to the present, the essays consider a variety of methods that help us recuperate the visual impact of theatrical spectacle before the age of video archives. The anthology takes its discussion of performance beyond the physical space of the theater to examine texts that were meant to be spoken but not literally performed, such as medieval pageantry and closet dramas of the nineteenth century. Many essays focus on the Early Modern English stage, particularly the challenges of recapturing the totality of the original audience's experience in London's open air theaters by the examination of stage directions, text, and archival evidence. The collection concludes with a discussion of the contemporary actor's challenge in physicalizing the language of Early Modern plays, especially Shakespeare's

Performance of practice-research piece, MACBETH for 5 actors, performed at the Faculte de Medecine, in Montpellier

JE Bessell (2017)Antony and Cleopatra: a cut and a case for two actors and a piano
JE Bessell (2010)International Shakespeare Conference

Performance of Practice Research piece ANTONY AND CLEOPATRA: A CUT AND A CASE FOR TWO ACTORS. This piece of practice-research uses only the “parts” of Antony and Cleopatra as they appear in the Folio (see Tiffany Stern and Simon Palfrey on parts) to inform the development of a post-modern adaptation of a script that operates at the interface of original practices, physical theatre, and punk. Next, “punk performance theory” and practice emphasise shifting performance dynamics. Further, physical approaches to characterisation from conservatoire training (Laban, Viewpoints, animal work) serve the developing somatic narrative. Finally, Peter Brook’s theories of space in Shakespearean text are re-evaluated in the light of this performance’s development, and new connections between this classic text and cutting-edge theatre practice today emerge. The performance suggests that post-Globe performance can reinvigorate literary-critical paradigmatic views of Shakespeare’s plays in a radical new context, by exploiting some of the creative opportunities overlooked in the original practices experiments during the first decade of performances at the reconstructed Globe

Perchei sei tu?, Lindsay Kemp’s dance-theatre adaptation of Shakespeare’s Romeo and Juliet uses dance, recorded music and live commentary in place of Shakespeare’s text to refresh W.B. Worthen’s concept of “Shakespearean performativity” creating a civic event and an instance of inductive theatre. This discussion offers a close reading of this workshop production, and draws comparisons between Kemp’s use of a masterclass as prologue to the main action in Perchei sei tu? and a similar framing device used by choreographer Antonio Gades in Carlos Saura’s 1981 film Bodas de sangre. The discussion goes on to use Bogart and Landau’s Viewpoints as a framework within which to examine Kemp’s use of spatial relationship and repetition of gesture. The chapter closes with an analysis of Kemp’s production in the light of Peter Brook’s manifesto The Empty Space, arguing that Perchei sei tu? blurs a complex of boundaries, between preparation and performance, between locus and platea, between real and imagined Veronas.

Evidence suggests that some cognitive processes are based on sensorimotor systems in the brain (embodied cognition). The premise of this is that 'Biological brains are first and foremost the control systems for biological bodies' (Clark 1998, 506). It has therefore been suggested that both online cognition (processing as we move through the world) and offline cognition (processing through reflection) might be body-based (Wilson 2002). We tested whether acting out, or thinking movements relevant to a poem would therefore improve memory for the poem. Here, we discuss the results of this study in relation to embodied cognition.

The Guildford School of Acting hosted its first research and teaching symposium on 6 June 2014. Exploring the uses of poetry within the context of actor training, the symposium showcased the work of GSA staff and students via a series of vocal, physical and acting workshops. Funded by the Morag Morris Poetry Fund and intended to extend the scope of the AHRC Cultural Value project, the symposium attracted delegates from a wide range of disciplines ranging from psychology to creative writing.The second workshop, led by GSA Head of Postgraduate Studies Jaq Bessell, used modern actor training methodologies (Stanislavski and Meisner) in conjunction with close analysis of early modern dramatic verse forms, seeking to bring together the so-called “two traditions” (Barton) of Shakespearean performance and exploring in detail the way actors “suit the action to the word, the word to the action” (Hamlet). Experiments with the convention of universal lighting in Shakespeare’s theatres asked actors to make specific and active connections with their audience when performing soliloquies and monologues, and questioned many assumptions about the divide between the “two traditions” of classical and contemporary performance.

The company’s small repertoire of Shakespeare productions draws on some ideological practices rooted in early modern and post-modern/punk performance traditions, some methodological practices contained within the broad church of actor training, and the academic practice of close reading. Through performances and workshops PRG explores how action, transaction, and space function in the performance of early modern and post-modern drama. The result is a performance style which refreshes the connection between scholarship and stagecraft, between criticism and creativity, and which pushes at the edges of the relationship between actor and audience in early modern dramatic writing.