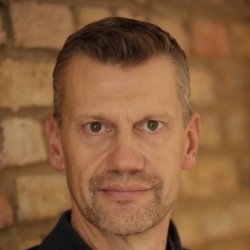 Julian is an award-winning writer, director and educator. He trained at the University of Kent and Bristol Old Vic Theatre School.

He is currently Head of Musical Theatre at GSA (Guildford School of Acting).

In 2015 he became the first person to direct a commercial musical in Egypt when he staged The Sound of Music in Cairo.

As a writer, his plays and musicals have been performed around the world. His stage adaptation of The Devil’s Advocate had a highly successful tour of the Netherlands and Liberace, Live From Heaven, had a sell-out run at London’s Leicester Square Theatre in the West End, toured New Zealand, and played at the Edinburgh Festival.

Julian is the author of musicals, working with composer Richard John. Their versions of The Railway Children and The Wind In The Willows played at Sevenoaks Playhouse and The Railway Children has had more than 100 productions in Britain, New Zealand, Bermuda and the USA. Their musical about airport security staff, Terminal Four Play is part of Theatre 503’s Urban Scrawl project, is available as a podcast, and played at the Latitude Festival and their musical The Teddy Bear's Picnic had a successful National Tour.

They were commissioned by the Estate of Lionel Bart (author of Oliver!) to completely rewrite the Book for Bart’s Twang!!, first produced by GSA and subsequently at London’s Union Theatre. Their musical Comrade Rockstar was presented in concert with a West End cast at the Ivy Theatre Guildford and live-streamed worldwide.

Julian’s revue, Speak Low based on Kurt Weill and Lotte Lenya’s writings, was produced by GSA. For BBC Radio 3 he wrote Broadway Hall of Fame: Cole Porter and Broadway Hall of Fame: Leonard Bernstein, which were both produced at the Palace Theatre London. His musical Oh Carol! won the Covent Garden Festival Search for a New Musical. HIs play with music, BlueBirds, was first produced at the Cochrane Theatre, London and has had revivals at the Kenneth More Theatre and Above The Stag in London;  B.Y.M (Beautiful Young Man) was presented as part of the Pride Encore Benefit Season in New York and his first play The Oedipus Complex, premiered at Bristol New Vic.

He co-wrote the musicals Let Him Have Justice and The Bakewell Bake-Off (published by Concord). His many scripts for  Christmas productions include Aladdin, Dick Whittington, Cinderella and Snow White for the Queen’s Theatre Hornchurch, Snow White for Bournemouth Pavilion and The Snow Queen for Theatre North and the scripts for Peter Pan and Cinderella at the Lighthouse, Poole.

He is the author of the book How Musicals Work (Nick Hern Books), which is the standard textbook for musical theatre creation and writing, and of Rodgers and Hammerstein’s The Sound of Music(Routledge Fourth Wall).

Overseas: The Sound of Music (Cairo & Beirut premieres); The Importance of Being Earnest and Mrs Warren’s Profession at the English Theatre of Hamburg; Two Pianos, Four Hands; I Do! I Do! and Deadly Murder (Vienna); …And The Pursuit of Happiness (Off-Broadway); Wuthering Heights (European tour).

Regional Theatre: Wallflowering; Vita & Virginia; Kiss of the Spiderwoman; The Turn Of The Screw, The Railway Children, Wind in the Willows (Sevenoaks Playhouse); Dames At Sea; The Turn of The Screw; The Sound Of Music; The Fifteen Streets; Aladdin; Dick Whittington; Cinderella; Who’s Under Where?; The Underworld Project (Queen’s Theatre Hornchurch); The Bed Before Yesterday (Mill at Sonning); Me And My Girl (Devonshire Park Eastbourne); The Oedipus Complex; Oedipus Rex (Bristol Old Vic) and The Comedy Of Errors (Worthing). 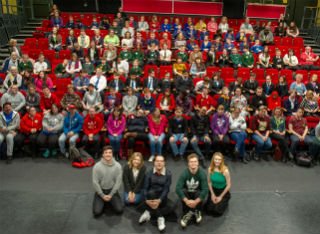 Julian Woolford (2012). HOW MUSICALS WORK
View abstract View full publication
"If anyone knows how musicals work (I'm not sure I do), this highly entertaining dissection of every aspect of that bewildering art form reveals that Julian Woolford does." Sir Tim Rice  "A comprehensive and thoughtful guide to everything one must consider in order to write a successful musical. It would take at least a decade to learn all of this on one's own. Invaluable." David Zippel Musicals are the most popular form of stage entertainment today, with the West End and Broadway dominated by numerous long-running hits. They can be gloriously life-affirming spectaculars, swelling both the hearts of audiences, and the wallets of their writers. But for every Wicked or Phantom of the Opera, there are dozens of casualties that didn't fare quite so well. In this book, Julian Woolford explores the musical theatre canon to explain why and how some musicals work, why some don't, and what you should (and shouldn't) do if you're thinking of writing your own. Drawing on his experience as a successful writer and director of musicals, and as a lecturer in writing musicals, Woolford outlines every step of the creative process, from hatching the initial idea and developing a structure for the work, through creating the book, the music and the lyrics, and on to the crucial process of rewriting (as Sondheim said, Musical comedies aren't written, they are rewritten ). He then guides the reader through getting a musical produced, with invaluable advice about generating future productions and sustaining a career. The book includes dozens of exercises to assist the novice writer in developing their craft, and detailed case studies of well-known musicals such as Les Misérables, The Sound of Music, Miss Saigon, Little Shop of Horrors, Godspell and Evita. An essential guide for anyone writing or wanting to write a musical, How Musicals Work is a fascinating insight for anyone interested in the art form or who has ever wondered what it takes to get from first idea to first night.
Julian Woolford (2019). RODGERS AND HAMMERSTEIN'S 'THE SOUND OF MUSIC'
View abstract View full publication
Often dismissed as kitsch sentimentalism, Rodgers and Hammerstein’s  has proven an enduringly popular and surprisingly influential cultural icon, both within the field of musical theatre and the wider world. The Broadway production won five Tony Awards, the London production became the longest-running West End musical, and the movie version was the highest-grossing film of all time.  This book examines how the musical heralded the end of an era on Broadway; its reinvention of history and biography; how the film has influenced future stage productions; the ways in which it put child performers centre stage; and how, nearly 60 years after its stage debut, the musical still has a direct impact on the modern world, from the United States to the Middle East. In this series of short essays, Julian Woolford re-examines the musical from seven different perspectives, revealing the ways in which it continues to impact the 21st century.
The Sound of Music