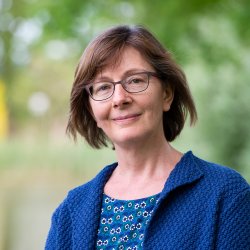 I am a Chartered Psychologist, a Fellow of the Royal Statistical Society and a practicing counsellor and psychotherapist.

My original training was in quantitative research methods (particularly statistical methods) and until 2006 most of my research was on reproductive and sexual health in developing countries whilst working for the London School of Hygiene and Tropical Medicine. Since 2006 I trained more specifically in psychology and counselling/psychotherapy and focused on mental health in the UK. I was a Senior Lecturer on the Clinical Psychology Programme at the University of Surrey from 2008 until 2018 when I left and took up a Visiting Lecturer post.

The quality of our relationships with others: partners, family, friends, colleagues and the broader social environment has been found to be fundamental to our mental well-being. Interpersonal Psychotherapy (IPT) is one way to work on such relationships to improve mental health. I am leading a study investigating the evidence base for a shorter version of this approach called Interpersonal Counselling (IPC) which can be administered by nontherapists.

The Social Context of Mental Health

Social class, age and gender interact together to form particular types of psychological vulnerability and barriers to receiving appropriate help. I’m involved in research projects examining how health services might be inadvertently discriminating against people of different ages, genders and class as well as looking at how particular groups (such as ‘upper class, middle-aged’ men) manage during extremely stressful life situations.

There is a plethora of books, courses and apps claiming to reduce stress and enhance productivity or the experience of work. Approaches include mindfulness, resilience training and developing particular mindsets. There is some evidence supporting the beneficial effects of some of these (for example mindfulness and stress) but more research and evaluation is needed to understand which approaches work, who for and why. I am involved in projects assessing the benefits of mindfulness and growth mindset training in the workplace.

Objective: To describe the distribution of HIV-1 subtypes in two cities with high HIV prevalence (Kisumu, Kenya and Ndola, Zambia) and two with relatively low prevalence (Cotonou, Benin and Yaoundé, Cameroon), and to examine whether the differences in prevalence of HIV infection could be due to the predominance within the infected populations of subtypes with differing efficiency of heterosexual transmission.

Conclusions: The pattern of distribution of subtypes that we found does not suggest that differences in circulating subtypes play a major role in explaining the differences in prevalence of HIV-1 infection between the four cities. The emergence and spread of recombinants requires close surveillance to adapt testing strategies if needed, to inform vaccine development and to ascertain their role in the future spread of HIV.

Objective: To estimate parameters of concurrent sexual partnerships in five urban populations in sub-Saharan Africa and to assess their association with levels of HIV infection and other sexually transmitted infections (STI).

Methods: Data were obtained from a multicentre study of factors which determine the differences in rate of spread of HIV in five African cities. Consenting participants were interviewed on sexual behaviour and at four of the five sites also provided a blood and a urine sample for testing for HIV and other STI. Data on sexual behaviour included the number of partnerships in the 12 months preceding the interview as well as the dates of the start and end of each partnership. Summary indices of concurrent sexual partnerships - some of which were taken from the literature, while others were newly developed - were computed for each city and compared to HIV and STI prevalence rates.

Results: A total of 1819 adults aged 15-49 years were interviewed in Dakar (Senegal), 2116 in Cotonou (Benin), 2089 in Yaounde (Cameroon), 1889 in Kisumu (Kenya) and 1730 in Ndola (Zambia). Prevalence rates of HIV infection were 3.4% for Cotonou, 5.9% for Yaounde, 25.9% for Kisumu and 28.4% for Ndola, and around 1% for Dakar. The estimated fraction of sexual partnerships that were concurrent at the time of interview (index k) was relatively high in Yaounde (0.98), intermediate in Kisumu (0.44) and Cotonou (0.33) and low in Ndola (0.26) and in Dakar (0.18). An individual indicator of concurrency (iic) was developed which depends neither on the number of partners nor on the length of the partnerships and estimates the individual propensity to keep (positive values) or to dissolve (negative values) on-going partnership before engaging in another one. This measure iic did not discriminate between cities with high HIV infection levels and cities with low HIV infection levels. In addition, iic did not differ significantly between HIV-infected and uninfected people in the four cities where data on HIV status were collected.