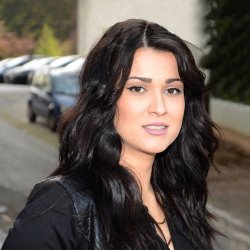 One in two people will develop cancer, and cancer is the cause of approximately one third of all UK deaths. Radiotherapy accounts for >40% of curative treatments, owing its effectiveness in the ability to accurately target tumours. Proton Beam Therapy (PBT) is rapidly gaining momentum compared to x-ray/electron beams with more than 63 operating sites and 40 sites under construction worldwide. Protons have similar relative biological effectiveness (RBE) to photons, but an excellent depth-dose distribution profile that allows better conformation of dose distribution to target compared to x-rays or electrons, thereby reducing the integral dose to the body and avoiding to dose normal tissue structures near the tumour. This is crucial when treating growing children, to avoid side effects such as developmental delays, hormone deficiencies, effects on bone and muscle tissue, and hearing loss or damage to salivary glands. The two main methods to deliver proton beams is via passive spreading and spot scanning PBT. Spot scanning PBT is a new therapy that penetrates deeper and produces fewer neutrons than passive spreading, further decreasing the integral dose and the risk of secondary cancer, but is more sensitive to spatial errors increasing the risk of delivering the dose in the wrong place. Spot scanning PBT can deliver treatments in sub-mm accuracy, but because of imaging limitations prior to treatment, upon which the treatment is planned it currently cannot achieve more than 7 mm accuracy. To maximise the potential of PBT it is crucial to accurately know the dose distribution and be able to shape and control it, making imaging the number one challenge for accurate treatment planning. Based on the reconstructed images, proton stopping power maps are calculated, which inform us about the dose distribution. Due to the proton Bragg peak characteristic a miscalculation in the proton stopping power map (distance from the 90% to the 10% dose level is only a few mm) can result in the proton beam missing its target and damaging healthy tissue, while the tumour receives much lower dose. This work will initially quantify proton stopping power maps directly from proton CT (pCT), aiming to reduce range uncertainties and enhance PBT accuracy. pCT measures the energy loss for protons traveling along tracks allowing the estimation of the integrated relative electron density with respect to a reference medium along the proton path. Proton stopping power maps can be estimated directly by inverting the path integral. Current reconstruction algorithms, such as the filter back-projection approaches, falsely assume Gaussian energy straggling distribution, and do not account for multiple Coulomb scatter (MCS). Reconstructed pCT images become blurred by MCS, which results in a resolution of around 3-5 mm and the energy spread distributions in fact resemble asymmetric Gaussian functions due to electronic energy-loss straggling and MCS. The proposed pCT reconstruction will account for non-Gaussian energy loss distributions, and iteratively correct for MCS to improve the spatial resolution and accuracy of proton stopping power maps. With expected anatomical changes of both tumour and normal tissue during a typical 5-7 week course of radiation, relying solely on a pCT acquired before therapy will lead to under dosing of the tumour and/or unnecessary exposure of organs at risk to higher doses. This proposal addresses ways to fuse information from pCT (acquired before treatment) in the reconstruction of limited number of projections during spot scanning PBT, and update the proton stopping power map during the treatment. The proposed methods will make on-treatment imaging feasible, allowing for significant improvement in treatment planning.

I graduated with a Physics BSc (Hons) from the Aristotle University of Thessaloniki in 2015, specialised on both Nuclear Physics and Elementary Particles, and Medical Physics. During my studies, I had the opportunity to work as an Assistant Physicist at the Theagenio Cancer Hospital of Thessaloniki, where I gained experience in Nuclear Medicine department and section of Radiotherapy. As part of my studies and being interested in Medical Physics, I conducted my BSc thesis with the title "Dose verification of an IMRT treatment planning System with the 2D array MapCHECK 2" in collaboration with Theagenio Hospital and Military Hospital 424.

After my undergraduate studies, I completed my Master’s degree in Biomedical Engineering at Imperial College London. I tried to supplement my knowledge and skills on Medical Physics by following the relevant stream of my course. My interest was focused on new radiotherapy methods for cancer treatment and lesion detection. My thesis title was "High Intensity Focused Ultrasound Treatment Planning using CT images".

I am currently a PhD student in "Novel image reconstruction techniques with application to proton radiotherapy for optimisation of cancer treatment" at the Centre for Vision, Speech and Signal Processing (CVSSP), University of Surrey. My project will initially quantify proton stopping power maps directly from proton CT (pCT), aiming to reduce range uncertainties and enhance PBT accuracy. The proposed pCT reconstruction will account for non-Gaussian energy loss distributions, and iteratively correct for MCS to improve the spatial resolution and accuracy of proton stopping power maps. The completion of the project will make on-treatment imaging feasible, allowing for significant improvement in treatment planning.

Demonstrator and tutor at the following courses:

M Panagiotidou ; CA Collins-Fekete ; P Evans ; N Dikaios (2020). Proton Computed Tomography: A Case Study for Optimal Data Acquisition
View abstract View full publication
This study enables a comparison between two proposed algorithms in the literature for proton computed tomography (pCT) reconstruction; these are the analytical filtered back-projection (FBP) and the iterative algorithm of diagonally relaxed orthogonal projections (DROP) with total variation superiorization (TVS). The analytical model of the cubic spline path (CSP) has been implemented into DROP-TVS algorithm to account for scattering, using measurements of individual proton positions/trajectories and energy before and after traversing a selected phantom. Spatial resolution and relative stopping power (RSP) accuracy of the reconstructed images were used as comparison criteria. Parametric changes of projection angular ranges from 0 to 180 degrees and 0 to 360 degrees , as well as angular steps of 0.5 and 1 degrees have been investigated. Experimental data of the CT0404 "Sensitom" and the CTP528 "Line Pair" modules of the Catphan® 600 phantom were used. DROP-TVS appeared to provide better noise reduction compared to FBP while the resolution worsened with reduced projections. On the other hand, FBP resulted in degraded image quality with more noise and worse spatial resolution compared to that of the DROP-TVS scheme. Interplane artifacts were present with both algorithms which became more acute in FBP reconstructions and with a limited number of projections. Reduced number of projections had an adverse effect on both reconstruction methods. The study outcomes highlight the optimal acquisition for pCT reconstruction for superior image quality but there must always be a trade-off between noise and spatial resolution for optimal data acquisition.
Margarita Panagiotidou ; Philip Evans ; Nikolaos Dikaios (2020). Integration of Proton Computed Tomography into the Open Source Software STIR
View abstract View full publication
Proton computed tomography (pCT) offers unique image formation attributes, with a potential for increasing accuracy of treatment planning in proton beam therapy. To maximize the potential of pCT it is necessary to develop advanced reconstruction algorithms that can accurately recover relative proton stopping power maps. This study aims to integrate pCT into STIR (Software for Tomographic Image Reconstruction), a popular Multi-Platform Object-Oriented framework for reconstruction in tomographic imaging to benefit from its software infrastructure. Open source STIR library is currently suitable for reconstructing and manipulating data from Positron Emission Tomography (PET) and Single Photon Emission Computed Tomography (SPECT), which are based on cylindrical scanner geometries. Although pCT has a noncylindrical geometry, STIR provides the framework for single event detection and modelling of the proton interactions. This initial implementation includes classes and functions with new features such as general proton scanner geometry, binning of list mode proton data into sinograms and uses analytical reconstruction algorithms already available in STIR. The structure of the new implemented features is discussed. Future work will include additional components to establish STIR as a potential toolkit for pCT image reconstruction.