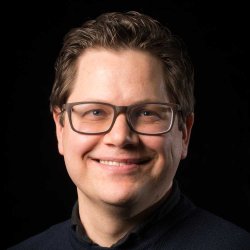 Faculty of Arts and Social Sciences, School of Economics.

I'm an applied microeconomist with expertise in the evaluation of public policies. In the past I've analysed peer effects in education, the determinants of violence against women, the effect of financial inclusion on household poverty and welfare, and the effect of improving access to education on underage fertility among other topics.

​I received my MSc in Economics from University College London and my PhD from Queen Mary University of London.

I currently work on two large projects using Brazilian administrative data. In the first project, the Cost of Crime Project, we provide new estimates on the cost of crime using georeferenced data on the universe of homicides in Brazil. To date, we have analysed the effect of exposure to violence on birth outcomes and on human capital accumulation.

In a second overarching project, The Cost of Dengue Project, I provide new insights on the cost of disease, focusing on dengue fever in Brazil.

In 2016, I was awarded a Future Research Leaders grant by the Economic and Social Research Council (ESRC). I've previously held grants by the Wellcome Trust, the British Academy, ESRC-DFID and the IDB.

I am a Research Fellow at IZA.

​The Cost of Crime Project

Abstract: Homicides are undoubtedly the crudest outcome of violence and crime. They may instil fear with observers and may lead to behavioural adjustments. We use a number of large administrative Brazilian datasets to estimate the causal effect of exposure to homicides in the public way on schooling outcomes. Within-school estimates show that violence in the surroundings of schools, at the residence of students, and on the walking path from residence to school has a negative effect on a number of measures of school achievement such as test scores, repetition, dropout and school progression. We also find that school attendance suffers following a homicide in the school surroundings. Exceptionally rich data allow us to investigate heterogeneous effects and explore the channels underlying these effects.

Financial Inclusion, Shocks and Welfare: Evidence from the Expansion of Mobile Money in Tanzania (joint with Olukorede Abiona). Forthcoming (2020) at Journal of Human Resources.

This article investigates the effect of increasing secondary education opportunities on teenage fertility in Brazil. We construct a novel dataset to exploit variation from a 57% increase in secondary schools across 4,884 Brazilian municipalities between 1997 and 2009. We find that an increase of one school per 100 females reduces a cohort’s teenage birthrate by between 0.250 and 0.563 births per 100, or a reduction of one birth for roughly every 50 to 100 students who enroll in secondary education.

The Impact of Household Shocks on Domestic Violence: Evidence from Tanzania (joint with Olukorede Abiona). Submitted.

Abstract: In this paper, we study the effect of household shocks on the incidence of domestic violence using household survey microdata from Tanzania. We use idiosyncratic variation in rainfall to proxy for shocks on household income of rural households. We find that droughts lead to a considerable increase of domestic violence in the households. A one standard deviation negative rainfall shock from the long-term mean increases the incidence by about 11.3 per cent compared to the baseline. We make use of the rich information from the household survey to investigate the underlying pathways.

Abstract: This paper studies the effect of improving access to support services for victims of domestic violence. For this purpose, we conducted a randomized controlled trial of an intervention designed to assist victims in accessing non-police services. We built a unique dataset from a victim survey and administrative records. The intervention led to a 19% decrease in the provision of statements by victims to police, but no significant change in criminal justice outcomes against perpetrators. We argue that the treatment response in statements came from victims for whom a statement was relatively less effective for pursuing criminal sanctions. For example, relative to the control group, statements provided by the treatment group were 84% less likely to be withdrawn. We also find that over a two-year period, reported domestic violence outcomes do not differ significantly between the treatment and control group. We provide suggestive evidence for the interpretation of these results.

This paper provides novel causal evidence on the effect of in-utero infections with dengue on a number of birth outcomes. For this purpose, we leverage on access to population level administrative dengue records linked to birth records for mothers with multiple births over time, enabling us to estimate mother fixed effects models. We find a significant negative effect on birth weight (-37grams) and a very substantial increase in the propensity for low, very low and extremely low birthweight (28, 70 and 140 percent compared to the baseline). We provide a battery of robustness checks and alternative specifications including of the control group. We also find a substantial increase in very preterm deliveries (an 85 percent increase) indicating a considerable penalty for affected children from a maternal infection with dengue.

Who has the Right to Rent? Testing for Discrimination in the English Rental Market (joint with Tania Oliveira and Nikitha Rohith)

The Long-term Consequences of Caesarean Section: Evidence from Brazil (joint with Jesse Matheson and Lívia Menezes)

Martin Foureaux Koppensteiner & Livia Menezes (2020). Violence and Human Capital Investments, forthcoming at Journal of Labor Economics, 2020.
View abstract
In this paper, we combine extremely granular information on the location and timing of homicides with a number of large administrative educational datasets from Brazil, to estimate the effect of exposure to homicides around schools, students' residence, and on their way to school. We show that violence has a detrimental effect on school attendance, on standardised test scores and increases dropout rates of students substantially. We use exceptionally rich information from student- and parent-background questionnaires to investigate the effect of violence on the aspirations and attitudes towards education. We find that boys systematically report lower educational aspiration towards education.
Olukorede Abiona, Martin Foureaux Koppensteiner (2019). Financial Inclusion, Shocks and Welfare: Evidence from the Expansion of Mobile Money in Tanzania, Journal of Human Resources, forthcoming, 2019.
Martin Foureaux Koppensteiner (2017). Class Assignment and Peer Effects: Evidence from Brazilian Primary Schools, Scandinavian Journal of Economics, 296-325.
Martin Foureaux Koppensteiner, Marco Manacorda (2016). The Effect of Violence on Birth Outcomes: Evidence from Homicides in Brazil, Journal of Development Economics, 119: 16-33.
Martin Foureaux Koppensteiner (2014). Automatic Grade Promotion and Student Performance: Evidence from Brazil, Journal of
Development Economics, 107: 277-290.
Martin Foureaux Koppensteiner; Jesse Matheson (2020). Secondary Schools and Teenage Childbearing: Evidence from the school expansion in Brazilian municipalities. Forthcoming (2020) at World Bank Economic Review.
View abstract
This article investigates the effect of increasing secondary education opportunities on teenage fertility in Brazil. We construct a novel dataset to exploit variation from a 57% increase in secondary schools across 4,884 Brazilian municipalities between 1997 and 2009. We find that an increase of one school per 100 females reduces a cohort’s teenage birthrate by between 0.250 and 0.563 births per 100, or a reduction of one birth for roughly every 50 to 100 students who enroll in secondary education.