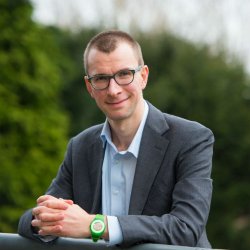 Dr Oldfield gained an MEng in Mechanical Engineering from the University of Liverpool. Staying at the University, he obtained his PhD on the 'Harmonic Excitation of Bolted Joints' in the Structural Mechanics group. Following his PhD, he spent two years working in the Civil Service before re-entering academic life at Brunel University. While there, in two postdoctoral positions, he investigated the optimal design of inertial, piezoelectric MEMs devices and the use of pattern recognition techniques in the dynamic analysis of structures.

After leaving Brunel University, Dr Oldfield took a position in the Mechatronics in Medicine Laboratory at Imperial College. In a group focussing on medical applications of robotic technology, his main work was numerical modelling in a team developing a steerable needle for use in neurosurgery. He investigated finite element modelling of needle cutting and the interactions allowing a soft surgical catheter to navigate tissue. The experimental validation of this work has also led to an interest in digital image correlation measurement techniques and the properties of soft solids. Dr Oldfield was part of a team that developed methods to analyse the insertion mechanics of a needle, inside a soft tissue phantom, with sub-millimetre resolution. While with the Mechatronics in Medicine Laboratory, he also led a project team that produced a novel retraction device for thyroid surgery performed with the daVinci robot.

Following seven years at Imperial College, Dr Oldfield left to take up his position, here, at the University of Surrey.