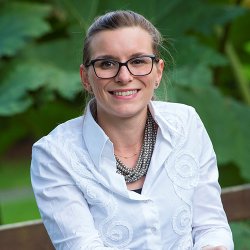 Dr Paola Campagnolo is currently Lecturer of Molecular Cardiovascular Biology in the School of Biosciences and Medicine, Faculty of Health and Medical Sciences. Paola graduated in Biotechnology at the University of Padua, Italy. She then moved to Bristol to work under the supervision of Prof Paolo Madeddu at Bristol Heart Institute. In 2009, Paola completed her PhD in Cardiovascular Biology working on the isolation of a patient derived pro-angiogenic progenitor cell population. Next, Paola joined Prof Qingbo Xu's the BHF Centre of Excellence at King's College London as a BHF Research Associate to explore the use of stem cells for the repopulation of vascular grafts. In 2013, Paola joined Prof Molly Stevens' group at the Department of Materials at Imperial College London to undertake the study of novel bio- and nano- materials for cardiovascular tissue engineering.Paola has published extensively in top journals in the field of cardiovascular biology and material science with a total of over 646 citations.Paola is part of the editorial board of Editorial Board of Cardiovascular Biologics and Regenerative Medicine (specialty section of Frontiers in Cardiovascular Medicine), act as a reviewer for several journals, including PLoSONE and ATVB and is part of the reviewing board for the French National Agency of Research and the Italian Ministry of Health.