Dr Patrizia Camelliti is a Lecturer in Cardiovascular Biology in the School of Biosciences and Medicine, Faculty of Health and Medical Sciences. Patrizia graduated in Biological Sciences (magna cum laude) from the University of Milan, Italy. She then moved to the University of Oxford, to undertake a DPhil under the joint supervision of Prof Peter Kohl (Department of Physiology, Anatomy and Genetics, Oxford) and Prof Colin Green (University of Auckland, New Zealand). After completing her DPhil, Patrizia was awarded a Junior Research Fellowship at Christ Church College, University of Oxford, and an EP Abraham Cephalosporin research grant, to pursue research at the interface between cardiac physiology and bioengineering. She then received a Fellowship from Imperial College and moved to the Myocardial Function section at the National Heart and Lung Institute, Imperial College London, where she extensively validated the cardiac slice preparation, a representative in vitro model of the heart suitable for a wide range of biological and pharmacological applications.

Patrizia's research has been published in high impact journals, with 3 Journal Covers and over 2,850 citations. She has presented her work at many international scientific conferences, including the AHA Scientific Sessions, Heart Rhythm, and the European Society of Cardiology, and as invited speaker at several Universities, including Tianjin Medical University (China), University of Tübingen (Germany), Nara Medical School (Japan), Dresden University of Technology (Germany), Southwestern Medical Center (Dallas, US), and Montreal Heart Institute (Canada).

Patrizia is a review editor for Frontiers in Cardiac Electrophysiology, and a member of the UK Physiological Society, the British Society for Cardiovascular Research, the European Society of Cardiology, the International Society for Heart Research and the Biophysical Society.

During her career Patrizia has developed and validated a number of novel research methods and tools, including advanced structured cell cultures, myocardial slices and state of the art imaging techniques (multiphoton microscopy, optical mapping, electron tomography and advanced immunohistochemistry). Her current research continues to develop and utilize these methods and she is keen to develop new collaborations with likeminded scientists.

I have two major research interests:

(1) Characterise the multicellular mechanisms involved in the functional and structural remodelling that occurs in ischaemic, non-ischaemic and genetic heart diseases, for the development of novel pharmacological, cell and gene therapies.This research uses living cardiac tissue slices and a combination of structure-function assays, including multi-electrode arrays, optical mapping (voltage and calcium), confocal and multiphoton microscopy, and molecular biology.

(2) Elucidate the active role that cardiac fibroblasts - the largest cell population in the heart - play in the co-ordination and regulation of heart function under physiological and pathological conditions. Specifically, we are investigating how fibroblast-myocyte cross-talk affects myocyte electrophysiology and fibroblast phenotype via direct cell coupling and/or paracrine communication. 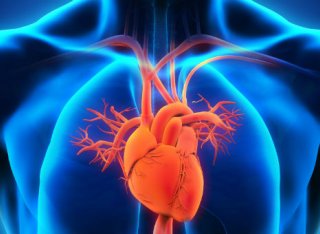 University of Surrey researchers awarded over £100,000 to explore how stem cells could heal damage caused by heart attacks 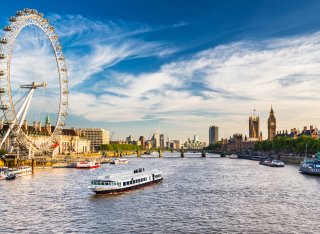