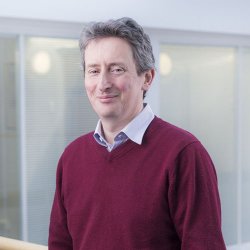 I am Professor of Medical Radiation Imaging in The Centre for Vision Speech and Signal Processing (CVSSP). I joined the university in 2012 with a track record of 25 years in the field of medical radiation imaging and radiotherapy technology. Joining a world leading centre in CVSSP, and a university with such a great portfolio of science and engineering activity as Surrey, was a great opportunity to contribute to the development of the next generation of medical technology.

I am mamber of the Trial Management Group for the IMPORT LOW and IMPORT HIGH Breast Radiotherapy Trials. For more information see: http://www.cancerresearchuk.org/about-cancer/find-a-clinical-trial/a-trial-comparing-different-ways-of-giving-radiotherapy-for-low-risk-early-stage-breast-cancer http://www.cancerresearchuk.org/about-cancer/find-a-clinical-trial/a-trial-comparing-different-ways-of-giving-radiotherapy-for-early-stage-breast-cancer My main interest in these trials has been in medical imaging. This work has led to a NIHR/MRC funded project, IMPORT-IGRT and national recommendations for imaging to verify the accuracy of radiotherapy for breast cancer: https://www.journalslibrary.nihr.ac.uk/programmes/eme/0915016/#/

I am a member of The National Cancer Research Institute CTRad (Clinical and Translational Radiotherapy Research Working Group) since 2015 I have been joint chair of Workstream 4 and an Executive Board Member. For more information see: http://ctrad.ncri.org.uk/

In January 2018 I took on the role of CVSSP and NPL (National Physical Laboratory) Professor of Medical Imaging. The purpose of this activity is to develop the relationship between Surrey University and NPL in medical related research and other activities. 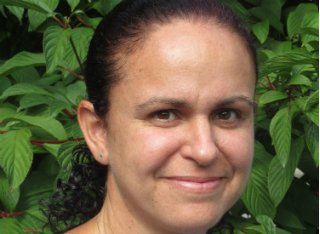 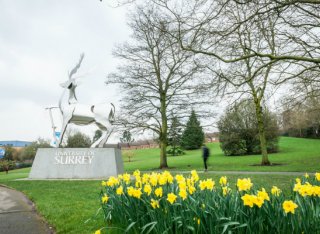 My main research interests involve the application of physics and engineering to medical imaging problems, particularly in radiotherapy. Below are listed some of my current projects:

With researchers at The Royal Surrey Hospital, Alliance Medical Limited and The National Physical Laboratory we are developing quantitative radiomics methods with application to cancer. The main application is to lung cancer where we have developed some promising biomarkers and have evaluated the robustness of some common raidomics markers. In this context there is strong evidence that some features in medical images are a good indication of the likely outcome of the treatment. Such features include metabolism and measures of texture. We are investigating how this may be used to improve patient treatments and predict outcome. We are also investigating how methods of analysis of “big data” might be used to provide greater power in understanding the relationship between imaging and other patient measurements and the success of the treatment.

A major project has evaluated the use of imaging during treatment to improve accuracy of breast radiotherapy. This was carried out as part of a national trial called IMPORT HIGH: http://www.cancerresearchuk.org/about-cancer/trials/a-trial-comparing-different-ways-of-giving-radiotherapy-for-early-stage-breast-cancer. The results of the study are shortly to be published by The National Institute of Healthcare Research and show a clear benefit from using “image guidance” in terms of reduced dose to non-target tissues: http://www.nets.nihr.ac.uk/projects/eme/0915016.

With Elekta Limited and the National Physical Laboratory we are developing methods to allow standardisation of imaging and treatment in MRI guided radiotherapy to support the exciting new concept of the MR Linac dveloped by Elekta.

Ultrasound is a very important imaging method in cancer. It is often used in in conjunction with CT in a treatment called brachytherapy, in which radioactive sources are placed inside the body. Our collaborators at the Royal Surrey are leaders in this treatment method. We are investigating how new approaches to ultrasound, tracking methods and image processing may be used to help develop highly accurate treatments in image guided brachytherapy.

Proton beam radiotherapy is an advanced form of cancer treatment that is seeing great investment in the UK. A major challenge with proton radiotherapy is imaging the patient to ensure the treatment is delivered accurately. Ideally this would be carried out using the proton beam, but this presents several major challenges. The CVSSP medical imaging group were originating members of the Pravda consortium which has developing new imaging methods to obtain 3D images of the patient using the proton beam. This work combining novel detectors and methods of “reconstructing” an image of the patient. Surrey's contribution is in developing the image reconstruction: We presented our work at the 2014 Royal Society Summer Science Exhibition: http://sse.royalsociety.org/2014. This work continues with collaborations within the university and with proton radiotherapy providers.

The University of Birmingham

Aaron Axford is researching for a PhD in "Standardisation of Magnetic Resonance Imaging in Radiotherapy". This project is in partnership with Elekta Limited and The National Physical Laboratory

Helen Wang is researching for a PhD in "Texture Analysis in Radiotherapy". This project is in partnership with Alliance Medical Limited, The Royal Surrey Hospital and The National Physical Laboratory

George Papachristodoulou is researching for a PhD in "New Imaging Techniques for Brachytherapy". This project is in partnership with The Royal Surrey Hospital

Dr Sheaka Alobaidli completed a PhD in "Functional Imaging and Texture Analysis in Radiotherapy Planning (FiNiTe RT)". This project was in partnership with The Royal Surrey Hospital and Alliance Medical Limited

Greg Smyth at the Royal Marsden NHS Foundation Trust and Institute of Cancer Research is research for a PhD in "Dynamic couch rotation during volumetric modulated arc therapy (DCR-VMAT)". His supervisors and Dr James Bedford and Prof Jeff Bamber at RMH/ICR and me.

An apical region of interest (ROI) of lung parenchyma was extracted from a standard radiotherapy planning CT scan. Software using a grey level co-occurrence matrix (GLCM) assigned an entropy score to each voxel, based on its similarity to the voxels around it. Density and entropy scores were compared between a cohort of fit patients (defined as FEV1 and TLCO above 50% predicted value) and unfit patients (FEV1 or TLCO below 50% predicted).

This study shows that a novel intervention can generate further data from standard CT imaging. This data could be combined with existing studies to form a multi-organ patient fitness assessment from a single CT scan.

Purpose Proton CT is widely recognised as a beneficial alternative to conventional X-ray CT for treatment planning in proton beam radiotherapy. A novel proton CT imaging system, based entirely on solid-state detector technology, is presented. Compared to conventional scintillator-based calorimeters, positional sensitive detectors allow for multiple protons to be tracked per read out cycle, leading to a potential reduction in proton CT scan time. Design and characterisation of its components are discussed. An early proton CT image obtained with a fully solid-state imaging system is shown and accuracy (as defined in Section IV) in Relative Stopping Power to water (RSP) quantified.

Method A solid-state imaging system for proton CT, based on silicon strip detectors, has been developed by the PRaVDA collaboration. The system comprises a tracking system that infers individual proton trajectories through an imaging phantom, and a Range Telescope (RT) which records the corresponding residual energy (range) for each proton. A back-projection-then-filtering algorithm is used for CT reconstruction of an experimentally acquired proton CT scan.

Results An initial experimental result for proton CT imaging with a fully solid-state system is shown for an imaging phantom, namely a 75 mm diameter PMMA sphere containing tissue substitute inserts, imaged with a passively-scattered 125 MeV beam. Accuracy in RSP is measured to be 1.6% for all the inserts shown.

Conclusions A fully solid-state imaging system for proton CT has been shown capable of imaging a phantom with protons and successfully improving RSP accuracy. These promising results, together with system the capability to cope with high proton fluences (2x108 protons/s), suggests that this research platform could improve current standards in treatment planning for proton beam radiotherapy.