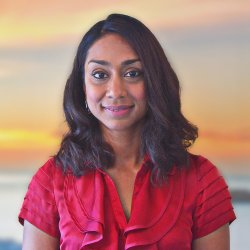 Faculty of Health and Medical Sciences.

Overview One Health is an increasingly popular approach used to tackle complex health problems. The One Health concept recognizes that human health is tightly connected to the health of animals and the environment. Although the related fields are now more aware of the benefits of collaborative working, the full benefits have not yet been realized as research efforts are often focussed on just one of these health domains. To address regional and global issues such as foodborne zoonoses (FBZ), antimicrobial resistance (AMR) and emerging infectious threats (ET), there must be transdisciplinary collaboration between the health domains, in addition to active dialogue between scientists and international policy makers. This editorial introduces the One Health European Joint Programme (OHEJP) as an example of a One Health initiative. Zoonoses, AMR and their global burden Zoonoses are infectious diseases that can be transmitted directly or indirectly between humans and animals. Although the severity of zoonotic infections varies, their global impact is undisputable. The World Bank estimates that just six zoonotic disease outbreaks between 1997 and 2009 led to a global economic loss of US$ 80 billion [1]. This high cost is due to medical costs, loss of individual productivity and restrictions on trade and movement during outbreaks. Despite improvements in the management and treatment of zoonotic outbreaks, high disease burdens caused by zoonotic pathogens continue to be reported globally. These problems have been amply demonstrated recently by the SARS-CoV-2 pandemic. Although it is still too soon to fully assess the total economic and societal cost of this virus, recent publications, such as Nicola et al. [2] have begun to highlight just how widespread the impact of a truly global zoonotic disease can be. Alongside zoonoses, AMR is a growing international issue. The World Health Organization (WHO) has listed AMR as one of the ten greatest global health threats in 2019 [3]. AMR is defined as the ability of microorganisms to survive the effect of antimicrobial drugs, hindering not only our ability to treat infectious diseases, but also to perform medical procedures requiring prophylactic antibiotic administration. It has been predicted that by 2050, the number of deaths due to unresponsive infections will reach 10 million annually, with the associated costs being estimated at US$ 100 trillion [4]. Increased and inappropriate use of antimicrobials has contributed to the development and spread of AMR, which can be transmitted between humans, animals and the environment. The history of the ‘One Health’ concept The origins of One Health go as far back as 1855, when Rudolf Virchow founded comparative pathology, which could be seen as the origin of the One Health concept. Building upon this, Calvin W. Schwabe argued in the twentieth century against compartmentalization in medical research, using the term ‘One Medicine’. The term One Health was then popularized in 2004 by the Wildlife Conservation Society at a conference in New York [5], and its use has continued to evolve since then, fostering the revival of comparative medicine (Fig. 1, and reviewed in Gibbs [6]). One Health has now been adopted by the WHO [7], the Food and Agriculture Organization (FAO) [8] and the World Organization for Animal Health (OIE) [9].

Tuberculosis (TB) is the most lethal bacterial infectious disease worldwide. It is notoriously difficult to treat, requiring a cocktail of antibiotics administered over many months. The dense, waxy outer membrane of the TB-causing agent, (Mtb), acts as a formidable barrier against uptake of antibiotics. Subsequently, enzymes involved in maintaining the integrity of the Mtb cell wall are promising drug targets. Recently, we demonstrated that Mtb lacking malic enzyme (MEZ) has altered cell wall lipid composition and attenuated uptake by macrophages. These results suggest that MEZ contributes to lipid biosynthesis by providing reductants in the form of NAD(P)H. Here, we present the X-ray crystal structure of MEZ to 3.6 Å. We use biochemical assays to demonstrate MEZ is dimeric in solution and to evaluate the effects of pH and allosteric regulators on its kinetics and thermal stability. To assess the interactions between MEZ and its substrate malate and cofactors, Mn and NAD(P), we ran a series of molecular dynamics (MD) simulations. First, the MD analysis corroborates our empirical observations that MEZ is unusually flexible, which persists even with the addition of substrate and cofactors. Second, the MD simulations reveal that dimeric MEZ subunits alternate between open and closed states, and that MEZ can stably bind its NAD(P) cofactor in multiple conformations, including an inactive, compact NAD form. Together the structure of MEZ and insights from its dynamics can be harnessed to inform the design of MEZ inhibitors that target Mtb and not human malic enzyme homologues.