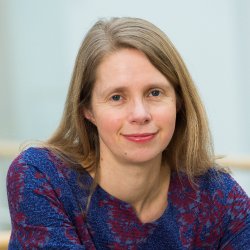 Faculty of Arts and Social Sciences, Department of Sociology.

I am Professor of Sociology in the Department, and have held roles as Head of Department (2012-16) and Associate Dean for the Doctoral College (2017-19). I am currently an executive editor of the British Journal of Sociology of Education, a member of Governing Council of the Society for Research into Higher Education, and a member of the education sub-panel for REF 2021. 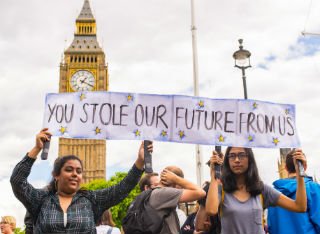 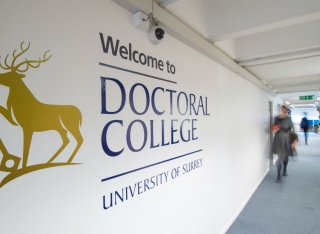 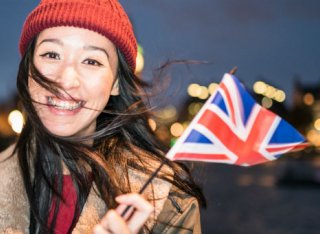 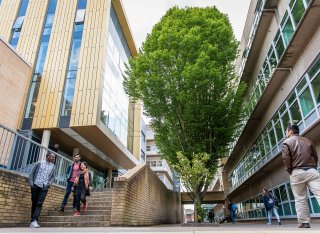 There are over 35 million students within Europe and yet, to date, we have no clear understanding of the extent to which understandings of ‘the student’ are shared. This project (which runs from 2016-2021, funded by a European Research Council Consolidator Grant) thus investigates how the contemporary higher education student is conceptualised and the extent to which this differs both within nation-states and across them. This is significant in terms of implicit (and sometimes explicit) assumptions that are made about common understandings of ‘the student’ across Europe – underpinning, for example, initiatives to increase cross-border educational mobility and the wider development of a European Higher Education Area. It is also significant in relation to exploring the extent to which understandings are shared within a single nation and, particularly, the degree to which there is congruence between the ways in which students are conceptualised within policy texts and by policymakers, and the understandings of other key social actors, such as the media, higher education institutions and students themselves. You can read more about the project here.

Together with Johanna Waters, a geographer based at UCL, I am writing a book, entitled Student Mobilities and Migration, to be published next year. We are also conducting research on the extent to which mobile students can be considered to be part of ‘knowledge diasporas’, and patterns of student migration from East Asia to elite UK higher education institutions.

Beginning in November 2020, I will be working with colleagues at UCL and the University of Oxford on a project exploring the supranational space in higher education policy – i.e. the ways in which policy is formed, disseminated and implemented above or beyond nation-states. This is part of the ESRC-funded Centre for Global Higher Education.

I am working with my colleague Paul Hodkinson at Surrey on a project about fathers who have taken on substantial responsibilities for caring for young children. Based on a series of interviews with fathers who were equal or primary carers for children age 3 or under, we have written two articles and a book about the circumstances that enable and constrain equal or primary caring among UK fathers, and the everyday realities of such care. We will be conducting a follow-up study of the fathers in the near future.

I am an experienced supervisor of postgraduate researchers and would be keen to receive proposals for doctoral work in any of the following areas: sociology of education (particularly higher education); education policy; youth studies; and sociology of the family.

In the 2020-21 academic year I am teaching Current Sociology (with Katherine Hubbard) and Field Methods (with Tom Roberts).

Brooks R, Fuller A, Waters J (2012) Changing Spaces of Education. New perspectives on the nature of learning, Routledge
In today?s modern climate, education and learning take place in multiple and diverse spaces. Increasingly, these spaces are both physical and virtual in nature. Access to and use of information and communication technologies, and the emergence of knowledge-based economies necessitate an understanding of the plurality of spaces (such as homes, workplaces, international space and cyberspace) in which learning can take place. The spaces of policy making with respect to education are also being transformed, away from traditional centres of policy formation towards the incorporation of a wider range of actors and sites. These changes coincide with a more general interest in space and spatial theory across the social sciences, where notions of simultaneity and diversity replace more modernist conceptions of linear progress and development through time.

This volume proffers a unique perspective on the transformation of education in the 21st century, by bringing together leading researchers in education, sociology and geography to address directly questions of space in relation to education and learning. This collection of essays:

"inspects the ways in which the meanings attached to education and learning change in different national and regional contexts.

Changing Spaces of Education is an important and timely contribution to a growing area of concern within the social sciences and amongst practitioners and policy-makers, reflecting an urgent need to understand the ways in which both education and learning are being reconfigured, not just nationally, but also internationally and transnationally. It is essential reading for final-year undergraduates, postgraduates and researchers in geography, sociology, education and policy studies, with an aim, too, of informing policy and practice in this area.

The book is split into two sections. In the first half of the book, the authors consider the broad methodological and contextual concerns of relevance to the design and conduct of youth research, including ethical issues, the importance of context, and the rise of participatory approaches to youth research. The second part of the book focuses on the use of specific research methods in the conduct of youth research, ranging from surveys and secondary analysis through to interviewing, ethnography, visual methods, and the use of the internet in youth research. Throughout the book, the emphasis is on research in practice, and examples are drawn from recent youth research projects from a wide range of disciplines and substantive areas, and from a range of both UK and non-UK contexts.

This is an ideal introduction to the field for novice researchers, in particular students studying and researching in the broad area of youth studies. It should also appeal to practitioners engaged in evaluation of service provision to young people, and to established youth researchers who might wish to explore the potential of using a different set of methods to those with which they are already familiar.

Although there is a growing academic literature on the internationalization of higher education, students' own perspectives - on their motivations, objectives and experiences - are sorely lacking. Student Mobilities, Migration and the Internationalization of Higher Education is intended to address this gap. Its strong empirical focus, drawing on case studies of mobile students from East Asia, mainland Europe and the UK, helps to develop an in-depth understanding of both the commonalities and differences in the experiences of students from different parts of the world who choose to move abroad to pursue a higher education. It discusses the implications of their movement for contemporary higher education and for our understanding of migration more generally.

A careful selection of chapters addresses a range of ethical challenges particularly relevant to contemporary youth researchers. Each chapter identifies an ethical issue that the author has personally experienced in his or her youth research, explains why this was a challenge or dilemma, outlines how the researcher responded to the challenge, and provides advice and draws out broader implications for youth researchers. The chapters are organized around three themes that capture core ethical challenges: power and agency, protection and harm prevention, and trust and respect. The result is a collection that is a rigorous and valuable resource to those embarking on research with young people for the first time as well as supporting the resolution of ethical challenges by more experienced researchers.

In this research, I demonstrate how young people attach significant value to student mobility by discussing it as an acceptable form of ?authentic? travel. Discourses around acceptable forms of travel, I show, stem from the habitus (Bourdieu 1986) of these young people. Secondly, I provide the first in-depth analysis of the key experiences of these students whilst abroad. Drawing on John Urry?s (2002) concept of the tourist gaze, I outline how new experiences away from home create a sense of adventure and novelty. Lastly, this research makes an original contribution to knowledge by developing our understanding of the aspirations of students who have completed a period abroad. Using Bauman?s (1996, 1998) theory of ?tourism?, I demonstrate how young people who have studied and/or worked abroad become seduced by imagined mobile futures. I show how, for these students, their experiences create desires to continue living mobile lifestyles.

Drawing on detailed qualitative research, this timely study explores the experiences of fathers who take on equal or primary care responsibilities for young children.

The authors examine what prompts these arrangements, how fathers adjust to their caregiving roles over time, and what challenges they face along the way.

The book asks what would encourage more fathers to become primary or equal caregivers, and how we can make things easier for those who do. Offering new academic insight and practical recommendations, this will be key reading for those interested in parenting, families and gender, including researchers, policymakers, practitioners and students.

Brooks Rachel, Gupta Achala, Jayadeva Sazana, Abrahams Jessie (2020) Students? views about the purpose of higher education:
a comparative analysis of six European countries,Higher Education Research and Development Routledge
Across Europe, assumptions are often made within the academic literature and by some social commentators that students have come to understand the purpose of higher education (HE) in increasingly instrumental terms. This is often linked to processes of marketisation and neo-liberalisation across the Global North, in which the value of HE has come to be associated with economic reward and labour market participation and measured through a relatively narrow range of metrics. It is also associated with the establishment, in 2010, of the European Higher Education Area, which is argued to have brought about the refiguration of European universities around an Anglo-American model. Scholars have contended that students have become consumer-like in their behaviour and preoccupied by labour market outcomes rather than processes of learning and knowledge generation. Often, however, such claims are made on the basis of limited empirical evidence, or a focus on policies and structures rather than the perspectives of students themselves. In contrast, this paper draws on a series of 54 focus groups with 295 students conducted in six European countries (Denmark, England, Germany, Ireland, Poland and Spain). It shows how understandings of the purpose of HE are more nuanced than much of the extant literature suggests and vary, at least to some extent, by both nation-state and higher education institution. Alongside viewing the purpose of HE as preparing them for the labour market, students emphasised the importance of tertiary-level study for personal growth and enrichment, and societal development and progress. These findings have implications for policy and practice. In particular, the broader purposes of HE, as articulated by the students in this study, should be given greater recognition by policymakers, those teaching in HE, and the wider public instead of, as is often the case, positioning students as consumers, interested in only economic gain.