Dr Russell Mason is a Senior Lecturer in the Institute of Sound Recording (IoSR) at the University of Surrey. He is Programme Director for the Tonmeister programme, teaches Audio Engineering to students in all years of this programme, and conducts research into aspects of perception and measurement of audio. 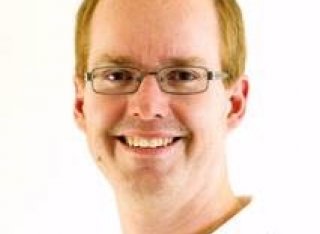 Audio Commons: an Ecosystem for Creatuve Reuse of Audio Content
The Audio Commons Initiative is aimed at promoting the use of open audio content and at developing technologies with which to support an envisioned ecosystem of content repositories, production tools and users (the Audio Commons Ecosystem). These technologies should enable the reuse of this audio material, facilitating its integration in the production workflows of the creative industries. Russell is involved in work to determine the categories of timbral attributes most useful to automatic characterisation of sound library elements, and to research, develop and evaluate automatic methods for semantically annotating sound's non-musical characteristics.
Musical Audio Repurposing Using Source Separation
The aim of this project is to develop a new approach to high quality audio repurposing, based on high quality musical audio source separation. To achieve this we are combining new high resolution separation techniques with information such as musical scores, instrument recognition, onset detection, and pitch tracking. Instead of aiming at generic source separation, we will develop algorithms designed to match the separation performance to the final target (upmixing or remixing). Russell is involved in work developeding new perceptual evaluation measures for source separation, remixing and upmixing, and developing new diagnostic evaluation techniques tailored to measure different aspects of the repurposed outcome.
S3A: Future Spatial Audio for an Immersive Listener Experience at Home
S3A is a major five-year UK research collaboration between internationally leading experts in 3D audio and visual processing, the BBC and UK industry. Its goal is to enable listeners to experience the sense of "being there" at a live event, such as a concert or football match, from the comfort of their living room through delivery of immersive 3D sound to the home. Russell' work is involved in: (i) ascertaining which attributes of reproduced spatial audio are most important to listeners; (ii) identifying any important attributes missing from previous studies; (iii) determining the relationships between the important attributes and listener preference; (iv) modelingl overall spatial quality in terms of the important perceptual attributes; and (v) modelling these perceptual attributes in terms of their physical correlates.

He has previously taught a wide range of modules, including Electronics Practicals, Audio Laboratory, Audio Research Seminars, and Computer Audio Systems. He has also taught Master's level Speech and Audio Processing for the Department of Electrical and Electronic Engineering.

Two objective measurement techniques have been proposed that relate the fluctuations in interaural time difference to one or more attributes of subjective spatial perception. This paper reviews these measurements, discusses how these fluctuations may be created in a real acoustical environment, summarises the experiments carried out to elicit the subjective effect of the fluctuations, and suggests ways in which this research can be applied to sound reproduction.

Jon Francombe, Timothy Brookes, Russell Mason (2017)Automatic text clustering for audio attribute elicitation experiment responses, In: AES 143rd Convention Audio Engineering Society
Collection of text data is an integral part of descriptive analysis, a method commonly used in audio quality evaluation experiments. Where large text data sets will be presented to a panel of human assessors (e.g., to group responses that have the same meaning), it is desirable to reduce redundancy as much as possible in advance. Text clustering algorithms have been used to achieve such a reduction. A text clustering algorithm was tested on a dataset for which manual annotation by two experts was also collected. The comparison between the manual annotations and automatically-generated clusters enabled evaluation of the algorithm. While the algorithm could not match human performance, it could produce a similar grouping with a significant redundancy reduction (approximately 48%).
M Olik, P Coleman, PJB Jackson, J Francombe, R Mason, M Olsen, M Møller, S Bech (2013)A comparative performance study of sound zoning methods in a reflective environment, In: Proceedings of the 52nd AES International Conferencepp. 214-223
Whilst sound zoning methods have typically been studied under anechoic conditions, it is desirable to evaluate the performance of various methods in a real room. Three control methods were implemented (delay and sum, DS; acoustic contrast control, ACC; and pressure matching, PM) on two regular 24-element loudspeaker arrays (line and circle). The acoustic contrast between two zones was evaluated and the reproduced sound fields compared for uniformity of energy distribution. ACC generated the highest contrast, whilst PM produced a uniform bright zone. Listening tests were also performed using monophonic auralisations from measured system responses to collect ratings of perceived distraction due to the alternate audio programme. Distraction ratings were affected by control method and programme material. Copyright © (2013) by the Audio Engineering Society.
Leandro Pires, Maurilio Vieira, Hani Yehia, Tim Brookes, Russell Mason (2020)A NEW SET OF DIRECTIONAL WEIGHTS FOR ITU-R BS.1770 LOUDNESS MEASUREMENT OF MULTICHANNEL AUDIO, In: ICT Discoveries
The ITU-R BS.1770 multichannel loudness algorithm performs a sum of channel energies with weighting coefficients based on azimuth and elevation angles of arrival of the audio signal. In its current version, these coefficients were estimated based on binaural summation gains and not on subjective directional loudness. Also, the algorithm lacks directional weights for wider elevation angles (jfj 30). A listening test with broadband stimuli was conducted to collect subjective data on directional effects. The results were used to calculate a new set of directional weights. A modified version of the loudness algorithm with these estimated weights was tested against its benchmark using the collected data, and using program material rendered to reproduction systems with different loudspeaker configurations. The modified algorithm performed better than the benchmark, particularly with reproduction systems with more loudspeakers positioned out of the horizontal plane.
J Francombe, T Brookes, R Mason, J Woodcock (2020)Evaluation of Spatial Audio Reproduction Methods (Part 2): Analysis of Listener Preference University of Surrey
DOI: 10.15126/surreydata.00809533
Data accompanying the paper "Elicitation of the perceptual differences between spatial audio reproduction methods" by Jon Francombe, Tim Brookes, Russell Mason, and James Woodcock. Including audio stimuli and listening test results.
Jon Francombe (2020)Data to accompany "Determination and validation of mix parameters for modifying envelopment in object-based audio" University of Surrey
DOI: 10.15126/surreydata.00845727
Jon Francombe (2020)Data to accompany "Automatic text clustering for audio attribute elicitation experiment responses" University of Surrey
DOI: 10.15126/surreydata.00841589
Jon Francombe, Russell Mason, Philip Jackson, Timothy Brookes, R Hughes, J Woodcock, A Franck, F Melchior, C Pike (2017)Media Device Orchestration for Immersive Spatial Audio Reproduction, In: Audio Mostly conference on Augmented and Participatory Sound and Music Experiences Proceedings ACM
DOI: 10.1145/3123514.3123563
Whilst it is possible to create exciting, immersive listening experiences with current spatial audio technology, the required systems are generally difficult to install in a standard living room. However, in any living room there is likely to already be a range of loudspeakers (such as mobile phones, tablets, laptops, and so on). ____Media device orchestration" (MDO) is the concept of utilising all available devices to augment the reproduction of a media experience. In this demonstration, MDO is used to augment low channel count renderings of various programme material, delivering immersive three-dimensional audio experiences.
Russell Mason, Francis Rumsey, Bart de Bruyn (2001)An investigation of interaural time difference fluctuations, part 3: the subjective spatial effect of fluctuations in continuous stimuli delivered over loudspeakers, In: 111th AES Conventionpp. 21-24

(The International Telecommunication Union, Radiocommunication Sector (ITU-R) Recommendation BS.1770 for loudness measurement in mutichannel audio is established as a de facto standard for audio companies and de jure for digital broadcasters. Although its frequency weighting accounts for acoustic effects of the head, the model is insensitive to source distance. Listening tests were undertook to investigate the effect of auditory distance perception on loudness of noise, speech, music and environmental sounds. Based on the variations found, an adaptation of the ITU-R algorithm is proposed and evaluated against subject responses. Resulting differences in loudness levels were within the confidence intervals of the level differences indicated by the subjects in source-reciever distances commonly found in living rooms.)