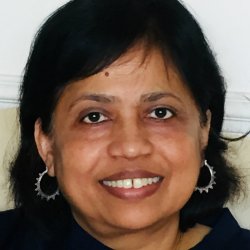 She is an IZA (University of Bonn, Germany) Research Fellow and also an academic member of the European Corporate Governance Institute.

She serves on the editorial board of the Journal of Development Studies (ABS 3*).

My current and recent research in Finance explores the role of networking on firm financing and foreign ownership in corrupt host environment, role of transparency and disclosure laws on firm financing and firm performance, effects of share privatisation on firm performance, effects of managerial compensation on capital structure effect of institutional distance on cross-border acquisition of banks, effects of land reforms on land acquisition and corporate investment.

My research has been funded by the Economic and Social Research Council (UK), Leverhulme Trust, World Bank, European Bank for Reconstruction and Development, International Finance Corporation and the University Global Partnership Network (UGPN).

India's Battle Against Covid-19: A Comparative Perspective (with Sugata Ghosh)

Government of India Budget 2020 – Futility of the Exercise

Reviving the informal sector from the throes of demonetisation (jointly with Kaushik Bhattacharya, Siddhartha Mitra and Bibhas Saha)Ideas for India Perspective 13 February 2017

Demonetisation and GST: Reckless Decisions that Cost the Economy? The Quint 28 November 2017

* Leverhulme Trust funded symposium on "School Privatisation and Universal Education in Asia" for the Oxford Conference on Education and Development, September 2009.

* A symposium on Institutions and Globalisation for the Association of the the Comparative Economic Studies as part of the ASSA meeting in Chicago, January 2012.