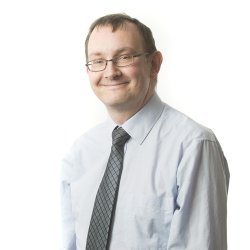 Dr Scott Turner was awarded his Ph.D. in coordination chemistry and EPR spectroscopy from the University of Manchester. He was then awarded a NATO Research Fellowship and decided to work with the late Prof Olivier Kahn at the Université de Paris-Sud XI and subsequently at the Institut de Chimie Matière Condensée de Bordeaux, France. He returned to the UK as an EPSRC PDRA working with Prof Peter Day FRS at the Davy-Faraday Research Laboratory (DFRL). the Royal Institution of Great Britain, famed for its Christmas lecture series and solid state chemistry research.

Dr Turner was appointed to a lectureship at Exeter University, unfortunately just prior to the closure of its chemistry department (2004-2005). After returning to the DFRL and UCL as  a research fellow (2005), he became a Teaching and Research Fellow at Warwick University (2006-2009).This was followed by the briefest stint as a Teaching Fellow at Nottingham University (Feb. 2009 - April 2009). Dr Turner was appointed to a senior lectureship in Solid State Materials at the University of Surrey in May 2009.

MRSC
Member of the Royal Society of Chemistry 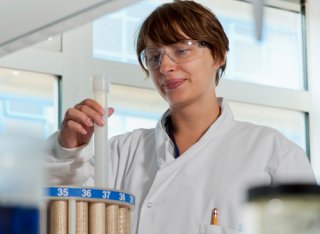 Surrey has the right chemistry for KTP

Dr Turner's research interests are in the design, synthesis and characterisation of materials that have exploitable magnetic properties and/or show appreciable electrical or ionic transport. Past and current projects range from investigating the structure-property correlations in purely organic magnets, paramagnetic superconductors, magnetic coordination polymers, spin crossover materials, magnetic metal organic frameworks, simultaneous proton and electrical conductors, and the discovery of a new type of ferrimagnet. Potential applications are in sensors, data storage, displays and the elucidation of the chemistry and physics of multi-functional materials

Dr Turner specialises in the teaching of inorganic and materials chemistry, although he gained a broad experience in other areas of chemistry. He has designed and taught courses in inorganic chemistry, materials, physical chemistry, mathematics for chemists, chemistry for biologists, spectroscopy, industrial chemistry and key skills. He has taught at all levels 4 to 7 (university levels year 1 to year 4 and masters level). He has designed, run and demonstrated practical classes in all branches of chemistry at all levels.

Currently I am teaching on the following modules

Periodicity and Reactions of the Elements and associated lab classes

Chemistry and Technology of Modern Materials

Structure and Spectroscopy in Inorganic Chemistry