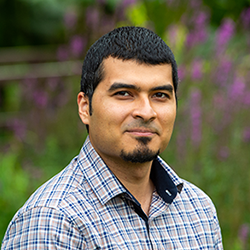 One-class spoofing detection approaches have been an effective alternative to the two-class learners in the face presentation attack detection particularly in unseen attack scenarios. We propose an ensemble based anomaly detection approach applicable to one-class classifiers. A new score normalisation method is proposed to normalise the output of individual outlier detectors before fusion. To comply with the accuracy and diversity objectives for the component classifiers, three different strategies are utilised to build a pool of anomaly experts. To boost the performance, we also make use of the client-specific information both in the design of individual experts as well as in setting a distinct threshold for each client. We carry out extensive experiments on three face anti-spoofing datasets and show that the proposed ensemble approaches are comparable superior to the techniques based on the two-class formulation or class-independent settings.

The one-class anomaly detection approach has previously been found to be effective in face presentation attack detection, especially in an ____textit{unseen} attack scenario, where the system is exposed to novel types of attacks. This work follows the same anomaly-based formulation of the problem and analyses the merits of deploying ____textit{client-specific} information for face spoofing detection. We propose training one-class client-specific classifiers (both generative and discriminative) using representations obtained from pre-trained deep convolutional neural networks. Next, based on subject-specific score distributions, a distinct threshold is set for each client, which is then used for decision making regarding a test query. Through extensive experiments using different one-class systems, it is shown that the use of client-specific information in a one-class anomaly detection formulation (both in model construction as well as decision threshold tuning) improves the performance significantly. In addition, it is demonstrated that the same set of deep convolutional features used for the recognition purposes is effective for face presentation attack detection in the class-specific one-class anomaly detection paradigm.

To counteract spoofing attacks, the majority of recent approaches to face spoofing attack detection formulate the problem as a binary classification task in which real data and attack-accesses are both used to train spoofing detectors. Although the classical training framework has been demonstrated to deliver satisfactory results, its robustness to unseen attacks is debatable. Inspired by the recent success of anomaly detection models in face spoofing detection, we propose an ensemble of one-class classifiers fused by a Stacking ensemble method to reduce the generalisation error in the more realistic unseen attack scenario. To be consistent with this scenario, anomalous samples are considered neither for training the component anomaly classifiers nor for the design of the Stacking ensemble. To achieve better face-anti spoofing results, we adopt client-specific information to build both constituent classifiers as well as the Stacking combiner. Besides, we propose a novel 2-stage Genetic Algorithm to further improve the generalisation performance of Stacking ensemble. We evaluate the effectiveness of the proposed systems on publicly available face anti-spoofing databases including Replay-Attack, Replay-Mobile and Rose-Youtu. The experimental results following the unseen attack evaluation protocol confirm the merits of the proposed model.

—Label distribution Learning (LDL) is the state-of-the-art approach to deal with a number of real-world applications , such as chronological age estimation from a face image, where there is an inherent similarity among adjacent age labels. LDL takes into account the semantic similarity by assigning a label distribution to each instance. The well-known Kullback–Leibler (KL) divergence is the widely used loss function for the LDL framework. However, the KL divergence does not fully and effectively capture the semantic similarity among age labels, thus leading to the sub-optimal performance. In this paper, we propose a novel loss function based on optimal transport theory for the LDL-based age estimation. A ground metric function plays an important role in the optimal transport formulation. It should be carefully determined based on underlying geometric structure of the label space of the application in-hand. The label space in the age estimation problem has a specific geometric structure, i.e. closer ages have more inherent semantic relationship. Inspired by this, we devise a novel ground metric function, which enables the loss function to increase the influence of highly correlated ages; thus exploiting the semantic similarity among ages more effectively than the existing loss functions. We then use the proposed loss function, namely γ–Wasserstein loss, for training a deep neural network (DNN). This leads to a notoriously computationally expensive and non-convex optimisa-tion problem. Following the standard methodology, we formulate the optimisation function as a convex problem and then use an efficient iterative algorithm to update the parameters of the DNN. Extensive experiments in age estimation on different benchmark datasets validate the effectiveness of the proposed method, which consistently outperforms state-of-the-art approaches.

Spoofing attacks on biometric systems can seriously compromise their practical utility. In this paper we focus on face spoofing detection. The majority of papers on spoofing attack detection formulate the problem as a two or multiclass learning task, attempting to separate normal accesses from samples of different types of spoofing attacks. In this paper we adopt the anomaly detection approach proposed in [1], where the detector is trained on genuine accesses only using one-class classifiers and investigate the merit of subject specific solutions. We show experimentally that subject specific models are superior to the commonly used client independent method. We also demonstrate that the proposed approach is more robust than multiclass formulations to unseen attacks.