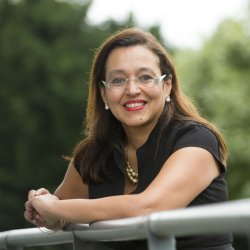 Professor Veronica Rodriguez-Blanco is the inaugural holder of the Chair of Moral and Political Philosophy (Jurisprudence) in the School of Law, University of Surrey and member of the Surrey Centre for Law and Philosophy. She studied law at Oxford University (MJur, Balliol College) and legal philosophy at the University of Cambridge (PhD, Corpus Christi College). Her research is located at the intersection of practical reason, philosophy of action and law. She draws insights from ancient, medieval and contemporary moral psychology and action theory to illuminate the nature of private law, legal authority and normativity. Further details on her current research can be found here:  http://www.philosophyofaction.com/in-conversation-with. Her research has been published in leading journals and she is the author of the monograph Law and Authority Under the Guise of the Good (Oxford: Hart /Bloomsbury Publishing, 2014; paperback edition 2017), where she argues that the understanding of the structure of practical reason sheds light on legal authority and normativity (for a discussion on sections of the book, please follow this link: https://podcast2.ruf.uni-freiburg.de/ub/casts/14/Rechtswissenschaft/Freiburger-Vortraege/2014_12_10_Rodriguez_Blanco.mp4).

Veronica has also co-edited Dignity in Dworkin's Legal and Moral Philosophy ( Oxford: OUP, 2018) and Reasons and Intentions in Law and Practical Agency (Cambridge, Cambridge University Press, 2015). Prof. Rodriguez-Blanco was Alexander Von Humboldt Research Fellow (University of Heidelberg and University of Kiel), Fernand Braudel Senior Research Fellow at the European University Institute (Florence) and Visiting Professor at the University of Stockholm and the University of Vienna. Prof. Rodriguez-Blanco’s research has been funded by the British Academy, the British Council, the Cambridge Overseas Trust, Centre Saint-Ignatius-Antwerp, and the Foundation for the Promotion of Research-Rio de Janeiro (FAPERJ). 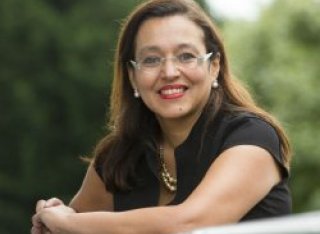 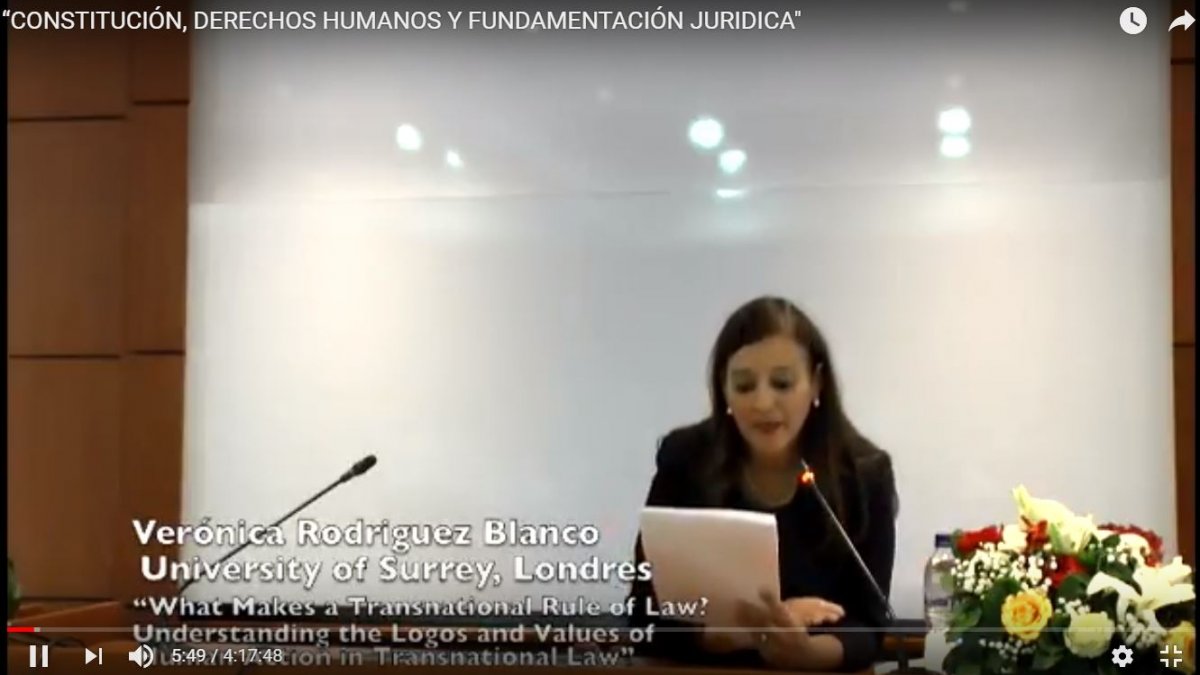 Philosophy of Tort Law, the nature of legal authority and normativity, theories of intention, responsibility and practical reason, transnational legal theory, philosophy of action and theory of contract law. Currently, I scrutinise  ancient and medieval action theory to shed light on legal and moral responsibility.

Prof. Rodriguez-Blanco is happy to receive PhD applications on any of the following topics:

a) Philosophy of Tort Law, e.g. the nature of negligence, theories of responsibility and negligence,  the action/omission distinction, the role of knowledge/ignorance in negligence, causation.

c) Legal Philosophy, e.g. the role of agency in law, the nature of legal normativity.

I will argue that Dworkin’s limiting condition of dignity, whose defining pillars are self-respect and authenticity, cannot establish the required boundaries to guarantee a place for morality in the ethical domain. As a result the ‘constructive model’does not offer a genuine integration between morality and ethics. On the contrary, morality is pushed aside and the remaining space is for ethical responsibilities alone. In Dworkinean language what is left is ‘living well’, i.e. striving to have a good life without limiting conditions. I show that under Dworkin’s constructive model, the ‘source’of the performance and activities in our striving to live well is not necessarilyour rational nature.

(2018)Dignity in Dworkin's Legal and Moral Philosophy Oxford University Press
Rodriguez-Blanco Veronica (2016)Law and Life in Common. By Timothy Macklem OUP ISBN 978-0-19-873581-60, In: Cambridge Law Journal75(2)pp. 440-443 Cambridge University Press
DOI: 10.1017/S0008197316000313
Macklem argues in his book Law and Life in Common that law and legal systems arise from the interplay between reason, will and imagination. He aims to show that critical theories of law, which construe law as will or power, have an element of truth since their focus on the idea of will or power sheds light on the contingent, open and plural features of the law. He aims to unify a) Raz’s Service Conception of Authority, which is grounded on reason; b) critical theories of law, which focus on will (or power), and c) Dworkin’s constructive theory of law which is built around the idea of imagination. Macklem tells us that unification is possible if we admit that each of these theories is incomplete and if we subsequently use this incompleteness to consider the respective notions each theory is grounded in, i.e. reason, will and imagination, to show how a complete and satisfactory picture of law as social practice can emerge.
Rodriguez-Blanco Veronica Processes and Artifacts: The Principles are in the Author Herself, In: Burazin Luka, Himma K. E., Roversi C. (eds.), Law as an Artefact Oxford University Press
In this paper, I argue in favour of a model of intention as diachronically directed to an end. Thus, intention is conceived as an activity, process or bringing about of an object or state of affairs. This model explains how we effectively produce artefacts and specific kinds of artefacts which are institutional facts, including law. Furthermore, I reject the model of intention as a mental state since it cannot explain how mental states are effectively connected to its intended effects. The alternative solution advanced by the classical tradition and some contemporary authors, such as Anscombe, provides the idea of intention as a process of bringing about something. Intentions run parallel to our capacities for reasoning and this process creates an order to reasons that makes intelligible the product of the process. This sheds a new light on the idea that law is an artefact and therefore something that we bring about in the world.
Rodriguez-Blanco Veronica, Zambrano Pilar (2018)One Myth of the Classical Natural Law Theory: Reflecting on the 'Thin' view of Legal Positivism, In: Ratio Juris31(1)pp. 9-32 Wiley
DOI: 10.1111/raju.12196
Much controversy has emerged on the demarcation between legal positivism and non-legal positivism with some authors calling for a ban on the -as they see it- nonsensical labelling of legal philosophical debates. We agree with these critics; simplistic labelling cannot replace the work of sophisticated and sound argumentation. In this paper we do not use the term ‘legal positivism’ as a simplistic label but identify a specific position which we consider to be the most appealing and plausible view on legal positivism. This is the view advocated by Gardner in his paper 'Legal Positivism: 5½ Myths’ (Gardner 2001, 199), where he carefully scrutinises the most convincing and unifying postulates of legal positivism, which he calls “the thin view”. The study shows that this thin view presupposes an empirical conception of action that is untenable and implausible since it makes acts of engagement with the law unintelligible to an observer of such acts. The paper is divided into six sections. §1 aims to give an accurate and charitable explanation of Gardner’s thin view of legal positivism, which includes the possibility of recognising actions of engagement with the law that are inert. Section 2 sets the stage for the critical discussion using the example of a fictional country called DYSTOPIA where King Positus promulgates law with the aim of causing chaos in the activities of the citizens. The question we ask is, ‘What enables an imaginary observer to recognise what Gardner calls ‘acts of engagement’ with the law? In order to provide a plausible answer to this question we argue in sections 3 and 4 both that Gardner’s thin conception of legal positivism presupposes an empirical view of human action and that the sound conception of human action cannot be an empirical one. We use what we call Anscombe’s ‘institutional transparency thesis’ defended in ‘On Brute Facts’ (Anscombe 1958, 69) to show that the intelligibility of human action presupposes an institutional context but does not entail a description of that context. In §4 we stay with the example of DYSTOPIA to show that an imaginary observer cannot know whether or not there is a legal system in DYSTOPIA unless he/she understands the purpose of an institution that has already been learned within an institutional context. This conception of action is purposeful as opposed to empirical. §5 argues that the paradigm or central-case methodology, as opposed to the necessary and/or sufficient conditions methodology, used to understand social practices, including law, has at its centre the non-empirical view that human action and its purpose is given rather than discovered. Through this indirect argumentative strategy one myth of classical natural law is therefore dispelled. We argue that classical natural law does not aim to discover through moral facts or moral ideals the suitable ends to the kind of creatures we are, because this is not how ends participate in our practical reasoning and actions. On the contrary, ends are already given and our laws, games, ways of loving, thinking, enjoying and living our lives all aim at better understanding these given ends.