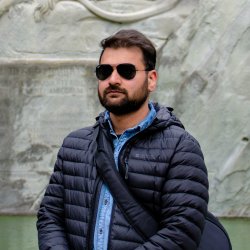 He has a decade of Industry experience in the field of Mobile Communications and has done extensive work in Huawei RAN and HetNet feature trials. He is a Huawei Certified Network Professional (HCNP) for LTE Networks. He has held several senior positions, including Chief Technical Support (TS), in various modernization projects in Huawei. During his tenure in Huawei, he played a crucial role in the successful delivery of two complex and pilot HetNet projects (6-sector deployment and U900 deployment using 3.8MHz bandwidth). He has also worked in Huawei Central Network Analysis & Core Team-India (CNAC) along with Huawei R&D team for RAN 15/16 feature trials and network-wide implementation during which he played a key role in the deployment of one of India’s first DC-HSDPA Network for Bharti Airtel-Chennai. He has also received several awards while working in the industry, some of them are; Huawei Future Star award, Huawei Star Performer award, Best Radio Network Optimizer award etc.

Mao Chunxu, Khalily Mohsen, Singh Vikrant, Xiao Pei (2020) Low-Profile Vertically Polarized Wearable Antenna with Omni-Directional Radiation,2020 IEEE International Symposium on Antennas and Propagation and North American Radio Science Meeting
In this paper, a single-layer planar antenna with vertical polarization and omni-directional radiation is proposed for wearable applications. The antenna consists of two identical shorted patches which are face-to-face located and fed by a microstrip line at the center. Due to the structural symmetry, the current distribution and electric-field distribution are symmetrical regarding the feed, which result in vertical linear polarization normal to the antenna and omni-directional radiation pattern in the azimuthal plane. To verify the design concept, an antenna prototype operating at 2.45 GHz is designed, fabricated and tested. Measured results concur well with the simulations, showing that the antenna has a good impedance matching, omnidirectional radiation pattern, and vertical polarization in the band of interest. The proposed antenna can be a good candidate for wearable and other wireless communication systems.
Serghiou Demos, Khalily Mohsen, Singh Vikrant, Araghi Ali, Tafazolli Rahim (2020) Sub-6 GHz Dual-Band 8×8 MIMO Antenna for 5G Smartphones,IEEE Antennas and Wireless Propagation Letters Institute of Electrical and Electronics Engineers (IEEE)
In this letter, a dual-band 8x8 MIMO antenna that operates in the sub-6 GHz spectrum for future 5G multiple-input multiple-output (MIMO) smartphone applications is presented. The design consists of a fully grounded plane with closely spaced orthogonal pairs of antennas placed symmetrically along the long edges and on the corners of the smartphone. The orthogonal pairs are connected by a 7.8 mm short neutral line for mutual coupling reduction at both bands. Each antenna element consists of a folded monopole with dimensions 17.85 x 5mm2 and can operate in 3100-3850 MHz for the low band and 4800-6000 MHz for the high band ([S11] Â -10dB). The fabricated antenna prototype is tested and offers good performance in terms of Envelope Correlation Coefficient (ECC), Mean Effective Gain (MEG), total efficiency and channel capacity. Finally, the user effects on the antenna and the Specific Absorption Rate (SAR) are also presented.
Singh Vikrant, Khalily Mohsen, Amlashi Salman Behboudi, Carey J. David, Tafazolli Rahim (2020) Fully-Transparent Transmission Surface for Outdoor-Indoor mmWave Coverage Enhancement,5th International Conference on UK-China Emerging Technologies (UCET)
This paper presents a fully-transparent and novel frequency selective surface (FSS) that can be deployed instead of conventional glass to reduce the penetration loss encountered by millimeter wave (mmWave) frequencies in typical outdoorindoor (O2I) communication scenarios. The presented design uses a 0:035 mm thick layer of indium tin oxide (ITO), which is a transparent conducting oxide (TCO) deposited on the surface of the glass, thereby ensuring the transparency of the structure. The paper also presents a novel unit cell that has been used to design the hexagonal lattice of the FSS structure. The dispersion and transmission characteristics of the proposed design are presented and compared with conventional glass. The presented FSS can be used for both 26 GHz and 28 GHz bands of the mmWave spectrum and offers a lower transmission loss as compared to conventional glass without any considerable impact on the aesthetics of the building infrastructure.