Beyond the visual: Augmented reality in spaces of exhibition

Imagine walking around touristic environments (museums, galleries, etc.) and by pointing your phone at an exhibit you are given the option to view a video, read a description or identify another relevant exhibit. This enriching experience has the potential to provide a personalised virtual tour and remove the need for clunky headsets. Existing approaches are dependent on GPS which is unavailable inside a building and therefore a different approach is needed. The project will explore the type and form of the augmented content that should be displayed, based on the context of the location and the tourist within a room.

The project has three objectives aims:

The project has successfully run public trials at Watts Gallery and The Lightbox, both of which combined location-based audio and images and augmentation of paintings to evaluate the impact that this variety of augmentation has on the visitor experience.

The use of Augmented Reality on mobile phones and tablets has risen in popularity over the last few years. For example, Layar provides a generic augmented reality platform, or Google Sky Map, which provides a star gazing application.

However, such systems are dependent on receiving a GPS signal to locate them in order to display the appropriate augmented content. As such they do not function within buildings. Some approaches, for example Junaio, have utilised markers, somewhat similar to 2D barcodes, to try and provide points of reference. Another approach used image recognition of paintings in art galleries to provide the contextual reference point.

The use of image recognition is sufficient for art galleries, since the domain is fairly narrow and the viewing angle of the art works is well defined, generally straight on. However, for installations and museums, whereby three dimensional items are on display, for example a dinosaur, the viewing angle is potentially 360 degrees, making the image recognition approach infeasible. The use of marker images suffers from a similar problem, whereby the viewing angle of the visitor is restricted to that of the marker image, not the object on display. Augmented reality should supplement the experience, not define it. 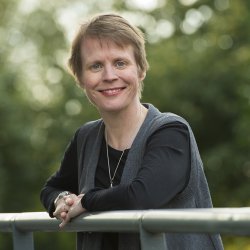 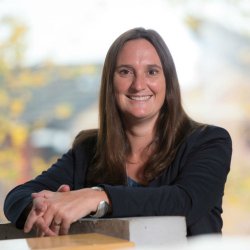 Professor of Technology in Society