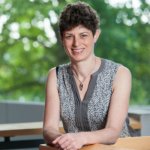 Dr Clare Rusbridge graduated from the University of Glasgow in 1991 and following an internship at the University of Pennsylvania and general practice in Cambridgeshire, she completed a BSAVA/Petsavers Residency and was Staff Clinician in Neurology at the Royal Veterinary College. She became a Diplomate of the European College of Veterinary Neurology in 1996 and a RCVS Specialist in 1999. In 2007 she was awarded a PhD from Utrecht University for her thesis on Chiari-like malformation & Syringomyelia.

For 16 years she operated a neurology and neurosurgery referral service at the Stone Lion Veterinary Hospital in Wimbledon. In September 2013 Clare joined Fitzpatrick Referrals and the University of Surrey. Her professional interests include epilepsy, neuropathic pain, inherited diseases, and rehabilitation following spinal injury. She treats many animals with painful and/or distressing inherited disease which motivates her research aiming to find a better way of diagnosing, treating and preventing these conditions. She was awarded the J. A. Wright (a.k.a. James Herriot) Memorial Award by The Blue Cross Animal Welfare Charity in 2011 for her work with syringomyelia, in 2014 she received the FECVA award for best original paper also on syringomyelia and in 2016 she was made a Fellow of the Royal College of Veterinary Surgeons for meritorious contribution to knowledge. Clare is has authored or co-authored over 90 scientific articles and book chapters including being co-editor for a medical textbook on Syringomyelia published by Springer.