Improving the policy response to infectious disease: The case of dengue in Brazil

Brazil has a problem with the dengue virus. Today, it has the greatest number of dengue cases in the world. They are running the most expensive programme in the world to try and control it, using a huge amount of tax payers money. Vaccines are available, but due to the high cost they are not routinely provided in the population.

The benefits of the work being carried out to try and rid Brazil of this deadly virus are very difficult to measure, and part of the problem stems from missing cost estimates of the full consequences of dengue infections on the country.

For example, little is known to date about the effect of maternal dengue infections. Estimates rely on small scale studies focusing on mothers admitted to hospital, likely leading to biased estimates due to selection.

Nothing is known about the direct cost due to the increase of new-born children admitted to neonatal ICU in the aftermath of maternal dengue infections, where neonatal ICU hospital admissions is one of the most cost intensive hospitalisations. Similarly, little is known about the consequences of dengue infections of children on their schooling outcomes.

Missing data such as this makes it difficult for policymakers to engage in cost-benefit analysis on the highly expensive control programmes and vaccine programmes.

This ESRC IAA funded project led by Dr Martin Koppensteiner, focuses on providing new estimates of the cost of this neglected tropical disease. Working with the Brazilian State Secretariat, he will be gathering data on the consequences of dengue fever on human capital in order to inform policymakers and help them make the right choices to fight the disease.

Martin will provide evidence which will be new to policymakers, on the consequences of maternal dengue on the health of the unborn child, and will be able to estimate the effect of dengue infections of school-age children on their school performance and the effect infections by teachers have on the supply of schooling. He will also be educating policymakers on the effect of dengue infections on the labour supply and career trajectories of Brazilian workers, focusing on new entrants to the labour market. 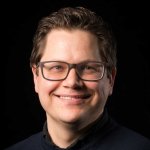 I'm an applied microeconomist with expertise in the evaluation of public policies. In the past I've analysed peer effects in education, the determinants of violence against women, the effect of financial inclusion on household poverty and welfare, and the effect of improving access to education on underage fertility among other topics.

​I received my MSc in Economics from University College London and my PhD from Queen Mary University of London.

I currently work on two large projects using Brazilian administrative data. In the first project, the Cost of Crime Project, we provide new estimates on the cost of crime using georeferenced data on the universe of homicides in Brazil. To date, we have analysed the effect of exposure to violence on birth outcomes and on human capital accumulation.

In a second overarching project, The Cost of Dengue Project, I provide new insights on the cost of disease, focusing on dengue fever in Brazil.

In 2016, I was awarded a Future Research Leaders grant by the Economic and Social Research Council (ESRC). I've previously held grants by the Wellcome Trust, the British Academy, ESRC-DFID and the IDB.

I am a Research Fellow at IZA.

​The Cost of Crime Project

Dr Koppensteiner's project aims at the targeted dissemination of his research findings to policymakers in Brazilian state secretariats of health, responsible for decisions on vector control programmes and the adoption of dengue vaccines. He will work closely with public servants in the state of Minas Gerais to disseminate the research findings and its relevance for decisions in their scope to all 27 state secretariats and federal health agents.

The aim is to inform these policymakers about improved information on the benefits of interventions aimed at reducing transmission of dengue. The evidence from his research will provide policymakers in Brazil with new estimates of the consequences of dengue virus not previously documented in literature.

Beyond Brazil, Dr Koppensteiner aims  to target Health Ministers from other countries affected by dengue, in the Americas and in Asia. The impact of this IAA project therefore has the potential to become global.

The methodology of showcasing the causal effects of disease can be expanded to other infectious diseases, for example Covid-19, hence providing policymakers with tools to aid their decision on the prioritisation of available, but scarce vaccines, across the world.