International trade is of vital importance for modern economies, and governments around the world try to shape their countries' exports and imports through numerous interventions. Given the problems facing trade negotiations through the World Trade Organization (WTO), countries have increasingly turned to preferential trade agreements (PTAs) involving only one or a small number of partners.

A key question in international trade research is how to estimate the effects of PTAs and their individual provisions on trade flows. Prof Holger Breinlich’s ESRC funded research argues that methods from the machine learning literature can help address this challenge, and that they are often superior to existing approaches.

Machine learning refers to algorithms used for statistical prediction that are trained on subsets of the available data to make forecasts of quantifiable outcomes (here: trade flows). While such algorithms have started to be applied in economic research, they have not been used for the analysis of PTAs nor in international economics more generally.

This ESRC IAA funded project utilises ‘rapid response’ funding to help Prof Breinlich recruit an RA from the LSE Summer Intern programme, who will work for two months on specific software packages that implement the statistical methods developed in this project for use with standard econometric software such as R. The goal is to develop an R-package which will allow users to apply the methods developed in Prof. Breinlich’s research to predict the likely effects of future trade agreements negotiated by the UK or other governments. 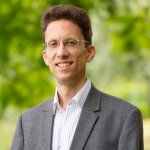 Prof Breinlich’s existing ESRC funded project will deepen our understanding of how PTAs impact trade flows. This, and the empirical techniques we plan to develop, will help researchers and policymakers involved in the design and evaluation of PTAs and ultimately contribute to a better, more evidence-based trade policy. ESRC IAA rapid response funding will serve to support the success of this.

Target user groups will be reached through a variety of approaches, including policy briefings, publications targeted at non-academic audiences, conferences and invited presentations, and a project conference. Custom-made packages for standard statistical software will be provided to help users implement techniques that are developed and the final part of the project (measuring the impact of trade agreement provisions) will be supported by the World Bank. This will enhance the impact of the research, both directly because the World Bank is a potential user itself as well as indirectly through the Bank's network of stakeholders interested in the effects of trade agreement provisions.