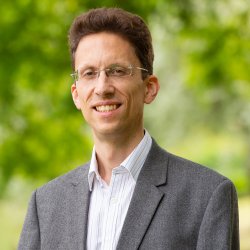 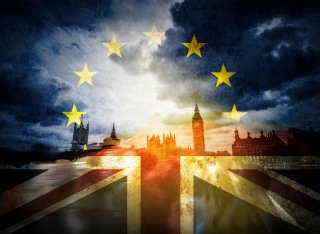 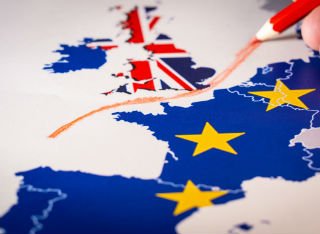 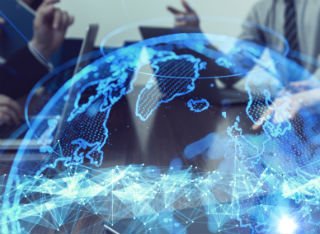 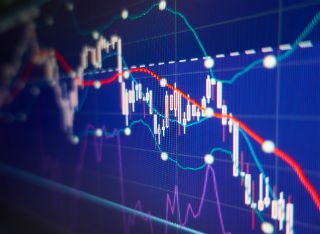 Holger's research interests are in the areas of international trade and economic geography. He has worked extensively on the economic effects of free trade agreements, on trade in services, and on the determinants of firm-level export patterns. Holger has also acted as a consultant or external academic advisor for a number of national and international bodies, including the European Union, the OECD, and the former UK Trade and Investment and BIS. He has given evidence to select committees in the House of Commons and the House of Lords on matters related to export promotion and trade in services. In 2019-20, Holger served as the representative of UK academia on the UK government's Strategic Trade Advisory Group.

Holger Breinlich (2018)The Economic Effects of Free Trade Agreements, In: Handbook of International Trade Agreements : Country, regional and global approaches Routledge
This chapter reviews the literature on the economic effects of reciprocal free trade agreements (FTAs). It discusses the impact of FTAs on trade volumes, firm and labor market outcomes, and on consumer welfare. The broad picture that emerges is one of positive long-run effects, accompanied by often substantial short-run adjustment costs. While some concerns with appropriate measurement remain, FTAs seem to increase trade flows, profitability and economic efficiency. At the same time, however, trade agreements can lead to important wage and employment losses, at least in the short run.
Holger Breinlich, Elsa Leromain, Dennis Novy, Thomas Sampson, Ahmed Usman (2018)The Economic Effects of Brexit - Evidence from the Stock Market, In: Fiscal Studies39(4)pp. 581-623 Wiley
DOI: 10.1111/1475-5890.12175
We study stock market reactions to the Brexit referendum on 23 June 2016 in order to assess investors' expectations about the effects of leaving the European Union on the UK economy. Our results suggest that initial stock price movements were driven by fears of a cyclical downturn and by the sterling depreciation following the referendum. We also find tentative evidence that market reactions to two subsequent speeches by Theresa May (her Conservative Party conference and Lancaster House speeches) were more closely correlated with potential changes to tariffs and non-tariff barriers on UK-EU trade, indicating that investors may have updated their expectations in light of the possibility of a 'hard Brexit'. We do not find a correlation between the share of EU migrants in different industries and stock market returns.
Holger Breinlich, Volker Nocke, Nicolas Schutz (2019)Merger Policy in a Quantitative Model of International Trade, In: The Economic Journaluez061 Oxford University Press (OUP)
DOI: 10.1093/ej/uez061
In a two-country international trade model with oligopolistic competition, we study the conditions on market structure and trade costs under which a merger policy designed to benefit domestic consumers is too tough or too lenient from the viewpoint of the foreign country. We calibrate the model to match industry-level data in the U.S. and Canada. Our results suggest that at present levels of trade costs, merger policy is too tough in the vast majority of sectors. We also quantify the resulting externalities and study the impact of different regimes of coordinating merger policies at varying levels of trade costs.
Holger Breinlich, Stefan Niemann, Edna Solomon (2012)Channels of size adjustment and firm performance, In: Economics Letters116(2)pp. 202-206 Elsevier
DOI: 10.1016/j.econlet.2012.02.020

We use business register data for the United Kingdom to document the importance of the different channels that firms use to adjust their size. We show how the choice of adjustment channel impacts upon firm-level variables such as wages or productivity.

Holger Breinlich, Alessandra Tucci (2011)Foreign market conditions and export performance: does ‘crowdedness’ reduce exports?, In: Canadian Journal of Economics / Revue Canadienne d'Économique44(3)pp. 991-1019 Wiley
DOI: 10.1111/j.1540-5982.2011.01663.x
This paper analyzes the link between firm exports and the competitive environment in foreign markets. We derive a theory‐based econometric specification linking market‐specific exports to foreign demand and the degree of a market’s ‘crowdedness,’ which depends on the number and efficiency of firms competing there and the barriers impeding their access. Estimates on a large sample of Italian firms indicate that increased crowdedness has reduced Italian exports, but only by 0.2%–0.3% per year. This is substantially less than the contribution of other factors such as higher unit labour costs or weak demand growth in the EU15.
Holger Breinlich (2006)The spatial income structure in the European Union—what role for Economic Geography?, In: Journal of Economic Geography6(5)pp. 593-617 Oxford University Press (OUP)
DOI: 10.1093/jeg/lbl018
Regional per capita income levels in the European Union display large variations and a strong centre-periphery gradient. This paper examines to what degree proximity to markets can explain this pattern. Using a New Economic Geography model, I derive an econometric specification relating income levels to a trade cost and price index weighted sum of the surrounding locations' GDP. I estimate this specification for a sample of 193 EU regions for 1975–1997 and find an important role for market access. However, its main benefits seem to come from increased incentives for physical and human capital accumulation and not from direct trade cost savings.
Holger Breinlich, Chiara Criscuolo (2011)International trade in services: A portrait of importers and exporters, In: Journal of International Economics84(2)pp. 188-206 Elsevier
DOI: 10.1016/j.jinteco.2011.03.006

We provide a novel set of stylized facts on firms engaging in international trade in services, using unique data on firm-level exports and imports from the world's second largest services exporter, the United Kingdom (UK). We show that only a fraction of UK firms engage in international trade in services, that trade participation varies widely across industries and that service traders are different from non-traders in terms of size, productivity and other firm characteristics. We also provide detailed evidence on the trading patterns of service exporters and importers, such as the number of markets served, the value of exports and imports per market and the share of individual markets in overall sales. We interpret these facts in the light of existing theories of international trade in services and goods. Our results demonstrate that firm-level heterogeneity is a key feature of services trade. Also, we find many similarities between services and goods trade at the firm level and conclude that existing heterogeneous firm models for goods trade will be a good starting point for explaining trade in services as well.