Dr Doris Dippold from The School of Literature and Languages, has received IAA rapid response funding to work with SPRYT, a start-up company in the digital health domain, to investigate the effectiveness and acceptance of Automated Intelligence (AI) supported messages in a patient booking system.

SPRYT is an ambitious company which aims to increase the efficiency of appointment booking in the health sector and reduce the number of no-shows. Their vision is to go beyond prediction and take action to change the outcome of a no-show in a positive way for the patient and the health system. Developing a booking system that is perceived to be engaging and easy to use is crucial to ensure high rates of take up of valuable appointments.

SPRYT will be running a small pilot at a GP surgery in Ireland, starting in June and running for 10-12 weeks. As part of this trial, 20-30 female patients per week will be invited to attend a cervical smear test via a digital receptionist - named ASA. Asa is a free-flow conversational agent rather than a pre scripted decision tree chatbot, and it allows patients to book appointments using existing apps such as WhatsApp or SMS.

SPRYT will provide Dr Dippold with a database of anonymised conversational exchanges created through patient interactions with ASA. Doris will then conduct a theoretical review of these exchanges to account for possible ‘trouble spots’ in those interactions.

Patients who have used ASA will be invited to take part in a short survey, hosted on an approved platform, which will ask about their perceptions of the language and interaction patterns encountered in the booking system.

Doris will conduct a user experience study which will capture users’ ‘live’ experiences of interacting with ASA using a think aloud protocol. 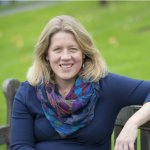 In addition, I am also interested in issues of language and technology, in particular: 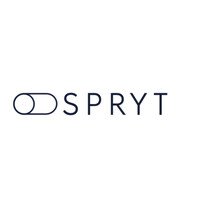 This IAA funded project is allowing Dr Dippold to work towards the following impactful objectives:

Given the current public health crisis caused by Covid19, and recent discussions about health inequalities as a result of information not being communicated in ways that are easily understandable or culturally sensitive, careful language and interaction design of the digital receptionist tool is thus crucial. SPRYT intends to offer its services in the NHS soon and larger-scale funded research would likely be situated in an NHS setting.

Dr Dippold hopes this IAA funding will be a stepping stone to a wider project where she will be able to investigate how nuances of language and interaction in conversational messages might contribute to how users receive the automated booking system and whether this might dictate whether or not patients attend appointments. A future project would also investigate the best use of language to increase patient attendance across different cultural groups.