Poets and writers in residence

Find out more about our esteemed poets and writers in residence.

Read more about the work of our poets in residence and their histories. 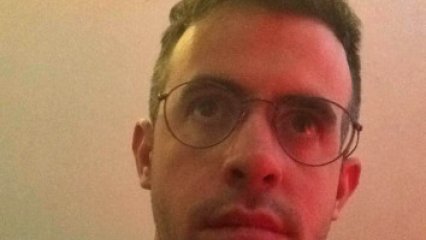 Robert Kiely is a writer living in London. His poetry pamphlets include How to Read (Crater, 2017) and Killing the Cop in Your Head (Sad, 2017). Among other poetic projects, he is currently working on a prose-poetry misellany on Mars and Elon Musk. He has critical work published in the Journal of British and Irish Innovative Poetry, Irish University Review, Vectors, The Parish Review, and Samuel Beckett Today/Aujourd’hui.

Rob Kiely’s work has been included in the Earthbound Poetry Pamphlet series, printed with cover painting by Lucy Mayes. The 8 page pamphlet was printed in a numbered edition of 52 in Aqua Blue, Fluorescent Pink, Yellow, and Black inks. If you would like to order you can purchase here. Another pamphlet, IN IT, was published at the end of 2019 by Gang Press - email mark.jacksonmjb@blueyonder.co.uk if you'd like a copy. 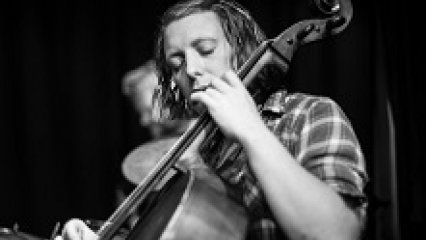 Verity Spott is a poet, performer and musician who lives in Brighton. Their books include Gideon (Barque Press), Click Away Close Door Say (Contraband Books), We Will Bury You (Veer), Poems (with Timothy Thornton - Face Press) The Mutiny Aboard the RV Felicity (Tipped Press) and Prayers Manifestos Bravery (Pilot Press). Verity is a member of Wolf Kid Theatre and plays cello in the free jazz trio In Threads.

Intention stopped, or non-intent’s desire -
the glint you won’t abide yourself to need;
throw out my love for you in its first fire,
without an inch of self to intercede.
Because I was a child, I fell away
impressed, first real, then in gradients’ mourning.
A novice vision broke in greedy play;
criminal relations heaving, scorning
all sense corrupted from one dead stuck lip.
Integrated singly rinking: Bypassed
molded to the leg. Nurture, co-sign, drip
all emptied from your head like sinking glass.
Tight below the deck where sleeps your wonder
creaks the surface scorn you left to plunder. 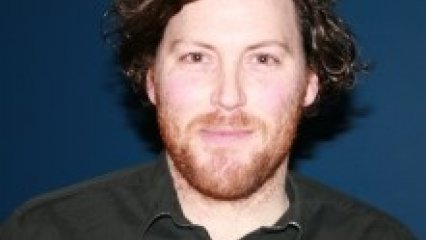 James Davies is the author of several works of poetry including Plants, A Dog, Snow and Acronyms.

His most recent title stack, published by Carcanet, is a volume-length poem which documents a range of minimal interventions – doings familiar and unfamiliar.  A novel, When Two Are in Love or As I Came to Behind Frank’s Transporter, co-written with Philip Terry, is forthcoming in 2018 from Crater Press. He edits the poetry press if p then q and co-organises The Other Room reading series in Manchester. His ongoing experiences of drawing yellow lines on sheets of A4 paper and filing them into brown cardboard boxes can be viewed on Youtube. 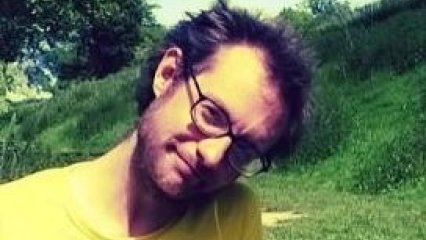 Jo Lindsay Walton writes poetry, fiction, and neither. His work has appeared in publications such as Damn the Caesars, Intercapillary Space, Quid, Plantarchy, Anything Anymore Anywhere, Onedit, Veer Away, Materials, and the yt communications bulletins, under various names including Jow Lindsay, Francis Crot, and Megan Zword. 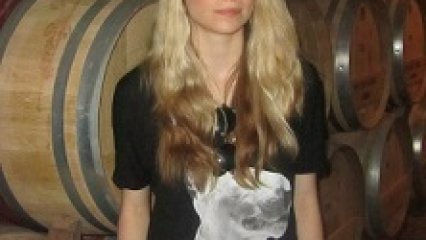 Prudence Chamberlain recently finished her PhD in the poetics of flippancy and feminism at Royal Holloway, where she now lectures in creative writing.

Her poems have been published in 3:AM, HYSTERIA, Poems in Which, Lunar Poetry and Jungtfak with a collaborative work forthcoming in Country Music. She is a poetry editor for the feminist collective and periodical, HYSTERIA, and an associate of POLYply, a series of avant-garde interdisciplinary events. She is also a member of Generative Constraints, an arts committee that hosts dialogic events and workshops, as well as doing performances, most recently in the Vault Festival at London Waterloo. She is currently working on a Disney collaboration with SJ Fowler and her first collection, I sit on your face in Parliament Square, is forthcoming with Knives, Forks and Spoons Press.

You power-walk, I run if I am chased
and demarcate my exit strategies
with gaffer tape we bought with
the worst intentions.
We used to wildfire these streets like one
of us was alight and I miss your cigarettes
now that you are a Sunday jogger and
I am forever a screaming dog meme
off the back of your charm
at corporate social responsibility events.

I come home, weave an ethically sourced
banana through your muesli oats and
acknowledge I am trapped in Monday’s routine
all the while looking for love blood and marriage.

When you get in and take off your work
we decide our sex should be more visceral
and you would like to experiment with
the vast potentialities of instant coffee
in contact with bodily fluids.

I go about my Tuesday caffeinated from the waist down.

When I text about my energised thighs
you reply:
“the metadata feeding the analytics
is skewing our entire catalogue of results.
x”

I reply that metanarratives died in the postmodern
massacre of ’99 so how did metadata make it out
alive?
You don’t get it; we fundamentally misunderstand
one another
torn against our wanting time
and sex and commitment and payment.

That evening you get under my ribs
and around my back, tying my calves in
locks with your trying and gestures
until we are innocence in experience
us two and I lash out hard,
kick you in the eyebrow and out of bed.

You do Thursday and Friday in the office
with an inexplicable black eye and I feel lighter
amongst the remembered laughter of your hands.

Brunch is not a human right and
we should be crying  for everything
on Saturday morning but we eat
preserved lemons and avocado on sourdough
shore up out first-world
which is in the kitchen
with your long hair and my exposed knees
and the weekend together. 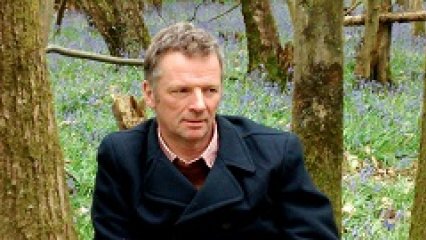 Nicholas Johnson usually writes long poems and assemblages. They include The Lard Book, a gargantuan visual book on tracing paper in a silver case.

This was occasioned by the upside-down handwriting of clairvoyant NY poet Hannah Weiner and the 1996 BSE crisis. Listening to the Stones is a key English post-colonial poem about French occupation in New Caledonia, that led to the Heinghene and Ouvea massacres. Cleave tells of the carnage of Foot and Mouth, the first agricultural plague of 21st century Europe. Haul Song is his best known work, a lyric poem set in the slower, older, rural world, the bankruptcy corridor of 1970s farming Devon.

He has had 4 visual and sound poems published by Bob Cobbing's writers forum. Over the last two decades he has curated festivals, writers tours and made books at Etruscan Books. He has been a contributor of obituaries to The Independent. He was writer in residence at Arnolfini, Bristol for Starting at Zero, Black Mountain College.

His interests are in film, writing and music, evidenced publicly by his Black Huts Festival in Hastings. His writing concerns are in sound based performance, lyric, neoligism and oddities of character and speech, landscape and seafret.

During his residency, he will run workshops open to all English and Creative Writing undergraduates and postgraduates, as well as the Surrey Poetry Festival.

The Song of the Star is Born

The icicle cannot pierce deeper than it has.

it calls : in the hameau an Easter table
decorated with papaya, guava; cherries from other
Continents; marzipan

Klipperty klöpp, the Mollys, hooves and the hands, ‘There is’, Philip
Glanville said, ‘names for most fields’. Peewit
circles over tadpoles in a dewpond : amphibions :
renette, rana
at Deckport Farm
where Ravilious photographed in '79; contemplate
the shoal
air makes from light jetted from sun
on slopes of the world.

last night I woke tolisten
And remembered Nova fresh haired and lovely faced
the sound of the plantation,
I looked round the door into the kitchen
but Nova had already left, “hello you'm gone quiet”
She died at the finish.

Who walks in the hoary frost?
there stood Nova, lovely faced
hair like
the back of a
leek
you did break my heart 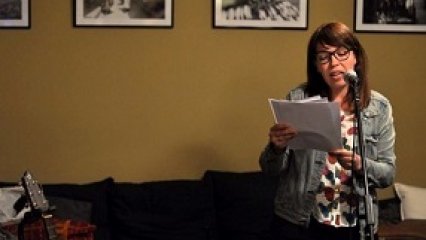 Jèssica Pujol Duran (Barcelona, 1982), BA Comparative Literature at Universitat Autònoma de Barcelona; MA Modern and Contemporary Literature, Culture and Thought at University of Sussex; is currently a PhD candidate at University College London. Her thesis is on Intercultural Studies, and she is working on the experimentalisms of Julio Cortázar and Italo Calvino in the 1960-1970s Paris.

Contemporary british poetry, translation studies and the avant-gardes are among her interests. She is the editor of the magazine Alba Londres, a magazine on translation, poetry and literature focused on Spanish and Latin American Culture. She is also a poet and has written and translated in Catalan, English and Spanish poets such as Lisa Robertson, Tim Atkins and Amy De’Ath.

Her poetry and translations have been published in different magazines such as Onedit, Crater, Alba Londres, Infinite Editions and Summerstock; and anthologies such as The Dark Would: anthology of language art and Donzelles de l’any 2000 (Editorial Mediterrànea).

Her first book in English, Now Worry was published by Department in April 2012, and her collection Every Bit of Light by Oystercatcher Press in November 2012. 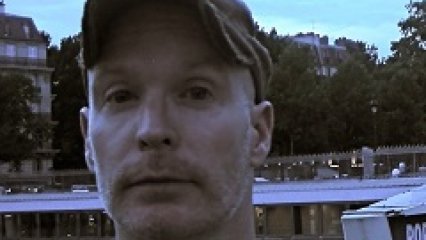 Stephen Mooney is Poetry Coordinator at the University of Surrey.

Since 2014, Stephen has taken on the organisation of the October Morag Morris Poetry Lecture, the Surrey New Year Poetry Reading, and is co-organiser, with the poet-in-residence, of the annual Surrey Poetry Festival. Stephen teaches innovative poetry and creative writing at undergraduate and postgraduate level and is himself a practising poet. His most recent book is The Cursory Epic (Contraband Books, 2014). He co-runs the UK-based small poetry press Veer Books. 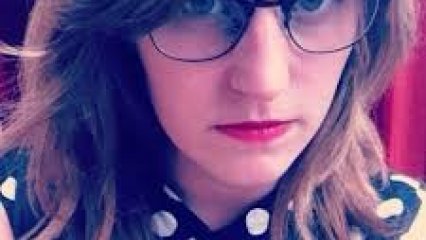 Sophie Robinson’s creative and critical work has been published in a number of journals and anthologies including Pilot, How2, Dusie, Voice Recognition: 21 Poets for the 21st Century (Bloodaxe), The Reality Street Book of Sonnets (Reality Street, 2008), and Infinite Difference: Other Poetries by UK Women Poets (Shearsman Books 2010).

Her publications include Killin’ Kittenish (yt communications 2006), a (Les Fugues Press 2009), and Lotion (Oystercatcher Press 2010). From 2010 to 2011 Sophie was poet-in-residence at the Victoria and Albert Museum. Sophie currently lives in London, where she is undertaking research into Queer Poetics at Royal Holloway, University of London.

frigid at the kitchen table no damp
itch to speak of no great love to leap off. 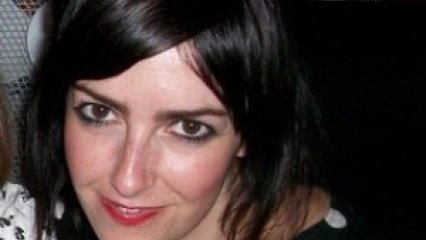 Amy De'Ath was born in Suffolk in 1985. She studied American Literature with Creative Writing at the University of East Anglia and at Temple University in Philadelphia, before moving to Australia and then to London.

Her poems have appeared in a wide variety of journals in the UK and US, including Esque, Onedit, QUID, and The Rialto. Crater Press published her broadside, Andromeda, The World Works for Me, and her work features in the Salt Best Younger Poets 2011 anthology. Her first collection, Erec & Enide, was published by Salt in Dec 2010 and her second collection, Caribou, by Bad Press in 2011. Amy currently lives in Vancouver, Canada.

I imagine myself working      lighting up

tripping in the real world as it came

back towards evening. Hemmed in

by my own appendix    foamy. Trying

to take a bath in something holistic or

to live in stark relief as you do sometimes, not

a very conventional person, you can make

a relation with me, vegetarian because

the doubtful animals:   who they are

and I am worse at work than I ever was

we don’t need radicalization      or even want to be

funny, while art and the world is not not soft

I want worser worlds   than I ever was

See our poets in residence performing their work.