In this series of studies, researchers the University of Surrey and Loughborough University are using LEGO® to study and train spatial skills.

What we are researching

Despite knowing that spatial skills can be improved through training, and that this training can also lead to improvement in STEM subjects, typically this research is carried out with teenagers and adults. We therefore don’t know what the impact of spatial training is on younger children.

In this series of studies we are using LEGO® to study and train spatial skills. We know that there is a relationship between Lego and maths skills, yet we do not know what links these skills (e.g., the ability to imagine an object rotating or the memory processes needed to build from instructions), and no studies have investigated the impact of Lego training on maths ability. Our first aim is to better understand the relationship between Lego and maths ability (study 1). Following this, we will work with schools to run a Lego construction intervention, as a method for improving maths ability (study 2).

Where is the BLOCS study being carried out?

The BLOCS study is being conducted by researchers at the University of Surrey and Loughborough University. We will invite schools, initially from Surrey, to take part.

Who will be taking part in the Study and what will they be asked to do?

Children in Year 3 and Year 4 in participating schools will be invited to take part, following consent from their parents/caregivers. For both studies 1 and 2, children will complete three to four 30-minute sessions with a researcher, on different days. They will complete a Lego construction task (either using digital or physical Lego) as well as tasks that measure attention, memory, spatial, and maths abilities. For study 2, children will then take part in one of three intervention conditions (physical Lego construction, digital Lego construction, comic book intervention). The interventions each consist of twelve 30-minute sessions (two sessions per week for six weeks). We will then measure the children’s spatial and maths skills after the intervention.

The main aims of this study are to investigate the relationship between LEGO® construction and maths abilities in primary school children. We will work out how physical and digital Lego activities can be used to improve spatial abilities and the causal impact that this has on maths ability. 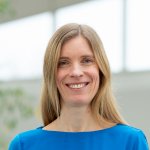 Emily is a psychologist with expertise in children’s spatial abilities and how this relates to mathematics and science competence, and in understanding spatial learning difficulties in individuals with genetic disorders.

Camilla is a psychologist with expertise in how children’s skills in mathematics develop and in understanding children’s mathematics learning difficulties. 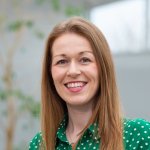 Katie is a researcher in cognitive development with expertise in spatial and mathematical development in childhood. Her research also investigates cognitive training in the spatial domain, and how spatial training can be used to improve mathematics outcomes.

Doug is a software engineer specialising in helping start-ups bring products to market.  He co-founded, designed and built the oodlü platform on which the BLOCS app is delivered. 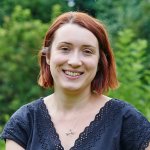 Emily completed her PhD in Developmental Psychology at Durham University (2015-2019). Her thesis investigated the role of attention in learning in autism, which utilised both quantitative and qualitative methodologies. Shortly after submitting her thesis in June 2019, Emily began her first postdoctoral position at University of Edinburgh. This project focused on the development and feasibility testing of the ‘Edinburgh Psychoeduation Intervention for Children (EPIC)’, where she worked with children with ADHD and their teachers to develop a toolbox-based intervention aimed to support cognition and learning in the classroom. Emily joined University of Surrey in May 2021 as a postdoctoral researcher on the Block Construction Skills for Mathematics (BLOCS) project, examining the link between spatial skills, Lego block construction and mathematics achievement.

Oscar is a psychologist with particular interest in improving learning methods and education for children of all ages.

Lewis is an undergraduate BSc. Psychology student on a one-year placement supervised by Prof. Emily Farran. His role in the BLOCS project includes recruitment, project planning and data collection.

New blog up on our website now! An insightful overview of this year’s virtual Down Syndrome Research Forum: https://t.co/p47WJY2yOO

New blog up now! A detailed summary of findings on visuomotor control in children with Developmental Coordination D… https://t.co/1kfVYNw703

Check out our latest blog outlining reasons and methods for acknowledging null findings:https://t.co/aVgTXkaq6b
Follow us on Twitter