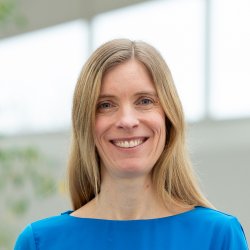 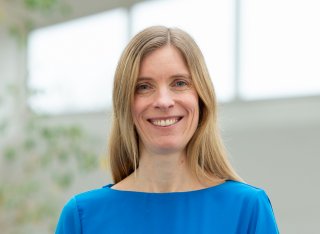 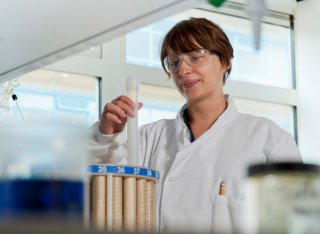 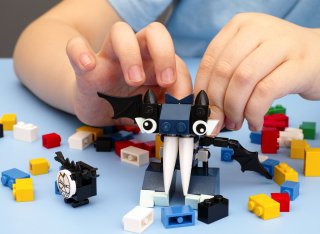 The importance of spatial thinking for mathematics achievement

I am the Director of the Cognition, Genes and Developmental Variability lab. I am interested in spatial cognition in typical and atypical populations. My current research in typically developing children, and individuals with Autism, Down syndrome, Williams syndrome, Attention Hyperactivity Disorder, and Developmental Coordination Disorder includes the areas of navigation, motor performance, mental imagery, spatial language, perceptual integration, visuo-spatial memory and orientation coding. My most recent research interest relates to the relationship between spatial thinking and Science Technology Engineering and Maths (STEM) in primary school age children.

I am an advocate for open research. My efforts formed an integral part to the University of Surrey joining the UK Reproducibility Network in December 2019. This was coupled with my appointment as Academic Lead for Research Integrity and Culture in November 2019.

My research has been funded by the Economic and Social Research Council, the British Academy, the Leverhulme Trust, the Nuffield Foundation, the Wellcome Trust, the Education Endowment Fund, the Waterloo Foundation, Autour des Williams, the Williams Syndrome Foundation, and Fondation Jerome Lejeune.

BLOCS stands for Block Construction Skills for Mathematics. We are a group of researchers from the University of Surrey and Loughborough University working together to determine how LEGO® is related to and can be used to improve maths achievement in 7- to 9-year-olds. This research is funded by The Leverhulme Trust.

Attention Deficit Hyperactivity Disorder (ADHD) is the most prevalent neurodevelopmental disorder during childhood. Despite evidence of a co-occurring motor impairment in this group (~50% meet criteria for Developmental Coordination Disorder [DCD]), little is known about the motor system in ADHD. Using a cross-syndrome comparison with DCD, we aim to determine the extent of motor difficulty in ADHD and how this relates to severity of ADHD core characteristics.

UnLocke is a large-scale randomised control trial was funded by the Education Endowment Foundation and the Wellcome Trust in order to evaluate the efficiency of an innovative computer-based learning activity. The 'Stop and Think' intervention is designed to help children in Years 3 and 5 stop and think before tackling problems in science and maths. A friendly character, named Andy, poses tricky questions to three virtual game-show contestants who demonstrate correct and incorrect thinking. Children complete various tasks as if they are taking part in the game-show. The tasks have been carefully developed to meet the content of the national curriculum for each age group. 6672 children from Year 3 (7- to 8-year-olds) and Year 5 (9- to 10-year-olds) in 89 schools across England took part in the study. Pupils who participated in the programme made the equivalent of +1 additional month’s progress in maths and +2 additional months’ progress in science, on average, compared to children in the lessons-as-usual control group. Pupils who received ‘Stop and Think’ also made more progress than pupils in an ‘active’ control group. These results have high security: 4 out of 5 on the EEF padlock scale. Further development and evaluation of the ‘Stop and Think’ computer game is underway.

The development of face processing in Williams Syndrome and Down syndrome

We are very excited to have been awarded funding from the Leverhulme Trust to investigate the development of face-processing strategies in children and adults with Williams syndrome and Down Syndrome. These genetic conditions are each characterised by a range of physical and psychological differences relative to the typical population, as well as often highly social personalities.

Infants, children and adults can be particularly interested in viewing faces, and research is starting to reveal how the processing mechanisms for these stimuli might be consistently different from that of typically developing children and adults. As in the typical population, however, we still have a lot to learn. For example, we know only a little about the critical characteristics for face judgements (e.g., what cues are we actually using to decide someone’s identity, emotional expression) and whether they might change as children with Williams syndrome and Down syndrome move towards adulthood. Investigating face processing in this group provides us with a special opportunity to unpack the contributions of things like social interest and experience with faces and maturation of critical aspects of the visual system, which are more closely intertwined in typically developing

Methods: A survey using self and parent report forms of the Strengths and Difficulties Questionnaire. Results: Both parents and individuals with WS (N = 31) reported difficulties in emotional disorder and hyperactivity symptoms and strengths in prosocial behaviours such as altruism and empathy. They disagreed about peer problems.

Conclusions: People with WS understand some but not all of their difficulties. In particular they fail to recognize their social difficulties which may lead them to be vulnerable to exploitation.

Dominant theories of wayfinding may have underestimated the ease with which adults can learn a route, even with minimal exposure to that route.

In this paper we present three different experiments to provide a comprehensive picture of whether adults can learn complex routes consisting of a number of choicepoints, and if so, what strategies they might be employing to do so.

Emily K. Farran (2005)Perceptual grouping ability in Williams syndrome: evidence for deviant patterns of performance, In: NEUROPSYCHOLOGIA43(5)pp. 815-822 PERGAMON-ELSEVIER SCIENCE LTD
DOI: 10.1016/j.neuropsychologia.2004.09.001
Williams syndrome (WS) is a rare genetic disorder. At a cognitive level, this population display poor visuo-spatial cognition when compared to verbal ability. Within the visuo-spatial domain, it is now accepted that individuals with WS are able to perceive both local and global aspects of an image, albeit at a low level. The present study examines the manner in which local elements are grouped into a global whole in WS. Fifteen individuals with WS and 15 typically developing controls, matched for non-verbal ability, were presented with a matrix of local elements and asked whether these elements were perceptually grouped horizontally or vertically. The WS group was at the same level as the control group when grouping by luminance, closure, and alignment. However, their ability to group by shape, orientation and proximity was significantly poorer than controls. This unusual profile of grouping abilities in WS suggests that these individuals do not form a global percept in a typical manner.
Emily K. Farran, Christopher Jarrold (2011)Visuospatial cognition in Williams syndrome: Reviewing and accounting for the strengths and weaknesses in performance, In: DEVELOPMENTAL NEUROPSYCHOLOGY23(1-2)pp. 173-200 PSYCHOLOGY PRESS
DOI: 10.1207/S15326942DN231&2_8
ndividuals with Williams syndrome typically show relatively poor visuospatial abilities in comparison to stronger verbal skills. However, individuals' level of performance is not consistent across all visuospatial tasks. The studies assessing visuospatial functioning in Williams syndrome are critically reviewed, to provide a clear pattern of the relative difficulty of these tasks. This prompts a possible explanation of the variability in performance seen, which focuses on the processing demands of some of these tasks. Individuals with Williams syndrome show an atypical processing style on tests of construction, which does not affect tests of perception.