Find out more about who we work with.

Open University. George Revill led the ethnographic work on the Next Generation Paper project, to understand the role of paper and screen-baed information in tourism.

Federal University of São Carlos, Brazil. Paula Castro and Larissa Ferraz both  completed international scholarships at DWRC in 2016 and 2019 respectively, and collaborated on the Time matters and Augmented paper in dementia care projects.

Institute of Mathematical Science and Computing

University of São Paulo, São Carlos campus, Brazil. Maria Graça Pimentel and Isabela Zaine collaborated with us on the Media Parcels system to address loneliness in older people.  Isabela did part of this project at DWRC.

Welsh Centre for Printing and Coating

Swansea University. Tim Claypole and his Centre were partners on the Light Tags project to develop a new method of page identification for augmented paper.

Newcastle University. Patrick Olivier was the computer science collaborator on the Bespoke project and Peter Wright is a longstanding colleague from York University in the user experience area. Both share interests with DWRC in new forms of participatory design and citizen engagement.

Royal College of Art. David Frohlich was Visiting Industry Fellow in this Centre for several years and retains close links with Jeremy Myerson and colleagues on inclusive design approaches and research findings.

Academy for Innovation and Research

University of Falmouth. Several colleagues are affiliated to AIR, including Mike Wilson and Phil Stenton. Mike has been a longstanding colleague on the University of the Village project and other bids in the community media and digital storytelling area.

University of Swansea. Matt Jones and Simon Robinson in the FIT Lab are longstanding colleagues from the StoryBank and Community Generated Media projects and current collaborators in evolving the Community Media Toolkit within developing communities: http://digitaleconomytoolkit.org/

University of South Wales. Hamish Fyfe is a past colleague from the University of the Village project and current collaborator on the NESTA/AHRC/Arts Council Wales programme of Digital R&D Fund for Arts in Wales.

School of Computing and Communications

Lancaster University. Jon Whittle was a colleague on the Design in the Digital World network within the Digital Economy Programme, and collaborator on the Connected Communities pilot project Big Society Research and Impact. He remains a partner for social innovation projects on civic engagement and participation.

Eindhoven University of Technology. DWRC had a four year Erasmus teaching and research exchange with TU/e Industrial Design programme because of a match between our multidisciplinary approaches to user-centred innovation. These links are currently being explored again within the new School of Arts context at Surrey. Berry Eggen who heads the UCE Group is the key contact for this and shares interests in sonic interaction design.

University of California Santa Cruz. Steve Whittaker is a longstanding colleague in HCI and collaborator on memory and digital photography.

Travel guide publisher. Adrian Phillips and Rachel Fielding were members of the steering group on the Next Generation Paper project. They facilitated the creation and release of the world’s first augmented travel guide, in ‘a-book’ format.

Printed electronics company. Stand Farnsworth, Rudy Ghosh and Vikram Turkani were members of the steering group on the Next Generation Paper project. They helped to create a custom chip for the 3G paper prototype.

Travel company. Niel Alobaidi and Vicky Robinson were members of the steering group on the Next Generation Paper project.

Computing and printing company. Andrew Hunter was a member of the steering group on the Next Generation Paper project.

Educational printing and publishing company. Peter Bagge was a member of the steering group on the Next Generation Paper project. He helped with the production of the binding for the first 3G paper prototypes.

Photo printing company. Leena Lamminene, Tiina Eerola and Sauli Schroderus were members of the steering group on the Next Generation Paper project.

Machine vision company. Stavros Paschalakis was subcontractor on the Next Generation Paper project, supplying the page recognition service for the 2G prototypes.

Finnish R & D Labs. Anu Seisto, Sirpa Nordman and Samuli Yrjana were subcontractors on the Next Generation Paper project. They created the book block for the 3G paper prototypes.

Healthcare product company. Adam Vaughan was partner on the Sound in dementia care project, investigating the role of soundscapes in home-based reminiscing.

Broadcasting and web company. Chris Baume's PhD on radio production was sponsored by the BBC.

London architects practice. John Letherland was partner on the Storytelling for development project, exploring the role of digital storytelling in urban design.

London borough council. Tom Barrat and Trisha Boland were partners on the Storytelling for development project, exploring the role of digital storytelling in urban design.

John Seton was collaborator on the University of the Village project and BT sponsor of the KTP project on Cross-media communication.

Berkeley. Joe Lambert has been a long term contact in the digital storytelling area and now collaborator on the Insight Storytelling bid to AHRC.

Alex McMinn has been an advisor on the Tailoring Technology project funded by the Nominet Trust and potential collaborator on remote adult education proposals.

Tampere. Mobile technology sponsor on the Storybank and Bespoke projects.

Collaborator on the StoryBank project and the Insight Storytelling bid to AHRC.

Glenn Jordan has been a collaborator on a pilot project and funding proposals, representing cultural heritage collections and expertise.

(Now digi.me) Julian Ranger is local entrepreneur we have collaborated with on TV-Cam and novel social media technology ideas.

Innovation charity funder for the Re-Draw consortium, helping the Digital R&D Fund for the Arts in Wales programme.

Risto Sarvas is Visiting Fellow at Digital World and advises on web service design for social media. He now works for the web company Futurice in Helsinki.

Kristen Eglinton is Visiting Fellow at Digital World and was an RA on the Community Generated Media Project. She is currently an NGO partner on a Leverhulme bid with DWRC and the Roebens Institute at Surrey. 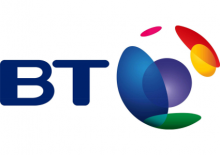