Standout tracks include a chilling new setting of ancient Lydian ballad Lucy Wan; her haunting ‘cold love song’ Raven and Dust — a moment of sublime secular communion, inspired by incidental words spoken in the Apollo capsule on the first journey to the moon.

Among the many textures of this album is the clavisimbalum, a sonorous, fourteenth-century cousin of the harpsichord. Its plucked, soft iron strings ring with a rich, dark reverberance – a sound that hails from Eastern European folk and the Renaissance court. Angliss adds voice, recorder, theremin, percussion, live electronics and robotic carillon, an instrument she devised and built to play bells at inhuman speeds, creating a haze of delicate, metallic sound.

Angliss is joined by vocalist Sarah Gabriel and percussionist Stephen Hiscock. As they play, their sounds are deftly contorted, fragmented and recombined using Angliss’ digital inventions. These transform the most consonant music into something angular as they make beguiling musical collisions - the precarious harmonic terrain of Angliss’ signature soundworld:

“Music possessed of an eerie instability…a whole universe unto itself brimming with fresh propositions and new directions…a shimmering minimalist masterpiece’ (Wire Magazine, May 2017).

An electroacoustic composer with a deep interest in the history of electronic music, Sarah also has a lifelong fascination with English folksong - music she’s been performing in clubs since a teenager. A prolific life performer, Sarah’s a multi-instrumentalist, particularly known for her extemporisation skills and her augmented techniques on recorder and theremin. Her formal musical education mixed contemporary composition with Baroque and Renaissance performance. She also studied electroacoustics and robotics, combining these skill to create otherworldly compositions and musical automata, machines that give her performance an arresting and uncanny physical presence. Thematically, Sarah is often drawn to extant folklore in the city and the meeting of machines and mysticism.

Alongside her live performance, Sarah composes for theatre and film. Her work has been featured in The National Theatre, The Almeida, The Young Vic and The Old Vic, London, and in Park Avenue Armory, New York. Her debut feature film score, for the contained, folkloric horror Amulet (directed by Romola Garai), will be released in 2019. She’s currently composing Giant, an electroacoustic chamber opera (supported by Snape Music and the Jerwood Charitable Foundation) and working on a sound-rich contemporary ghost story with director Sarah Fahie. In 2018, she was a recipient of a prestigious composer’s award from the Paul Hamlyn Foundation.

'Music possessed of an eerie instability, a highly atmospheric and compelling listen….A shimmering minimalist masterpiece…feels like a whole universe unto itself brimming with fresh propositions and new directions…Its sedimented layers of research…background colour for the real narrative drama of its melodic invention and ever-surprising sonic twists and turns.’ 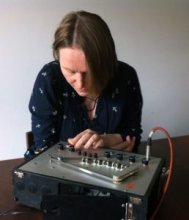 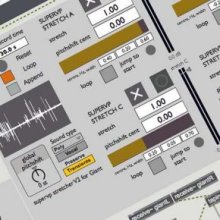 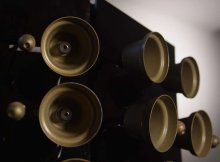 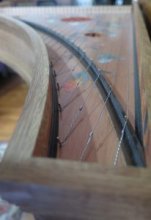