Socialising and learning with machines 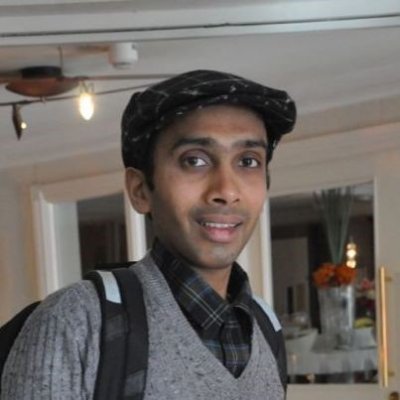 Over the past decade, social networks have become a massive engine for generating new text, image and video content. In this talk I will show how the creation and curation of user-generated content can be seen as a distributed human computation and will describe a number of machine learning and data analysis approaches to answer three high level questions:

The talk will be loosely based on a series of papers published over the past few years at the The Web Conference (WWW) and the AAAI International Conference on Web and Social Media (AAAI ICWSM).

Prof. Nishanth Sastry is Joint Head of the Distributed and Networked Systems Group at Department of Computer Science, University of Surrey. He is also a Visiting Researcher at the Alan Turing Institute, where he is a co-lead of the Social Data Science Special Interest Group.

Prof. Sastry holds a Bachelor’s degree (with distinction) from R.V. College of Engineering, Bangalore University, a Master’s degree from University of Texas, Austin, and a PhD from the University of Cambridge, all in Computer Science. Previously, he spent over six years in the Industry (Cisco Systems, India and IBM Software Group, USA) and Industrial Research Labs (IBM TJ Watson Research Center). He has also spent time at the Massachusetts Institute of Technology Computer Science and AI Laboratory.

His honours include a Best Paper Award at SIGCOMM Mobile Edge Computing in 2017, a Best Paper Honorable Mention at WWW 2018, a Best Student Paper Award at the Computer Society of India Annual Convention, a Yunus Innovation Challenge Award at the Massachusetts Institute of Technology IDEAS Competition, a Benefactor’s Scholarship from St. John’s College, Cambridge, a Best Undergraduate Project Award from RV College of Engineering, a Cisco Achievement Program Award and several awards from IBM. He has been granted nine patents in the USA for work done at IBM.