The speaker is philosopher of physics, Eddy Chen from UC San Diego. Eddy is a named collaborator on our new Templeton grant on the arrow of time. In this talk he will outline ideas about the nature of determinism in science.

This seminar is by invitation only. A Zoom link will be sent to participants before the event.

A strongly deterministic theory of physics is one that permits exactly one possible history of the universe. In the words of Penrose (1990), "it is not just a matter of the future being determined by the past; the entire history of the universe is fixed, according to some precise mathematical scheme, for all time.” Such an extraordinary feature, at first glance, may appear difficult to achieve in physics.

In this talk, Eddy Chen will first clarify the meaning of strong determinism and explain how it differs from standard determinism and superdeterminism. Next, he will show that Everettian quantum mechanics, with the help of the Past Hypothesis, provides an easy route to strong determinism. On a theory that he calls the Everettian Wentaculus, the quantum state of the multiverse is a fundamental mixed state with exactly one possible history. As a consequence of physical laws, the history of the multiverse could not have been otherwise. Since the theory postulates no fundamental measures of probability or typicality, any such notions will have to be “emergent.” 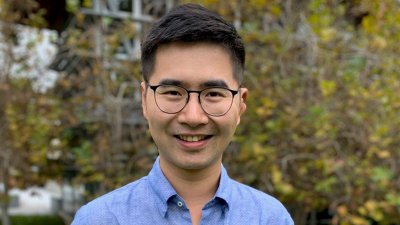 Eddy Keming Chen is an assistant professor in philosophy at the University of California, San Diego (UCSD). His primary research interests are philosophy of physics, philosophy of science, and metaphysics. Recently he has been working on ideas related to nature of physical laws, the direction of time, and the foundations of quantum mechanics.

Take a look at our Quantum Foundations Centre website to find out more about what we're researching.