Members of Team Surrey’s Netball Club supported their fellow nurse teammates by running for the duration of their shifts. 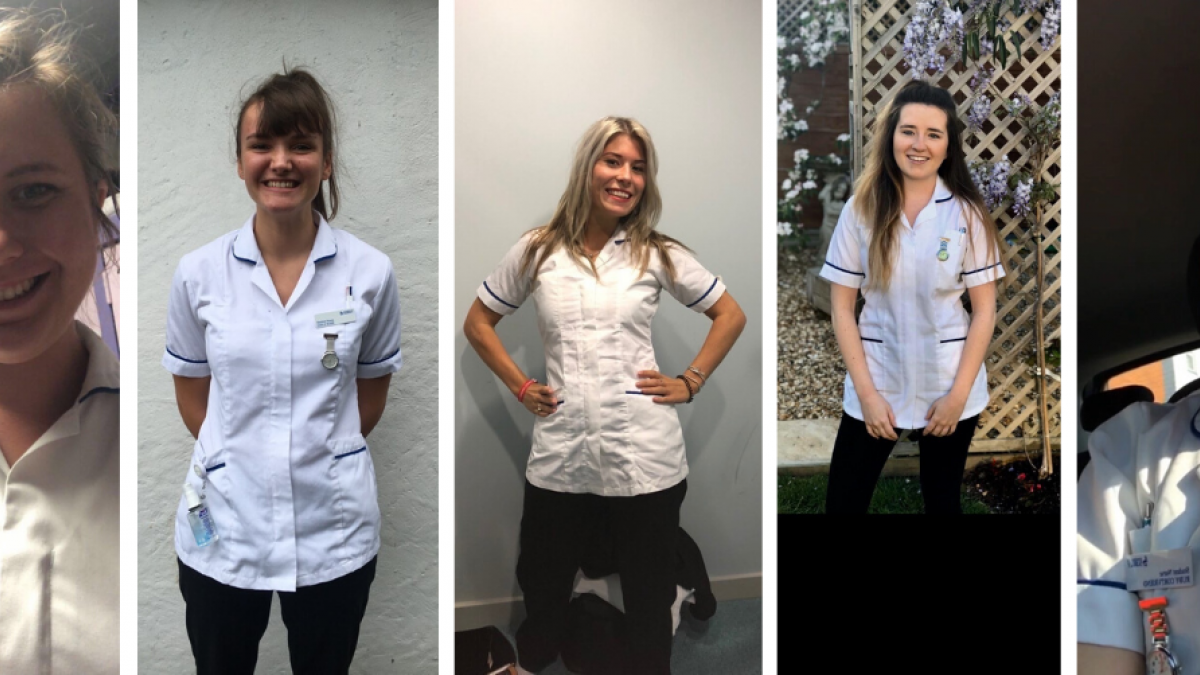 Team Surrey Netball decided to put the leg-work in and go above and beyond to fundraise a significant amount for the NHS through physical activity. Beth Carpenter (Netball Treasurer), Emma Lucas (Netball Charities Officer), Hannah Fearn (Netball Vice President), Emmie Base and Ruby Cortvriend are five final year nursing students who kickstarted their career amid the pandemic by signing up to the Emergency Register. The rest of the club felt that, “As a result of their bravery and hard work, we really wanted to do something as a club to show our appreciation and support for them as well as the entirety of NHS staff.” Consequently, they developed the idea to have at least one club member running for the duration of a whole 13-hour shift, each day for five days, in dedication to each of the five nurses.

Beth Carpenter initiated the idea for the fundraiser and put together a rota for everybody involved to follow each day. Team members were predominantly running outside; however, some injured members cycled the distance instead, both indoors and outdoors, as they still wanted to contribute. The club pushed for the furthest distance possible during each shift time, and collated the data into a spreadsheet, adding each runners distance to the daily total each day. This has been shared and documented on their Instagram page and saved to their ‘Run For NHS’ highlight.

The club shared the fundraising page with friends and family: “The attraction the fundraiser received was incredible, with graduate students and our coaches also getting involved to add to the distance achieved”. In total, the club raised an amazing £2,555 across the five days, while travelling a total of 1097km, which is a truly incredible achievement and we applaud the determination from Team Surrey Netball. Not only is this a great way to raise money and show support, but also encourages people to get outside and get moving during this difficult time.