Removal of a gene could render lethal poxviruses harmless

The removal of one gene renders poxviruses – a lethal family of viral infections that are known to spread from animals to humans – harmless, a new study in the journal Science Advances reports. 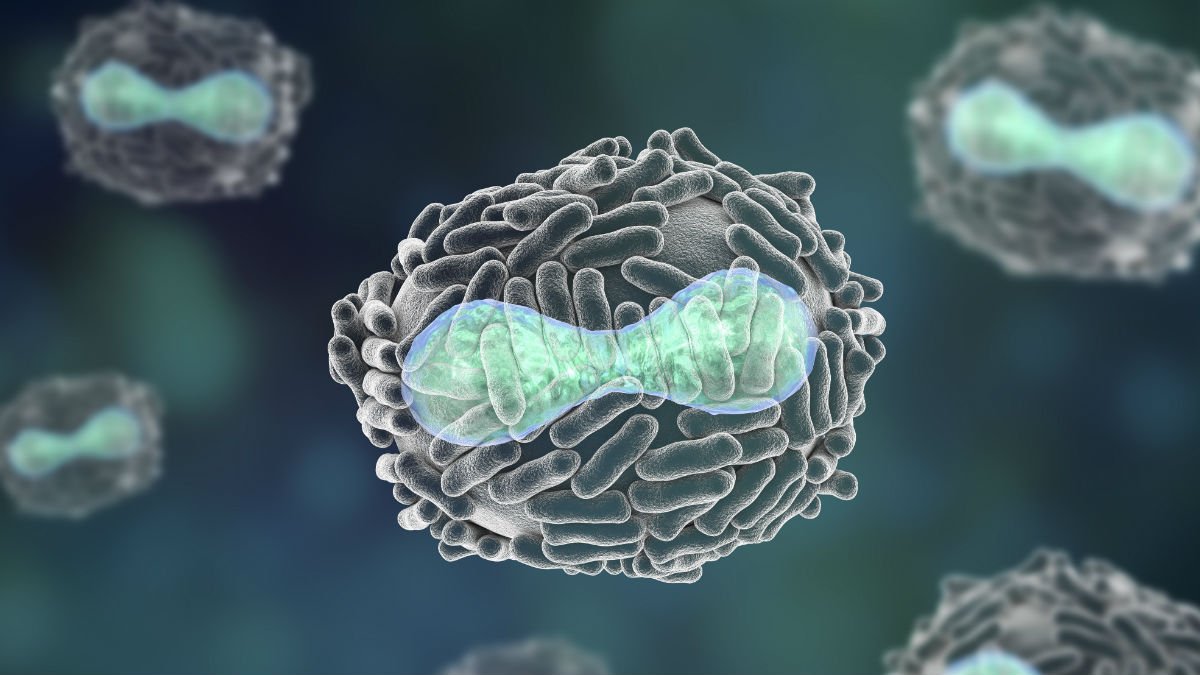 During this ground-breaking study, scientists from the Spanish National Research Council and the University of Surrey investigated the immune response of cells to poxviruses. Poxviruses, such as cowpox and monkeypox, can spread to humans from infected animals, causing skin lesions, fever, swollen lymph nodes and even death.

Viruses contain genetic material which helps them outsmart host cells, enabling replication and the spread of the infection. Cells in the body are comprised of molecules that sense the presence of viruses, sometimes via the recognition of their genetic material, and alert the immune system of an upcoming infection. Poxviruses, unlike other viruses, are highly unusual in that they have large DNA genomes that are replicated exclusively in the cell cytosol, an area of the cell full of sensors. How poxviruses manage to stay undetectable has remained unknown.

Resembling human smallpox, scientists in this study used ectromelia virus (ECTV), a member of the poxvirus family that causes mousepox. ECTV spreads through the lymphatic system of mice to vital organs, where massive replication of the virus takes place, resulting in the rapid death of the animal.

During their investigations, scientists identified a gene, viral Schlafen (vSLFN), which was found to block the cell response to the virus genome making the infection silent to the immune system. Remarkably, disabling this one gene made the infection detectable, triggering a potent immune response that protected animals against doses one million times higher than the regular lethal quantity.

Following the removal of vSLFN, it was found that animals with the modified virus were protected from subcutaneous, respiratory and intravenous infection and all survived. Scientists also found that the protection was mediated by interferon, a known molecule with powerful anti-viral properties, and natural killer cells, which play a major role in the host-rejection of virally infected cells.

Researchers believe that these findings will shed light into how we combat microbial infections and will improve the efficacy and safety of vaccines, anti-cancer agents and gene therapies that are based on poxviruses.

Dr Carlos Maluquer de Motes, Senior Lecturer in Molecular Virology at the University of Surrey, said: “Viruses, although minuscule, are very complex agents with very sophisticated strategies contained in their genetic material. But it is also this same genetic material that makes them vulnerable to cell recognition. The removal of vSLFN gene protected animal against mousepox, and we believe that that we may see the same results for other poxviruses.

“Our findings reveal the importance of activating the molecules responsible for the detection of the genetic material of microbes in the fight against viruses. In addition, they also suggest that mimicking the action of vSLFN may be a valid strategy to prevent auto inflammatory and autoimmune diseases that are caused when the genetic material of cells is sensed by the immune system, promoting a reaction.”