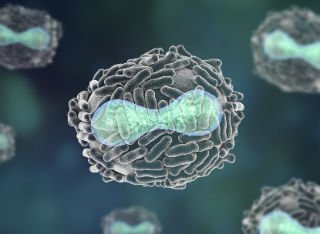 Removal of a gene could render lethal poxviruses harmless 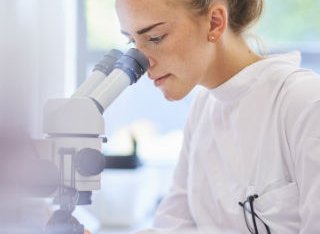 My laboratory is interested in understanding the virus / host interplay and its impact on disease with a special emphasis on the emerging roles of the ubiquitin system and nucleic acid sensing.

We believe that our ability to therapeutically manipulate host defensive mechanisms depends on a comprehensive understanding of how these mechanisms operate and respond to pathogen infection.

We use large DNA viruses like poxviruses and herpesviruses as experimental models and take an integrated approach to study virus-host interactions at the genetic, biochemical, immunological, and pathological level.

We aim to decipher how the complex and intertwined relationship between viruses, the host immune system and the ubiquitin system can be exploited for the development of compounds blocking viral propagation (antivirals) or enhancing / taming our immune system (immunomodulators) as well as for a better design of vaccines.

Bovine tuberculosis (bTB) caused by Mycobacterium bovis is the most serious endemic disease affecting livestock in the UK. The European badger (Meles meles) is the most important wildlife reservoir of bTB transmission to cattle, making eradication particularly difficult. In this respect, oral vaccination with the attenuated M. bovis vaccine Bacillus Calmette-Guerin (BCG) has been suggested as a wide-scale intervention to reduce bTB infection in badgers. However, experimental studies show variable protection. Among the possibilities for this variation is that the resident gut bacteria may influence the success of oral vaccination in badgers; either through competitive exclusion and/or inhibition, or via effects on the host immune system. In order to explore this possibility, we have tested whether typical gut commensals such as Lactic Acid Bacteria (LAB) have the capacity to impact on the viability and survival rate of BCG and to modulate the immune response to BCG using an in vitromodel.

Twelve LAB isolated from badger faeces displayed inhibitory activity to BCG that was species-dependent. Weissella had a bacteriostatic effect, whereas isolates of enterococci, lactobacilli and pediococci had a more bactericidal activity. Furthermore, BCG-induced activation of the pro-inflammatory transcription factor NF-κB in human THP-1 macrophages was modulated by LAB in a strain-dependent manner. Most pediococci enhanced NF-κB activation but one strain had the opposite effect. Interestingly, isolates of enterococci, lactobacilli and weissella had different effects as immunomodulators of BCG-induced macrophage responses as some had no significant influence on NF-κB activation, but others increased it significantly.

Our in vitro results show that LAB isolated from badgers exhibit significant inhibitory activity against BCG and influence the immune activation mediated by BCG in a human macrophage assay. These findings suggest that gut commensal bacteria could play a role in influencing the outcome of oral BCG vaccination. Inactivated cells of LAB, or LAB that are bacteriostatic but have a synergistic immunostimulatory effect with BCG, could be potential adjuvants to be used for oral vaccination in badgers. Further work is needed to take into account the complex nature of the gut microbiome, specific immunity of the badger and the in vivo context.