Researchers in Surrey’s Nuclear Physics Group have collaborated with TRIUMF National Laboratory (Canada) to achieve the first direct measurement of a supernova reaction in a laboratory using an accelerated beam of radioactive nuclei. 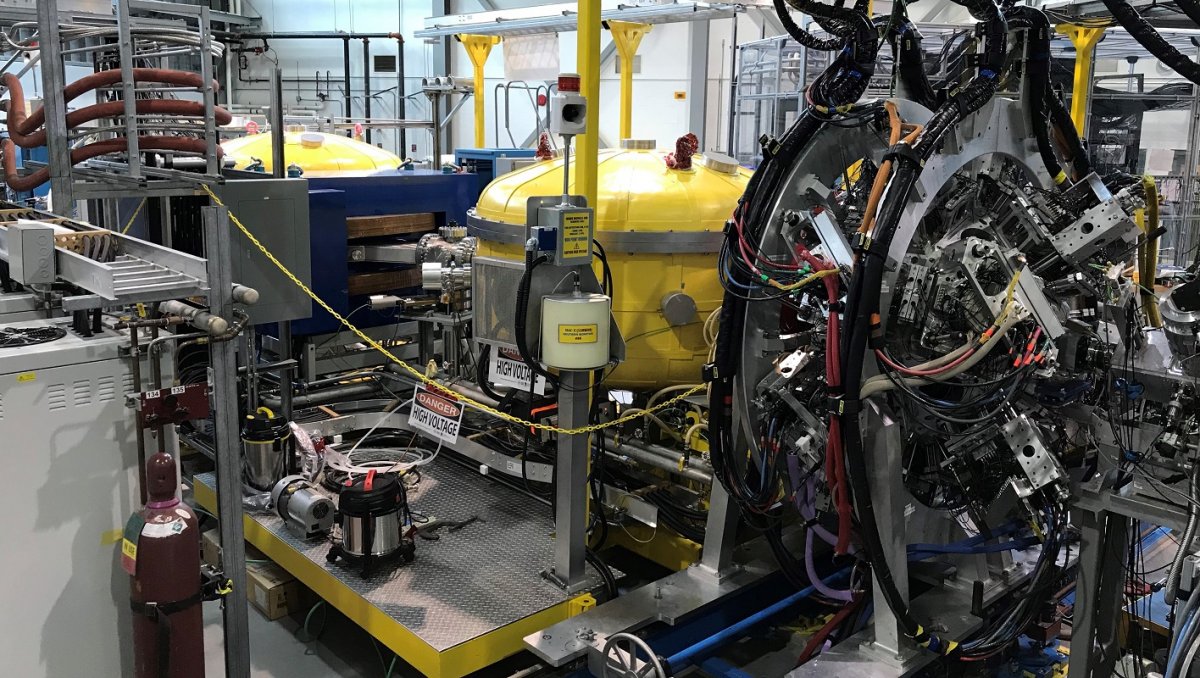 The experiment was conducted using the EMMA recoil spectrometer coupled with the TIGRESS gamma-ray array at TRIUMF National Laboratory.

The pioneering study, which found that the rate of astrophysical reaction being studied was significantly lower than previously predicted by theory, has been published in Physical Review Letters.

Determining the origins of elements heavier than iron in our galaxy remains one of the most burning open questions in modern science. This particularly applies to the 30 or so ‘p-nuclei’ which account for around one per cent of heavy elements observed in our solar system but whose astrophysical origins remain a mystery. Since it’s not possible to directly observe these elements in stars or supernova remnants due to their scarcity, the only way they could previously be studied was through a combination of experiments, theoretical models and meteoritic data.

The recent research, led by Dr Gavin Lotay of the Department of Physics. utilised advanced facilities at the TRIUMF laboratory, and the results indicate an increase in production of a specific p-nucleus, Strontium-84, during the gamma process (the most successful model for p-nuclei production to date). This may help to explain the observation of enhanced Strontium-84 levels in the Allende meteorite and throw light on other astrophysical processes.

Dr Lotay said: “The coupling of a high-resolution gamma-ray array with an advanced electrostatic separator to measure gamma process reactions represents a key milestone in the direct measurement of astrophysical processes. Such measurements were largely thought to be out of reach of current experimental technologies and the latest study has now opened up a wealth of possibilities for the future.”

Discover our courses in physics including our BSc (Hons)/MPhys Physics with Nuclear Astrophysics and our MSc Nuclear Science and Applications.