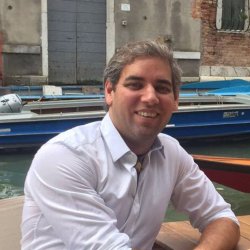 Dr. Gavin Lotay is Director of Learning and Teaching at the University of Surrey and is a member of the Nuclear Physics Group. His main area of research expertise is in nuclear astrophysics, which aims to determine the origin of all the chemical elements we find on earth and observe in our Galaxy. In particular, by studying the reactions that occur in explosive astrophysical environments in terrestrial laboratories, Dr. Lotay endeavours to obtain the microscopic nuclear physics information needed to understand the macroscopic properties of the Universe. 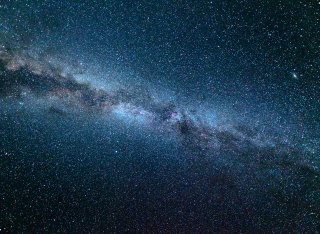 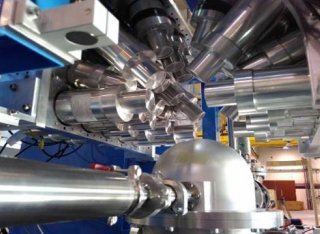 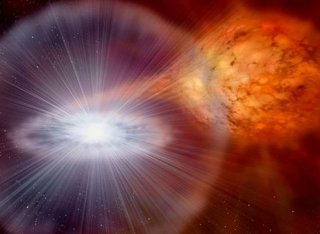 I began my journey in nuclear astrophysics research by performing g-ray spectroscopy studies of astrophysically important nuclei. Those investigations utilised the 100-detector Gammasphere array and obtained critical information on the location and strength of resonances that determine the production of elements in classical nova explosions. Since then, I have broadened my horizons to the use of radioactive beam technology and developed a wide-ranging experimental programme focused on the study of explosive stellar phenomena throughout the Galaxy. In particular, I have performed a number of direct reaction studies, relevant for cataclysmic binary systems, at TRIUMF National Laboratory, Canada, using a variety of silicon arrays and spectrometers (e.g. DRAGON, TUDA, SHARC and EMMA), and have utilised the world-leading GRETINA array at the National Superconducting Cyclotron Laboratory, USA, to explore the origin of cosmic g-ray emitters. Looking forward, a number of next generation radioactive beams facilities (e.g. HIE-ISOLDE, FRIB, ARIEL and FAIR) are poised to come online that will allow us to reach regions of the nuclear chart that were hitherto inaccessible. These facilities will open up a host of unique opportunities for the field of nuclear astrophysics and provide us with the means to experimentally investigate astrophysical processes in the most exotic stellar events to occur in our Galaxy (e.g. X-ray bursts and Supernovae).

I am currently the module lead for the following undergraduate physics courses:

Classical novae are cataclysmic nuclear explosions occurring when a white dwarf in a binary system accretes hydrogen-rich material from its companion star. Novae are partially responsible for the galactic synthesis of a variety of nuclides up to the calcium ( A ∼ 40 ) region of the nuclear chart. Although the structure and dynamics of novae are thought to be relatively well understood, the predicted abundances of elements near the nucleosynthesis endpoint, in particular Ar and Ca, appear to sometimes be in disagreement with astronomical observations of the spectra of nova ejecta.

One possible source of the discrepancies between model predictions and astronomical observations is nuclear reaction data. Most reaction rates near the nova endpoint are estimated only from statistical model calculations, which carry large uncertainties. For certain key reactions, these rate uncertainties translate into large uncertainties in nucleosynthesis predictions. In particular, the 38 K ( p , γ ) 39 Ca reaction has been identified as having a significant influence on Ar, K, and Ca production. In order to constrain the rate of this reaction, we have performed a direct measurement of the strengths of three candidate ℓ = 0 resonances within the Gamow window for nova burning, at 386 ± 10 keV, 515 ± 10 keV, and 689 ± 10 keV.

The experiment was performed in inverse kinematics using a beam of unstable 38 K impinged on a windowless hydrogen gas target. The 39 Ca recoils and prompt γ rays from 38 K ( p , γ ) 39 Ca reactions were detected in coincidence using a recoil mass separator and a bismuth-germanate scintillator array, respectively.

We have established a new recommended 38 K ( p , γ ) 39 Ca rate based on experimental information, which reduces overall uncertainties near the peak temperatures of nova burning by a factor of ∼ 250 . Using the rate obtained in this work in model calculations of the hottest oxygen-neon novae reduces overall uncertainties on Ar, K, and Ca synthesis to factors of 15 or less in all cases.