Professor Craig Underwood, the former Deputy Director of Surrey Space Centre (SSC), explains how a chance sighting of a booklet prompted a 35-year odyssey into the great beyond, and how he incurred the wrath of US Secretary of Defence Donald Rumsfeld.

Where did your journey into space begin?

I studied physics and computer science at undergraduate level, then I started teaching physics at Scarborough Sixth Form College in 1983. A while later, I received a booklet from the University of Surrey, encouraging budding scientists to build radio systems to pick up signals from UoSAT-1 and UoSAT-2, which were the first satellites that Surrey built and launched.

So I used my programming skills on the college’s BBC Micro computers to record, display and process data from them.

What was your initial role at the Centre?

I was employed to work on the Centre’s ground station and install a network of BBC Micro computers to help monitor missions. Because I was a physicist working in an electronic engineering department, I got involved in mission analysis and the design of the spacecraft that Surrey was working on, particularly in the areas of thermal protection and radiation shielding. In fact, my PhD research at Surrey was on the effects of space radiation on micro-electronics.

At that time, we’d just formed Surrey Satellite Ltd (SSTL), an offshoot company from SSC. The idea was we were going to sell our expertise to the world and use that income to support our research at SSC.

Tell us more about SSTL…

We did many missions into space with 50kg spacecraft, which were about the size of a microwave oven, and we developed all types of new technologies, including the early use of digital cameras, colour cameras and more advanced communications.

Our whole focus was driving down the cost of access to space, so not just the Russians, the Americans and the Europeans could afford it. That was SSC director Martin Sweeting’s underlying philosophy.

What are your favourite areas of research?

My interests have always been in the sensing field and seeing things invisible to the naked eye. I developed ultraviolet sensing equipment, which was used to measure the ozone layer, infrared instruments and various kinds of optical instruments, including the early use of webcam-type video cameras in space.

Despite its small size, it had a rocket engine, good guidance and advanced computing. It also had four webcams which we used to ‘see’ another spacecraft in orbit.

You became a space spy?

Sort of, but we weren’t actually spying. We were pioneering the concept of ‘remote inspection’ of spacecraft to look for damage or to check deployments. We’d been talking to the Americans about our nano-satellite technology, but I think they didn’t really believe the UK had the capabilities to do anything as sophisticated as the SNAP-1 mission.

They were a bit shocked and I believe the then US Secretary of Defence, Donald Rumsfeld, stood up in the Pentagon and named the University of Surrey as a “major threat to US defence”. The Americans started to pay our capabilities much more attention after that!

Tell me about InflateSail and RemoveDEBRIS…

From 2010-2018, we had this spectacular set of missions that were concerned with cleaning up space.

Thousands of satellites have already been launched into space and there are hundreds of thousands of objects orbiting the Earth. This debris, which includes decommissioned satellites, presents a real danger to future space missions. In SSC over the last few years, we’ve been developing the technology to help us clean up space. This includes:

You’ve retired now. Is there anything you’d still like to be involved with?

I retired last year, but I want to open up the area of space research and exploration to the wider public. So I’ve been giving talks at places such as the Guildford Institute.

Finally, what are your favourite sci-fi films or TV series? 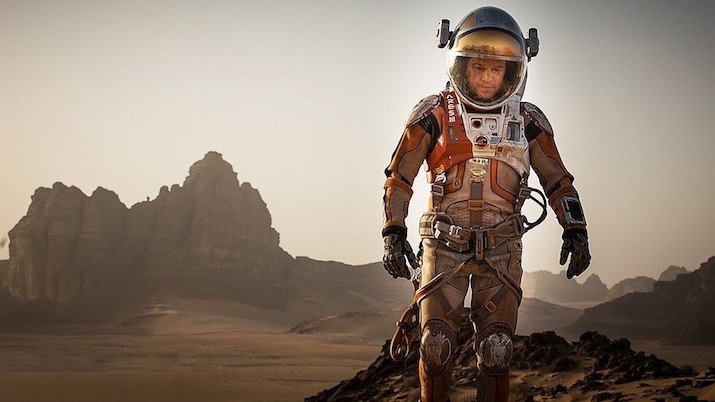 Craig was impressed with the science behind the hit movie, The Martian

I grew up during the time of the Apollo missions and the Moon landing when our entire world view was one of optimism, where science and engineering could solve anything. That sort of hope comes across in sci-fi shows such as Thunderbirds, where space tech is applied to international search and rescue, or Space 1999, where we have a base on the Moon.

I thought 2001: A Space Odyssey was well done in terms of realism as it used the relevant NASA research to show people floating in a weightless environment. The Martian was good, too, because most of it is accurate in terms of adherence to the science.