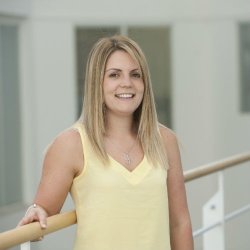 Faculty of Health and Medical Sciences.

Purpose To examine the trajectories and predictors of state and trait anxiety in patients undergoing chemotherapy for breast or colorectal cancer. Methods Secondary analysis of data collected as part of a large multi-site longitudinal study. Patients with breast or colorectal cancer completed validated scales assessing their state and trait anxiety levels (State-Trait Anxiety Inventory) and symptom burden (Rotterdam Symptom Checklist) at the beginning of each chemotherapy cycle. Longitudinal mixed model analyses were performed to test changes of trait and state anxiety over time and the predictive value of symptom burden and patients’ demographic (age, gender) and clinical characteristics (cancer type, stage, comorbidities, ECOG performance status)Results Data from 137 patients with breast (60%) or colorectal cancer (40%) were analysed. Linear time effects were found for both state (χ 2=46.3 [df=3]; p

Background: Unintentional injuries are a leading cause of preventable death and a major cause of ill health and disability in children under five years of age. A health promotion mobile phone application, ‘Grow up Safely’, was developed to support parents and carers in reducing unintentional injuries in this population of children. Methods: A prototype of the mobile application was developed to deliver health education on unintentional injury prevention linked to stages of child development. In order to explore the usability of the app and refine its content, three focus groups were conducted with 15 mothers. Data were analysed using thematic analysis. Results: The majority of participants reported previous use of health apps, mainly related to pregnancy, and recommended by health professionals. The app was considered user‐friendly and easy to navigate. Participants in two focus groups found the app informative, offered new information and they would consider using it. Participants in the ‘young mum's’ group considered the advice to be ‘common sense’, but found the language too complex. All participants commented that further development of push‐out notifications and endorsement by a reputable source would increase their engagement with the app. Conclusion: The ‘Grow Up Safely’ mobile phone app, aimed at reducing unintentional injuries in children under five, was supported by mothers as a health promotion app. They would consider downloading it, particularly if recommended by a health professional or endorsed by a reputable organisation. Further development is planned with push‐out notifications and wider feasibility testing to engage targeted groups, such as young mothers, fathers and other carers.

Purpose/Objectives: To explore changes over time in self-efficacy and the predictive ability of changes in state anxiety and health-related quality of life during chemotherapy.  Design: Secondary analysis of a longitudinal dataset derived from a larger, multicenter study.  Setting: Outpatient oncology clinics across eight general hospitals in England, Scotland, and Northern Ireland.  Sample: 137 patients scheduled to receive adjuvant chemotherapy for breast or colorectal cancer.  Methods: At the beginning of each of six chemotherapy cycles, participants completed the Strategies Used by People to Promote Health questionnaire, the State-Trait Anxiety Inventory, and the Functional Assessment of Cancer Therapy–Breast or –Colorectal questionnaire. Multilevel model analysis was used to analyze longitudinal data, adjusted for demographic and clinical variables.  Main Research Variables: Self-efficacy, anxiety, and health-related quality of life.  Findings: No significant time effects were found for patients’ overall perceived self-efficacy or self-efficacy parameters. A trend toward greater self-efficacy was evident as chemotherapy progressed. Self-efficacy was significantly associated with decreased state anxiety throughout chemotherapy. Increases in overall self-efficacy and perceived ability to maintain a positive attitude were significantly associated with over-time increases in physical, emotional, and functional well-being, as well as with fewer cancer-related concerns.  Conclusions: Findings highlight the importance of clinical assessments throughout treatment that focus on patients’ perceived self-efficacy as a positive regulator of mood and well-being.   Implications for Nursing: The current study suggests self-efficacy enhancement should be a key component of psycho-behavioral programs designed to support patients with cancer throughout chemotherapy.