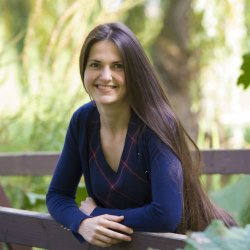 The existence of an inertial manifold for the 3D Cahn-Hilliard equation with periodic boundary conditions is verified using a proper extension of the so-called spatial averaging principle introduced by G. Sell and J. Mallet-Paret. Moreover, the extra regularity of this manifold is also obtained.

We present a new method of establishing the finitedimensionality of limit dynamics (in terms of bi- Lipschitz Mané projectors) for semilinear parabolic systems with cross diffusion terms and illustrate it on the model example of 3D complex Ginzburg- Landau equation with periodic boundary conditions. The method combines the so-called spatial-averaging principle invented by Sell and Mallet-Paret with temporal averaging of rapid oscillations which come from cross-diffusion terms.

Tom Bridges, Anna Kostianko, Guido Schneider (2020)A proof of validity for multiphase Whitham modulation theory, In: Proceedings of the Royal Society of London. Series A, Containing papers of a mathematical and physical character.476(2243) The Royal Society Publishing
DOI: 10.1098/rspa.2020.0203

Proc. Roy. Soc. Lond. A (2020) It is proved that approximations which are obtained as solutions of the multiphase Whitham modulation equations stay close to solutions of the original equation on a natural time scale. The class of nonlinear wave equations chosen for the starting point is coupled nonlinear Schr\"odinger equations. These equations are not in general integrable, but they have an explicit family of multiphase wavetrains that generate multiphase Whitham equations which may be elliptic,hyperbolic, or of mixed type. Due to the change of type, the function space setup is based on Gevrey spaces with initial data analytic in a strip in the complex plane. In these spaces a Cauchy- Kowalevskaya-like existence and uniqueness theorem is proved. Building on this theorem and higher-order approximations to Whitham theory, a rigorous comparison of solutions, of the coupled nonlinear Schr\"odinger equations and the multiphase Whitham modulation equations, is obtained.

An inertial manifold for the system of 1D reaction-diffusion-advection equations endowed by the Dirichlet boundary conditions is constructed. Although this problem does not initially possess the spectral gap property, it is shown that this property is satisfied after the proper non-local change of the dependent variable.

It is proved that modulation in time and space of periodic wave trains, of the defocussing nonlinear Schrödinger equation, can be approximated by solutions of the Whitham modulation equations, in the hyperbolic case, on a natural time scale. The error estimates are based on existence, uniqueness, and energy arguments, in Sobolev spaces on the real line. An essential part of the proof is the inclusion of higher-order corrections to Whitham theory, and concomitant higher-order energy estimates.