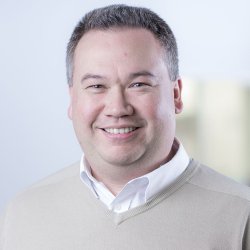 As Programme Manager for the 5G Innovation Centre (5GIC), I bring a wealth of industrial experience in future mobile communication systems research and standardisation. Having previously carried out research used to drive standardisation of military high frequency radio systems, I started work on research and standardisation of UMTS third generation mobile radio systems just as these activities started moving from concepts to first technical standards definition. Over a decade I actively participated in, and contributed to, the standardisation of various elements of the radio access network for 3G and 4G, within both ETSI (European Telecommunications Standards Institute) and 3GPP (3rd Generation Partnership Project), learning not only the technologies involved, but also the mechanisms, values, and constraints of global standardisation.

I was able to contribute to the development of 4G from the start - working within the ITU (International Telecommunication Union) on the fundamental vision and framework for "4G", as well as on market and service aspects. As a representative of the global industrial and academic research community, on the steering board and vision committee of the Wireless World Research Forum, I was one of the originators of the large WINNER collaborative research project, which provided many of the core technical ideas used within 4G standardisation. In total, I have filed over 30 patents in the field of mobile communications.

Since joining the Institute for Communication Systems, I have also worked on the Internet of Things (IoT) - forming and running the Internet of Things International Forum, which was at the forefront of bringing together industry, academia, regulators and individuals interested in the IoT domain, which is seen as one of the key new drivers towards 5G systems.

Within the 5GIC my role has always been one of looking beyond individual technologies to understand how the research efforts can be effectively directed to work together towards meaningful solutions, rather than just clever ideas. As Programme Manager, I have also taken on the responsibility to form the bonds between the research programme and our industrial members, so that research results can be used to have an impact on the development of actual 5G systems.” 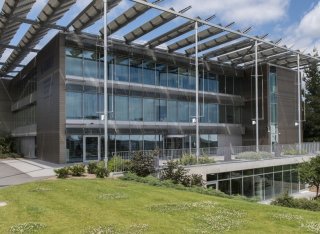 The widely accepted OFDMA air interface technology has recently been adopted in most mobile standards by the wireless industry. However, similar to other frequency-time multiplexed systems, their performance is limited by inter-cell interference. To address this performance degradation, interference mitigation can be employed to maximize the potential capacity of such interference-limited systems. This paper surveys key issues in mitigating interference and gives an overview of the recent developments of a promising mitigation technique, namely, interference avoidance through inter-cell interference coordination (ICIC). By using optimization theory, an ICIC problem is formulated in a multi-cell OFDMA-based system and some research directions in simplifying the problem and associated challenges are given. Furthermore, we present the main trends of interference avoidance techniques that can be incorporated in the main ICIC formulation. Although this paper focuses on 3GPP LTE/LTE-A mobile networks in the downlink, a similar framework can be applied for any typical multi-cellular environment based on OFDMA technology. Some promising future directions are identified and, finally, the state-of-the-art interference avoidance techniques are compared under LTE-system parameters.

In this paper we present a novel distributed Inter-Cell Interference Coordination (ICIC) scheme for interference-limited heterogeneous cellular networks (HetNet). We reformulate our problem in such a way that it can be decomposed into a number of small sub-problems, which can be solved independently through an iterative subgradient method. The proposed dual decomposition method can also address problems with binary-valued variables. The proposed algorithm is compared with some reference schemes in terms of cell-edge and total cell throughput.

The first generation of femtocells is evolving to the next generation with many more capabilities in terms of better utilisation of radio resources and support of high data rates. It is thus logical to conjecture that with these abilities and their inherent suitability for home environment, they stand out as an ideal enabler for delivery of high efficiency multimedia services. This paper presents a comprehensive vision towards this objective and extends the concept of femtocells from indoor to outdoor environments, and strongly couples femtocells to emergency and safety services. It also presents and identifies relevant issues and challenges that have to be overcome in realization of this vision.

The fifth-generation (5G) new radio (NR) cellular system promises a significant increase in capacity with reduced latency. However, the 5G NR system will be deployed along with legacy cellular systems such as the long-term evolution (LTE). Scarcity of spectrum resources in low frequency bands motivates adjacent-/co-carrier deployments. This approach comes with a wide range of practical benefits and it improves spectrum utilization by re-using the LTE bands. However, such deployments restrict the 5G NR flexibility in terms of frame allocations to avoid the most critical mutual adjacent-channel interference. This in turns prevents achieving the promised 5G NR latency figures. In this we paper, we tackle this issue by proposing to use the minislot uplink feature of 5G NR to perform uplink acknowledgement and feedback to reduce the frame latency with selective blind retransmission to overcome the effect of interference. Extensive system-level simulations under realistic scenarios show that the proposed solution can reduce the peak frame latency for feedback and acknowledgment up to 33% and for retransmission by up to 25% at a marginal cost of an up to 3% reduction in throughput.