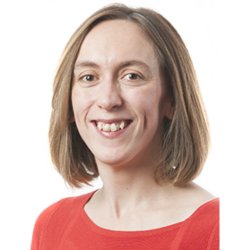 Department of Mathematics, Centre for Mathematical and Computational Biology. 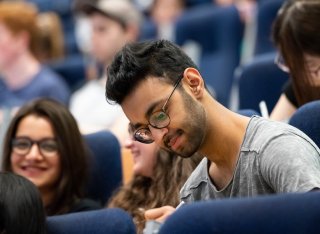 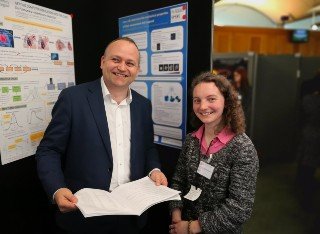 University of Surrey student takes her research to Parliament

I am interested in using mathematical and computational approaches to solve a broad range of problems in developmental biology, tissue morphogenesis and cancer modelling. A particular research focus is on the cell as a physical object, incorporating an understanding of the role of mechanical forces into models of biological processes. I draw on a diverse range of concepts in pursuing this research ranging from population modelling to the theories of fluid dynamics and elasticity theory. Currently ongoing projects include work on tissue self-organization, mechanical regulation of growth and cellular contractility.

Open positions
PhD positions available within the group - please do get in touch.
Mechanobiology
The importance of the cell as a physical object and of mechanical interactions in directing cellular behaviours is now clear. We use mathematical modelling to investigate how physical forces internally generated within cells can direct cellular behaviour through - and in particular on the role of cell-substrate (in vitro) and cell-ECM interactions in this process.
mechanotransduction
PKPD modelling for cancer treatments
Quantitative systems pharmacology is being increasingly recognised as being of high value in the pharma sector. We here focus on PKPD models of drug effects in tissue within the context of mathematical oncology.  (A collaboration with AstraZeneca)
Mathematical models of morphogenesis for tissue engineering
In many context, healthy tissue function is dependent on structure. The question of how tissues develop their shape and size underpins the field of tissue morphogenesis. By considering how growth and active cellular behaviours can generate force and tissue adaption we investigate this process in a range of tissues looking cellular positioning, branching structures, and size control. This has implications for diseases associated with disregulation of morphogenesis and organoid (synthetic tissue) development.
Modelling for biophysical experiment
The range of techniques available for interrogating the biophysics of cells and tissues has exploded over recent years. These new experiments have illuminated the physical nature of cells. We use mathematical modelling of cellular mechanics to inform the interpretation of what these experimental observations could imply for cell cytoskeletal dynamics and force generation. This is particularly important, where cells are seen to interact with each other in multicellular systems so that isolating individual cell behaviours experimentally is difficult.

I am lecturing this year on

We show that growth within the tissue leads to the build-up of internal stress, and we find potential mechanotransductive mechanisms occurring as a result of this growth. These mechanisms are deemed switching points and we show that they can occur both as a result of the internal stress and of the associated strains. We also find that, for systems with a deformable central core, this core can expand and shrink passively as a result of growth within the surrounding material in parameter regimes that we identify.

We also relax the assumption that the inner core is non-growing and consider that both phases of the tissue undergo growth. This leads to a competition of growth and we show that switching still occurs, but is now dependent upon the growth in both regions. This is considered specifically in the case of ovarian follicles, where we further observe that the cuboidalisation of cells can be produced as a consequence of the mechanics within the system. We next consider the addition of the effect of contractility upon the linear model using two techniques of implementation.

The necessity of the use of nonlinear elasticity is then tested, from which we show that for most parameters within the realms of soft biological tissues, the linear approximation to the nonlinear model is of a sufficient likeness to warrant the use of the linear scheme. We find that the ratio of the Young's modulus of the tissue and the surrounding medium is key in determining the effectiveness of the linear model.

These studies consistently highlight the importance of the mechanical properties of the tissue and surrounding extracellular matrix, specifically stressing the significance of the Young's modulus upon tissue growth dynamics.

A two-day meeting was held by members of the UK Quantitative Systems Pharmacology Network (http://www.qsp-uk.net/) in November 2018 on the topic of Translational Challenges in Oncology. Participants from a wide range of backgrounds were invited to discuss current and emerging modelling applications in non-clinical and clinical drug development, and to identify areas for improvement. This resulting perspective explores opportunities for impactful quantitative pharmacology approaches. Four key themes arose from the presentations and discussions that were held, leading to the following recommendations:

Henslee Erin A., Dunlop Carina, de Mel Christine M., Carter Emily, Abdallat Rula, Camelliti Patrizia, Labeed Fatima (2020) DEP-Dots for 3D cell culture: low-cost, high-repeatability, effective 3D cell culture in multiple gel systems,Scientific Reports Nature Research
It is known that cells grown in 3D are more tolerant to drug treatment than those grown in dispersion but the mechanism for this is still not clear; cells grown in 3D have opportunities to develop inter-cell communication, but are also closely packed which may impede diffusion. In this study we examine methods for dielectrophoresis-based cell aggregation of both suspension and adherent cell lines and compare the effect of various drugs on cells grown in 3D and 2D. Comparing viability of pharmacological interventions on 3D cell clusters against both suspension cells and adherent cells grown in monolayer, as well as against a unicellular organism with no propensity for intracellular communication, we suggest that 3D aggregates of adherent cells, compared to suspension cells, show a substantially different drug response to cells grown in monolayer, which increases as the IC50 is approached. Further, a mathematical model of the system for each agent demonstrates that changes to drug response are due to inherent changes in the system of adherent cells from the 2D to 3D state. Finally, differences within electrophysiological membrane properties of the adherent cell type suggest this parameter plays an important role in the differences found in the 3D drug response.
Yates James W.T., Byrne Helen, Chapman Sonya C., Chen Tao, Cucurull?Sanchez Lourdes, Delgado?SanMartin Juan, Di Veroli Giovanni, Dovedi Simon J., Dunlop Carina, Jena Rajesh, Jodrell Duncan, Martin Emma, Mercier Francois, Ramos?Montoya Antonio, Struemper Herbert, Vicini Paolo (2020) Opportunities for Quantitative Translational Modeling in Oncology,Clinical Pharmacology & Therapeutics 108 (3) pp. 447-457 Wiley
DOI: 10.1002/cpt.1963

A 2?day meeting was held by members of the UK Quantitative Systems Pharmacology Network (http://www.qsp?uk.net/) in November 2018 on the topic of Translational Challenges in Oncology. Participants from a wide range of backgrounds were invited to discuss current and emerging modeling applications in nonclinical and clinical drug development, and to identify areas for improvement. This resulting perspective explores opportunities for impactful quantitative pharmacology approaches. Four key themes arose from the presentations and discussions that were held, leading to the following recommendations:

" Evaluate the predictivity and reproducibility of animal cancer models through precompetitive collaboration.