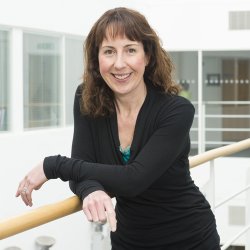 Carol received a BSc (Hons) in Chemistry with German in 1997 and a PhD in Chemistry in 2002, both from Dublin City University (DCU), Ireland. After a short post-doctoral position at the National Centre for Sensor Research (DCU) she worked as a Research Fellow with Professor Gordon Wallace in the Intelligent Polymer Research Institute at the University of Wollongong, Australia. With the support of a Marie Curie Reintegration Grant she returned to DCU in 2008 to work with Professor Richard O'Kennedy as a Research Fellow at the Biomedical Diagnostics Institute. Carol commenced her position as a Lecturer in Physical/Materials Chemistry at the University of Surrey in 2011. 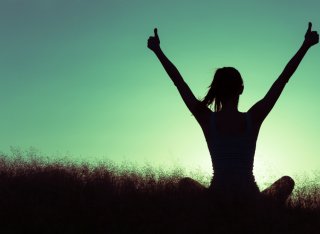 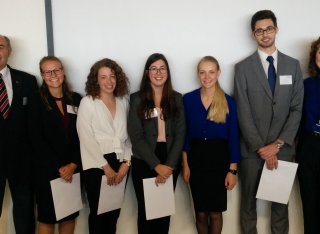 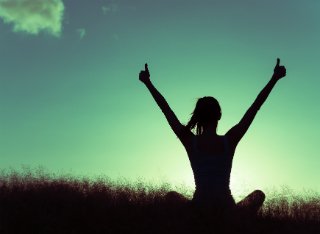 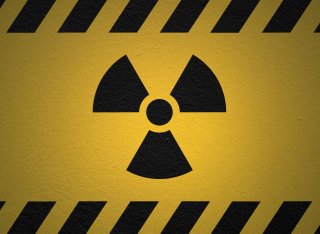 Her research interests include:

Khaled Alqurashi, James R. Kelly, Zhengpeng Wang, Carol Crean, Raj Mittra, Mohsen Khalily, Yue Gao (2020)Liquid Metal Bandwidth-Reconfigurable Antenna, In: IEEE ANTENNAS AND WIRELESS PROPAGATION LETTERS19(1)pp. 218-222 Institute of Electrical and Electronics Engineers
DOI: 10.1109/LAWP.2019.2959879
This letter shows how slugs of liquid metal can be used to connect/disconnect large areas of metalization and achieve a radiation performance not possible by using conventional switches. The proposed antenna can switch its operating bandwidth between ultrawideband and narrowband by connecting/disconnecting the ground plane for the feedline from that of the radiator. This could be achieved by using conventional semiconductor switches. However, such switches provide point-like contacts. Consequently, there are gaps in electrical contact between the switches. Surface currents, flowing around these gaps, lead to significant back radiation. In this letter, the slugs of a liquid metal are used to completely fill the gaps. This significantly reduces the back radiation, increases the bore-sight gain, and produces a pattern identical to that of a conventional microstrip patch antenna. Specifically, the realized gain and total efficiency are increased by 2 dBi and 24%, respectively. The antenna has potential applications in wireless systems employing cognitive radio (CR) and spectrum aggregation.
Mona Nabil Sweilam (2020)Wearable sensors for body fluids analysis. University of Surrey
DOI: 10.15126/thesis.00852286

A flexible cotton-based Li+ selective sensor and carbon-based reference electrode were fabricated to be incorporated in a wearable dermal patch for potential lithium drug monitoring in patient with bipolar disorder. Cotton fibres were converted to conductive cotton fibres by dipping in single-walled carbon nanotube ink until their resistance decreased to 500 Ω. Conductive cotton fibres were coated with a Li+ selective membrane solution via dip-coating to fabricate the Li+ sensor. Carbon fibres were dip-coated in Ag/AgCl ink followed by a reference membrane solution to obtain the carbon-based reference electrode. Potentiometric measurements of the Li+ sensor and reference electrode were performed vs. a double junction reference electrode and vs. each other and comparable results were obtained. The potentiometric response of the cotton-based Li+ sensor was linear over the Li+ concentration range (0.1 – 63 mM) for Li+ sensors which spans the ineffective, clinically relevant analytical range (0.4 – 1.0 mM) and toxic range of Li+ serum concentration. These fibre-based sensors were capable of determining Li+ concentration in aqueous and plasma spiked samples.

Furthermore, a pilot experiment was performed to determine the biocompatibility of the materials used to develop the fibre-based Li+ sensor and reference electrode with promising initial results.

Silver Nanowires (Ag NWs) are a heavily researched material, mostly as a replace-ment for the industry standard Indium Tin Oxide (ITO). Ag NWs are sought after be-cause they can be used on flexible substrates and be solution deposited. One main drawback of silver NWs is the film failure during either electrostatic discharge (ESD) tests or direct Joule heating, at currents significantly lower than ITO can handle. In this work the up scaling of the spray deposition of Ag NWs and the current induced failure that is observed during film use in electronic devices are investigated. Both of these areas are ones of the few stopping Ag NWs from being adopted by the industry. As part of this project, a holistic approach is taken, where a machine for the deposition was designed and tuned to improve the efficiency of the process, then using that tool process devel-opment was undertaken using various dispersions and finally the current induced failure of the deposited films was investigated. This way a complete understanding was achieved of the spray process and of silver nanowires as a material.

Using a spray deposition tool, built and commissioned during the project, the indus-try requirements of less than 10% uniformity variation, optical transmission over 90% and haze bellow 1% were achieved for 150 mm width at 100 Ω/sq. Furthermore, better understanding of the spray pattern and nozzle overlap was achieved using experimental and simulation data. Based on this tool and the knowledge acquired from its design, a series of customer machines were designed for various applications. The original tool was upgraded to an airbrush-based system, in order to facilitate for R&D work such as process development and sample preparation for small scale application tests. Various nanowire dispersions were tested from various suppliers using this upgraded tool with success. Using the fine-tuned process, films were deposited for solar cells, liquid crystal displays, light emitting diodes and heaters, with great preliminary results. Finally, the deposition of nanowires on 3D surfaces was achieved with great success.

To understand the current induced failures, the failure mechanism and the maximum current density that the nanowires can withstand needs to be identified. To do that, small scale tests were undertaken and then the films were imaged using SEM and AFM. From these measurements it was found that the maximum current density (18-260 MA/cm2), at which the NW films fail, is much lower than what has been observed in lit-erature (18-260 MA/cm2). As part of this work it was found that for a 100 Ω/sq film, the failure occurred at a current density of 7 MA/cm2. This is because of the Joule heating of the nanowires, which in the case of dense networks initiates in the junctions. This is be-cause the junction resistance dominates over the resistance of the individual wires, since it is an order of magnitude higher. It was found that denser nanowire networks (lower sheet resistance), fail at lower current densities. This is because the number and the prox-imity of the junctions increase, resulting in quicker heating and failure. Furthermore, when network is consisted of multiple layers of nanowires, the heat dissipates at a slow-er rate, since the top nanowires have just air for the heat to be transferred to, in contrast with the bottom layer wires, which dissipate heat through direct contact with the glass substrates (better heat conductor than air). The failure is always in a line, perpendicular to the current flow. This is happening because the film failure originates from a weak spot of the sample. This weak spot is on an axis perpendicular to the current flow where there is a less dense patch of the film. When one junction fails, more current has to pass through a smaller number of nanowires, resulting in a chain reaction. Various treatments and NW hybrid materials are proposed in order to decrease the succeptability to the cur-rent induced failure resistance of the films. Two of them are the incorporation of gra-phene on the junctions, which acts as a heat sink and the introduction of a PEDOT:PSS film, which acts as a larger area for the heat to dissipate through and also, creates more channels for the current to flow through.