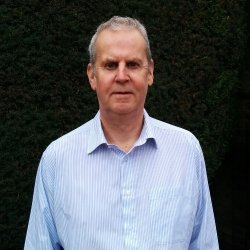 F Bouali, K Moessner, C Fitch (2016)A Context-Aware User-Driven Framework for Network Selection in 5G Multi-RAT environments, In: 2016 IEEE 84th Vehicular Technology Conference
To improve inter-operability of future 5G systems with existing technologies, this paper proposes a novel context-aware user-driven framework for network selection in multi- RAT environments. It relies on fuzzy logic to cope with the lack of information usually associated with the terminal side and the intrinsic randomness of the radio environment. In particular, a fuzzy logic controller first estimates the out-of-context suitability of each RAT to support the QoS requirements of a set of heterogeneous applications. Then, a fuzzy multiple attribute decision making (MADM) methodology is developed to combine these estimates with the various components of the context (e.g., terminal capabilities, user preferences and operator policies) to derive the in-context suitability level of each RAT. Based on this novel metric, two spectrum selection and spectrum mobility functionalities are developed to select the best RAT in a given context. The proposed fuzzy MADM approach is validated in a dense small cell environment to perform a context-aware offloading for a mixture of delay-sensitive and best-effort applications. The results reveal that the fuzzy logic component is able to efficiently track changes in the operating conditions of the different RATs, while the MADM component enables to implement an adjustable context-aware strategy. The proposed fuzzy MADM approach results in a significant improvement in achieving the target strategy, while maintaining an acceptable QoS level compared to a traditional offloading based on signal strength.