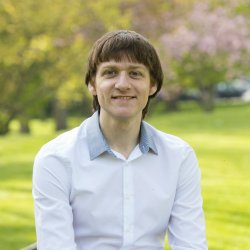 My expertise are in particle technology, where I aim to relate particle properties and process conditions to product performance, with particular focus on powder flow and particle breakage. I obtained MEng (2006) and PhD (2010) degrees in Chemical Engineering from the University of Leeds. I was awarded the Young Researcher of the Year Award at the UK Particle Technology Forum in 2012, and the IChemE 2015 Nicklin Medal for promising young engineering researchers at ChemEngDayUK 2016. I am also a member of the EPSRC Early Career Forum in Manufacturing Research.

During my PhD I developed a method to predict particle breakage during agitated drying of crystallised solids. As a research fellow at the Institute of Particle Science & Engineering at The University of Leeds (2010 – 2016), I co-developed the method of ball indentation for powder flowability measurement. I carried out a knowledge transfer secondment to Procter & Gamble during 2014-15, exploring “Advanced Manufacturing Based on the Discrete Element Method”, where I developed an approach to predict size reduction in ribbon milling operations.

In 2014 I was awarded a research grant by the International Fine Particle Research Institute (IFPRI) to carry out a “Flowability Assessment of Weakly Consolidated Powders”, receiving further funding from IFPRI in 2017 to continue this work. I have also received funding from Corning Inc. for “Characterising Powder Flow in Dynamic Processes”, and am a co-investigator on the Marie-Curie ITN “Mathegram”.

Flowability assessment of weakly consolidated powders
Reliable powder flow measurement methods for quasi-static flow under moderate to high stress levels are established, with shear cells being readily utilised for hopper design and powder flowability ranking. However when measuring under low stresses, the reliability of shear cells, and other test methods, deteriorate. This project investigates how best to operate a shear cell in order to improve the flow measurement, as well as exploring alternative flow measurement techniques, such as ball indentation and uniaxial compression. Furthermore, a wide range of powders are explored to determine the influence of individual particle properties on powder flowability. This project is funded by the International Fine Particle Research Institute (IFPRI).
Characterising powder flow under dynamic conditions
There are established techniques, such as shear cells, for measuring the onset of powder flow in order to design storage bins and hoppers. However, in many cases the control of powder flow is challenging, particularly for dynamic processes such as filling, mixing and blending. The FT4 Powder Rheometer of Freeman Technology, which drives a rotating blade through a column of powder, is capable of measuring powder flow in a dynamic state. However there is little understanding in how to relate this measurement to process design. This project will utilise the computational simulation technique of the Discrete Element Method (DEM) to simulate the FT4 operation and determine the prevailing stresses and strain rates in relation to powder properties. The developed understanding will be used along with simulations of other processes (e.g. mixing/blending) in order to relate measurements in the FT4 to the process performance, and create a protocol for process design. This project is funded by Corning Inc.

Hare Colin, Ghadiri M, Guillard N, Bosworth T, Egan G (2016)Analysis of milling of dry compacted ribbons by distinct element method, In: Chemical Engineering Science149pp. 204-214 Elsevier
DOI: 10.1016/j.ces.2016.04.041
Fine cohesive powders are often dry granulated to improve their flowability. Roller compaction is commonly used to produce dense ribbons which are then milled. The material properties of the powder and the conditions in the roller compactor affect the strength of the ribbons, however there is no method in the literature to predict the size distribution of the product of ribbon milling. Here we introduce a method, by using the Distinct Element Method (DEM) to determine the prevailing impact velocities and stresses in the mill, with bonded spheres representing the ribbons. The bond strength is calibrated by matching experimental results of three point bend measurements and predictions from numerical simulations. The ribbons are then exposed to the dynamic conditions predicted by the DEM, by dropping them from a controlled height to cause fragmentation, and subsequently stressing them in a shear cell under the conditions again predicted by the DEM. The fragments are sheared under these conditions to represent repeated passage of bars over the fragments at the mill base. Sieve analysis is used here to determine the particle size distribution under given mill conditions. The predicted size distribution of the mill product compares well with the plant data. It is found that the mill speed and length of ribbons fed to the mill have no significant influence on the product size distribution for the range tested.
Stavrou Alexandros G. (2020)Assessing powder flowability at low consolidation stresses. University of Surrey
DOI: 10.15126/thesis.00852876
The inability of cohesive powders to flow consistently and reliably is a major cause of process downtime and product wastage across a wide range of powder processing industries. Extensive work has been carried out characterising powder flowability using a wide array of techniques, with the most established method of powder flow measurement at moderate to high stresses being shear cells, with theories developed for silo and hopper design. Many processes of great industrial interest though, such as filling and dosing of powders in capsules and dispersion in dry powder inhalers (DPI), expose particles to very low consolidation stresses (≤ 1 kPa), at which the determination of unconfined yield strength by shear testing is often marred with inconsistencies in the measurement, or in comparison to the observed behaviour. Therefore, there is a need for an alternative approach in order to develop an understanding of powder flow for weakly consolidated powders, such as ball indentation, which is a penetration technique capable of assessing powder flowability down to very low stresses, whilst requiring only a very small amount of material. In this technique, a powder bed is consolidated to any desired stress that provides a reasonably flat surface, and then penetrated by a spherical indenter. The flowability is determined by calculating the hardness of the powder bed, from the force-displacement response of the bed. Hardness can be linked to the unconfined yield strength, commonly derived by shear testers, via the constraint factor, which is dependent on particle properties, although cannot yet be determined a priori. In this work, the constraint factor of a broad class of powders was quantified from indentation and shear cell experiments at moderate to high stresses and was found to be generally independent of the applied stress, while for four out of the twenty-five materials it exhibited fluctuations. In order to infer the unconfined yield strength from hardness measurements at low stresses, it was assumed that the constraint factor remains constant at lower stresses. Distinct Element Method (DEM) modelling was also utilised to simulate the ball indentation system, allowing the powder bed internal failure stresses to be realised in order to elucidate the behaviour of the constraint factor at low stresses. The simulations validated the assumption that the constraint factor remains constant throughout the applied stress range. Furthermore, the applicability and reliability of both ball indentation and the FT4 shear cell were assessed in a wide range of both low and moderate to high stresses. Ball indentation gave very repeatable results throughout the whole range of stresses applied, whilst the FT4 shear cell was deemed unreliable for most materials at pre-shear normal stresses of 1 kPa and below. For all materials except the three powders that remain very cohesive throughout the stress range tested, the increase of hardness (and therefore also the unconfined yield strength inferred from ball indentation) with stress was observed to be much steeper at low stresses, as compared to higher stresses, due to a more rapid increase in packing fraction. For all model glass beads tested, except for the 0 - 20 μm samples, hardness was found to be independent of penetration depth in a certain depth range. In contrast, for most ‘real’ materials, plus the aforementioned very fine model glass beads, hardness was found to continually increase with depth, with a gradient that is independent of the applied stress and similar for all materials tested. The powders that are prone to stick-slip deviated from the above behaviour and exhibited a fluctuating force response. The influence of a variety of particle properties on the constraint factor, and subsequently powder flowability, was also determined both experimentally and computationally. The effects of particle size, size distribution, and single particle and agglomerate shape were investigated experimentally, whilst static and rolling friction, and plastic yield stress were varied in DEM simulations. The influence of interface energy was studied both experimentally and by DEM modelling. All properties were found to affect the constraint factor and flow behaviour to some extent, denoting the complexity of powder flow behaviour.
El Hebieshy Joesry Fouad (2020)Die filling of aerated powders. University of Surrey
DOI: 10.15126/thesis.00851891