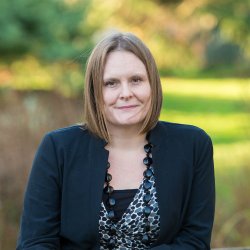 Faculty of Health and Medical Sciences, School of Biosciences and Medicine, Centre for Mathematical and Computational Biology.

After graduating from my first degree in Molecular Biology and Genetics at University of East Anglia in 2001, I 'converted' to 'dry' science by completing an MSc in Bioinformatics at University of East Anglia, where I started to look into predicting protein disorder from amino acid sequences (2001-2002). I consolidated this conversion by studying for my PhD in Bioinformatics at Manchester University from 2002-2005 (PhD awarded 2007). My PhD focused upon the prediction of transcriptional units by integrating genomic and transcriptomic data. Directly following my PhD, from 2005, I worked as a Research Associate in Bioinformatics at the University of Surrey, where I was involved in the storage and analysis of the high-throughput data generated by the Streptomyces coelicolor International research consortium ActinoGEN. In 2009 I became an academic at the University of Surrey, appointed to Senior Lecturer in 2016. 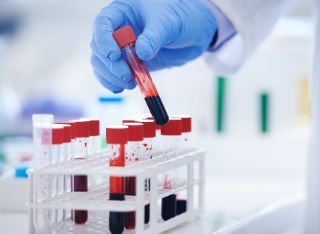 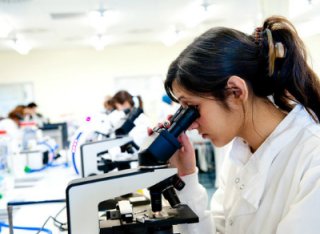 New research suggests a novel route in the fight against cancer

I have led the bioinformatics component of interdisciplinary projects that have thus far attracted >£4.5M and produced more than 29 published, peer-reviewed outputs, the majority of which are recognised as being in top quartile journals.

I have acted as a panel member of the BBSRC BBR panel in 2017 and 2018, and as a 'roving' machine learning expert panel member in BBSRC responsive mode research committee meetings (2017). I have assessed interdisciplinary research proposals for; BBSRC, MRC, Wellcome Trust, Royal Society and the Irish research council.

I have acted as a member of the organising committee for Translation UK 2016, and Technical co-chair of 2012 IEEE Symposium on Computational Intelligence in Bioinformatics and Computational Biology.

My current funded projects include:

I have created new innovative, interdisciplinary teaching programmes and courses to close the recognised skills gap in computational approaches and quantitative analyses in the life and health sciences, for which I have gained the support of BBSRC and industry.

I currently teach at all HE levels in relation to; bioinformatic approaches, statistics, molecular biology and genetics, and systems biology.

Based on requests, I have run ad hoc workshops related to statistical analysis and computational programming for external institutions and research groups.

I have acted as a reviewer for the textbooks "Introduction to Genomics", by Lesk, Oxford University Press" and "Systems biology in Environmental Research, From the Genome to Epigenome", by Fry, Elsevier.

My current PhD projects include:

Nadia Mohammed (Co-supervisor, collaboration with Jenny Ritchie and Ginny Moore (PHE)): Hospital sink microbiomes and their contribution to the spread of antimicrobial resistance

Here, 30 C. jejuni strains were isolated from commercial chicken meat and assayed for their motility and ability to form biofilms, using crystal violet staining at 37RC and 42RC. Only five of the 30 isolates were able to form biofilms, with more complex biofilm phenotypes observed at 37RC. Although all isolates were motile, a weak correlation between motility and biofilm formation was observed, indicating that motility is not essential to the phenotype. Ten isolates were selected, representing the five most competent, and five poorest biofilm formers. These isolates were screened for their virulence profiles using Galleria mellonella and adhesion and invasion of Caco-2 models. No correlation between the ability to form biofilms and virulence phenotypes was observed.

Next-Generation Sequencing (NGS) and subsequent pangenome analysis revealed genes which were differentially present/absent in competent and poor biofilm genomes, two of which are involved with sialic acid synthesis and transport. Phylogenetic analysis revealed CJP17 and CJP19 strains (competent and poor biofilm formers respectively) to be almost genetically identical, with three gene mutations in the CJP17 genome. One such mutation is predicted to cause truncation of pflA, which is suggested to be the cause of reduced motility in this strain compared to CJP19. Despite this mutation, CJP17 displayed a competent biofilm phenotype, suggesting the mechanisms involved in biofilm formation are motility independent.

The studies reported here demonstrate significant differences in the metabolism and genetic composition between poor and competent biofilm isolates. Moreover, this work provides evidence that multiple C. jejuni genes are responsible for the biofilm phenotype in currently circulating C. jejuni isolates. This study suggests that the role of membrane proteins, such as memP, is key in the formation of biofilm in NCTC11168, but les

We also proposed a novel machine learning approach to evaluating the circadian disruption using robust regression as a contextual anomaly detection method. The main aspect of novelty in this work is coming from applying a point anomaly detection technique with respect to a circadian rhythmicity context. To the best of our knowledge, this work is the first which introduced the use of NR1D1/NR1D2 clock genes as prior knowledge to detect genes pathways involved in response to sleep disruption. In the Circadian Disruption Detection (CDD) model, we implemented and validated a model that successfully model the normal samples. While in anomalies samples i.e. samples with significant transcription effect under the circadian disruption, the model was acting poorly. Results of the analysis of variance (ANOVA) and t-test show the benefits of using our robust multi-regression errors as a biological biomarker to detect sleep deprivation using genes microarray data. we found that there was a significant difference between the error distribution for the normal sleep and the anomalies samples at the p

Iadevaia Valentina, Wouters Maikel D., Kanitz Alexander, Matia-González Ana M., Laing Emma E., Gerber André P. (2020) Tandem RNA isolation reveals functional rearrangement of RNA-binding proteins on CDKN1B/p27Kip1 3'UTRs in cisplatin treated cells, RNA Biology 17 (1) pp. 33-46 Taylor & Francis
DOI: /10.1080/15476286.2019.1662268
Post-transcriptional control of gene expression is mediated via RNA-binding proteins
(RBPs) that interact with mRNAs in a combinatorial fashion. While recent global RNA
interactome capture experiments expanded the repertoire of cellular RBPs quiet
dramatically, little is known about the assembly of RBPs on particular mRNAs; and
how these associations change and control the fate of the mRNA in drug-treatment
conditions. Here we introduce a novel biochemical approach, termed tobramycinbased
tandem RNA isolation procedure (tobTRIP), to quantify proteins associated with
the 3'UTRs of cyclin-dependent kinase inhibitor 1B (CDKN1B/p27Kip1) mRNAs in vivo.
P27Kip1 plays an important role in mediating a cell's response to cisplatin (CP), a widely
used chemotherapeutic cancer drug that induces DNA damage and cell cycle arrest.
We found that p27Kip1 mRNA is stabilized upon CP treatment of HEK293 cells through
elements in its 3'UTR. Applying tobTRIP, we further compared the associated proteins
in CP and non-treated cells, and identified more than fifty interacting RBPs, many
functionally related and evoking a coordinated response. Knock-downs of several of
the identified RBPs in HEK293 cells confirmed their involvement in CP-induced p27
mRNA regulation; while knock-down of the KH-type splicing regulatory protein
(KHSRP) further enhanced the sensitivity of MCF7 adenocarcinoma cancer cells to
CP treatment. Our results highlight the benefit of specific in vivo mRNA-protein
interactome capture to reveal post-transcriptional regulatory networks implicated in
cellular drug response and adaptation.
King David (2020) The characterisation of foot-and-mouth disease viral populations subjected to host immune pressure,
DOI: 10.15126/thesis.00853766
Foot-and-mouth disease virus (FMDV) typically exists within a replication site as a heterogeneous population. This diversity allows FMDV populations to rapidly adapt to new selection pressures, for example an immune response. High-throughput sequencing (HTS) technologies allow for this sequence diversity to be characterised, however challenges still exist to distinguish real biological variation from process-introduced error. To improve variant calling accuracy, artificial DNA and RNA based populations containing sequence variants at known positions and frequencies were created. These were used to systematically investigate the impact of different laboratory and bioinformatics protocols on variant calling and error generation in HTS datasets. Analysis revealed that variants as low as 0.2% could be predicted in all DNA populations and RNA samples with a high amount of template. While decreasing the amount of RNA input required higher frequency percentage thresholds and more technical replicates to maintain accuracy. The optimised pipeline was applied to FMDV infected epithelium samples derived from vaccinated cattle and identified capsid surface bound substitutions associated with immune escape, all of which were unique to individual viral populations. In order to establish more control over the viral and antibody input, an in vitro experiment was performed with FMDV passaged in the presence of sub-neutralising antibody serum derived from vaccinated cattle. HTS analysis identified capsid surface bound immune escape associated substitutions, unique to individual viral populations. This thesis includes a novel systematic approach to accurately characterise low-frequency variants and demonstrates the evolutionary nature of FMDV, with results suggesting at an individual replication site, immune escape evolution is a stochastic process. Characterising immune escape associated substitutions within FMDV populations has the capacity to improve the fundamental understanding of FMDV evolution which in turn can be used to inform vaccine design and FMD control strategies.