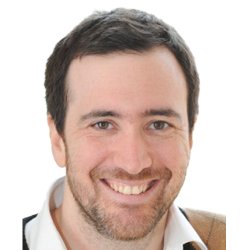 Juan Carluccio joined Surrey Business School in 2013. He holds a PhD in Economics from Ecole des Hautes Etudes en Sciences Sociales and Paris School of Economics, an Msc Economics from the LSE and a Bachelor in Economics from the University of Buenos Aires. From 2010 he works as researcher in the Bank of France, and his previous working experience includes the Ministry of Finance of Argentina, the WTO and the headquarters of Nestle SA. Juan has previously taught at Sorbonne University and Paris School of Economics and held postdoc positions at College de France and the CEP at LSE.

Carluccio JF (2013) Corporate finance and economic activity in the euro area, 151 European Central Bank
Carluccio JF, Fally T (2013) Foreign Entry and Spillovers with Technological Incompatibilities in the Supply Chain, Journal of International Economics. 90 (1) pp. 123-135
DOI: 10.1016/j.jinteco.2012.08.004
Does foreign entry improve host country productivity and welfare? Previous studies have looked at the role of backward linkages with domestic suppliers and their effects on domestic competitors. In this paper, we study how these externalities are affected by technological incompatibilities between foreign and domestic technologies. When foreign technologies require specialized inputs, some local suppliers self-select into production for multinational firms. A decrease in the cost of inputs compatible with the foreign technology has heterogeneous effects. It benefits foreign firms and the most productive downstream domestic firms that adopt the foreign technology, and negatively affects firms using the domestic technology. Technological incompatibilities reduce the welfare gains from openness to FDI, but this negative effect can be overcome by domestic technology adoption. The model's predictions are consistent with the stylized facts drawn from the empirical literature on FDI spillovers.
Carluccio JF, Fougere D, Gautier E (2015) Trade, Wages, and Collective Bargaining: Evidence from France, The Economic Journal 125 (584) pp. 803-837 Wiley
DOI: 10.1111/ecoj.12262
We estimate the impact of international trade on wages using data for French manufacturing firms. We instrument firm-level trade flows with firm-specific instrumental variables based on world demand and supply shocks. Both export and offshoring shocks have a positive effect on wages. Exports increase wages for all occupational categories while offshoring has heterogeneous effects. The impact of trade on wages varies across bargaining regimes. In firms with collective bargaining, the elasticity of wages with respect to exports and offshoring is higher than in firms with no collective bargaining. Wage gains associated with collective bargaining are similar across worker categories.
Carluccio JF (2014) How do house prices affect wages? A comparison between France and Germany, 34 pp. 69-94 Quarterly Selection of Articles, Banque de France
Carluccio JF, Bas M (2015) The Impact of Worker Bargaining Power on the Organization of Global Firms, Journal of International Economics 96 (1) pp. 162-181
DOI: 10.1016/j.jinteco.2014.12.008
Do variations in labor market institutions affect the cross-border organization of the firm? Using firm-level data on multinationals located in France, we show that firms are more likely to outsource the production of intermediate inputs to external suppliers when importing from countries with high worker bargaining power. This effect is stronger for firms operating in capital-intensive and differentiated industries. We propose a theoretical mechanism that
rationalizes these findings. The fragmentation of the value chain weakens the
workers' bargaining position, by limiting the amount of revenues that are subject to union extraction. The outsourcing strategy reduces the share of surplus that is appropriated by the union, which enhances the firm's incentives to invest. Since investment creates relatively more value in capital-intensive industries, increases in worker bargaining power are more likely to be conducive to outsourcing in those industries. Overall, our findings suggest that global firms choose their organizational structure strategically when sourcing intermediate inputs from markets where worker bargaining power is high.
Carluccio JF, Fally T (2012) Global Sourcing under Capital Markets, The Review of Economics and Statistics 94 (3) pp. 740-763 MIT press
DOI: 10.1162/REST_a_00219
We develop a simple model to study the interactions between a supplier's financial constraints and contract incompleteness in a vertical relationship. Applied to the analysis of multinational firms' sourcing strategies, the model predicts: (i) that complex and specific inputs are more likely to be sourced from financially developed countries and (ii) that multinationals are more likely to integrate suppliers located in countries with poor financial institutions, especially when trade involves complex goods. These predictions are examined and validated using firm-level trade data on multinational firms with operations in France.
Carluccio J, Ekeland I, Guesnerie R (2017) Fragmentation and Wage Inequality:
Insights from a Simple Model, Annals of Economics and Statistics. SPECIAL ISSUE IN HONOR OF EDMOND MALINVAUD (1923?2015) (125/6) pp. 113-134 Association pour le développement de la recherché en économie et en statistique
DOI: 10.15609/annaeconstat2009.125-126.0113
We develop a simple model to study how globalization affects wage inequalities. The
model features three goods, one is an ?international? good, and two are local non-tradable
goods. The non-tradable goods are produced by local labor, either skilled or
unskilled, while labor of all types and all origins contribute to the production of the
international good. We find that increasing participation of the South in global production
and consumption lead to an increase in wage inequalities in the North. Higher
South integration into global value chains reduces North-South wage inequalities.
Carluccio Juan, Cuñat Alejandro, Fadinger Harald, Fons-Rosen Christian (2019) Offshoring and Skill-upgrading in French Manufacturing, Journal of International Economics 118 pp. 138-159 Elsevier
DOI: 10.1016/j.jinteco.2019.01.001
Using French manufacturing firm-level data for the years 1996-2007, we uncover a novel set
of stylized facts about offshoring behavior: (i) Low-productivity firms ("non-importers") obtain
most of their inputs domestically. (ii) Medium-productivity firms offshore skill-intensive
inputs to skill-abundant countries and are more labor intensive in their domestic production
than non-importers. (iii) Higher-productivity firms additionally offshore labor-intensive
inputs to labor-abundant countries and are more skill intensive than non-importers. We develop
a model in which heterogeneous firms, subject to fixed costs, can offshore intermediate
inputs of different skill intensities to countries with different skill abundance. This leads to
endogenous within-industry variation in domestic skill intensities. We provide econometric evidence
supporting the factor-proportions channel through which reductions in offshoring costs
to labor-abundant countries have significantly increased firm-level skill intensities of French
manufacturers.