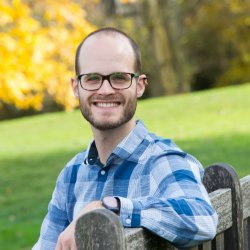 My research group is working to improve our understanding how the molecular interactions of dengue virus and other flaviviruses with their mosquito vectors contribute to the transmission and global emergence of these viruses. I am passionate about using science to improve health and wellbeing in the real world. I sit on the Microbiology Society policy committee, and have organised training workshops in Indonesia. I am a founding member of the University of Surrey Neglected Tropical Diseases Hub (@NTDhub), an interdisciplinary network bringing together biomedical and social scientists with engineers to solve the biggest challenges in neglected tropical diseases globally. I am also a co-organiser of the Recently Independent Virology Researchers network in the UK. I have developed teaching material for underprivileged youths in New York City, and contributed to programme development at the BBC. My research has been funded by the Wellcome Trust, Medical Research Council, and the Global Challenges Research Fund.

Previously, I studied herpesvirus assembly for my PhD thesis in the lab of Professor Gill Elliott at Imperial College London (London, UK), after graduating with degree in Medical Microbiology and Virology from the University of Warwick (Coventry, UK). I was then funded by the Wellcome Trust to study the molecular interactions between dengue virus and its human host and mosquito vector on a postdoctoral fellowship split between the labs of Professor Ana Fernandez-Sesma (Icahn School of Medicine at Mount Sinai, New York, USA) and Dr. Andrew Davidson (University of Bristol, UK). 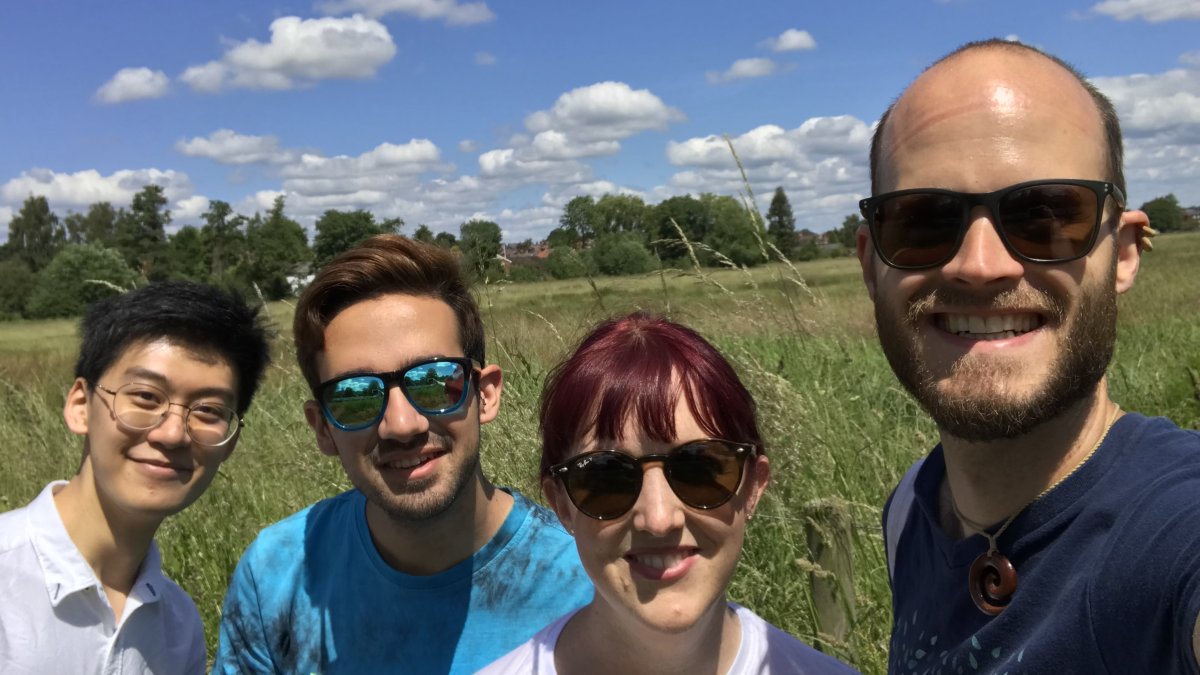 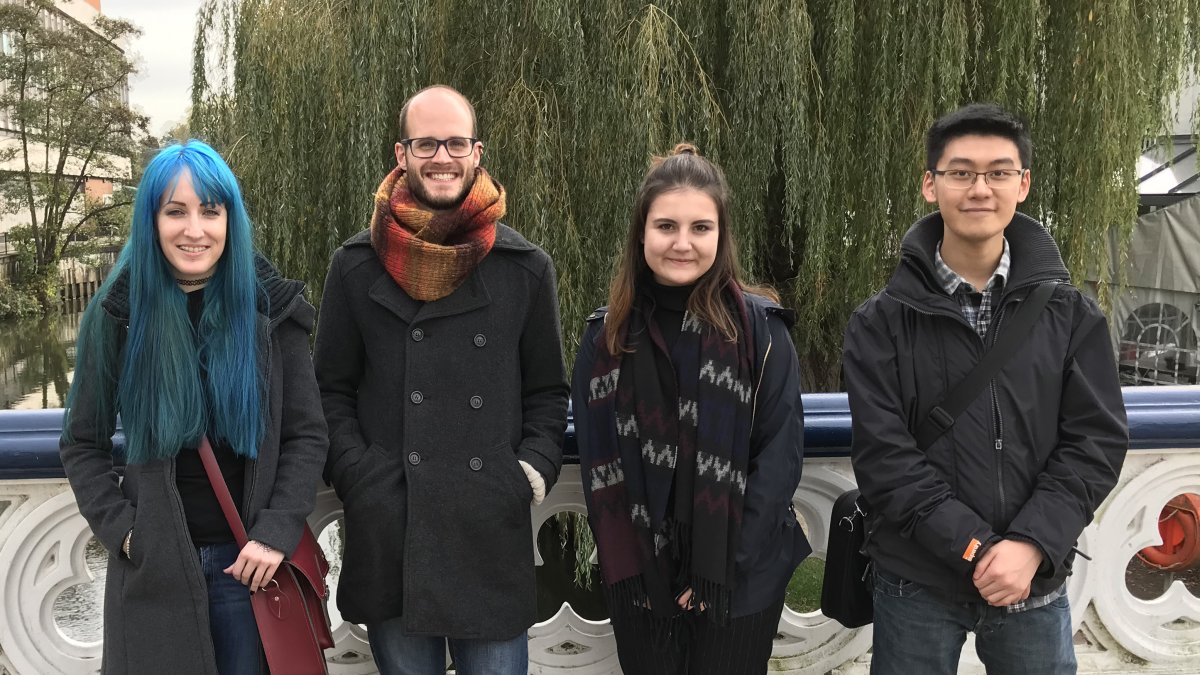 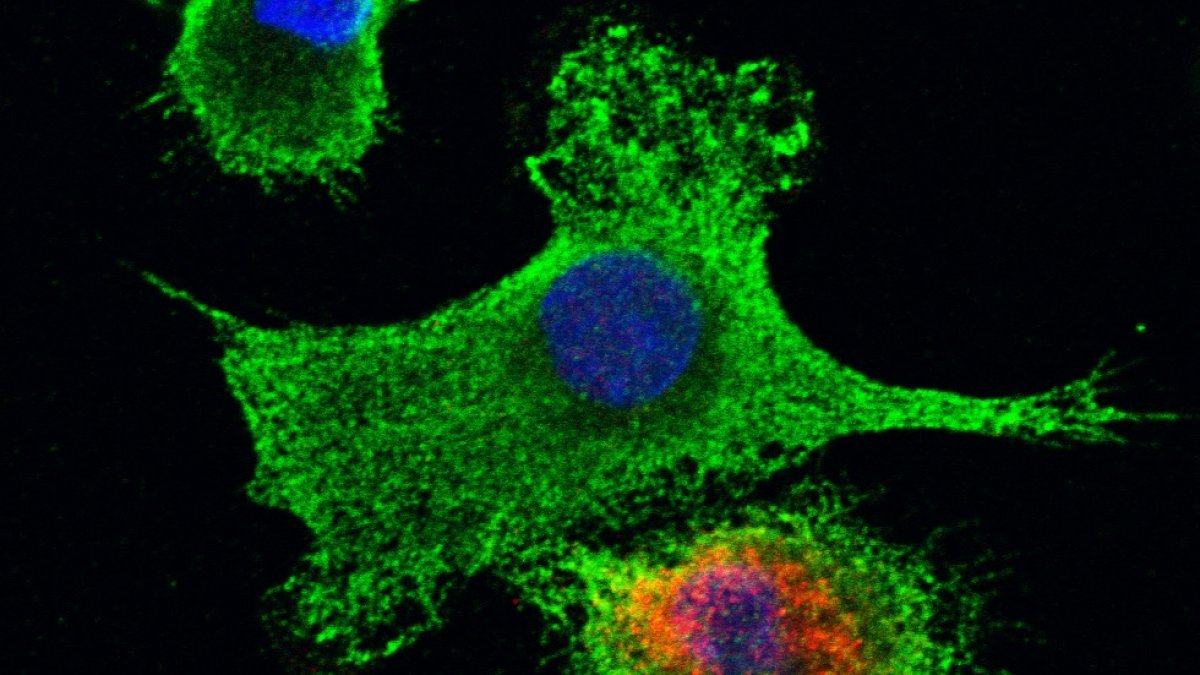 Attendees of our 2018 workshop in Makassar, Indonesia 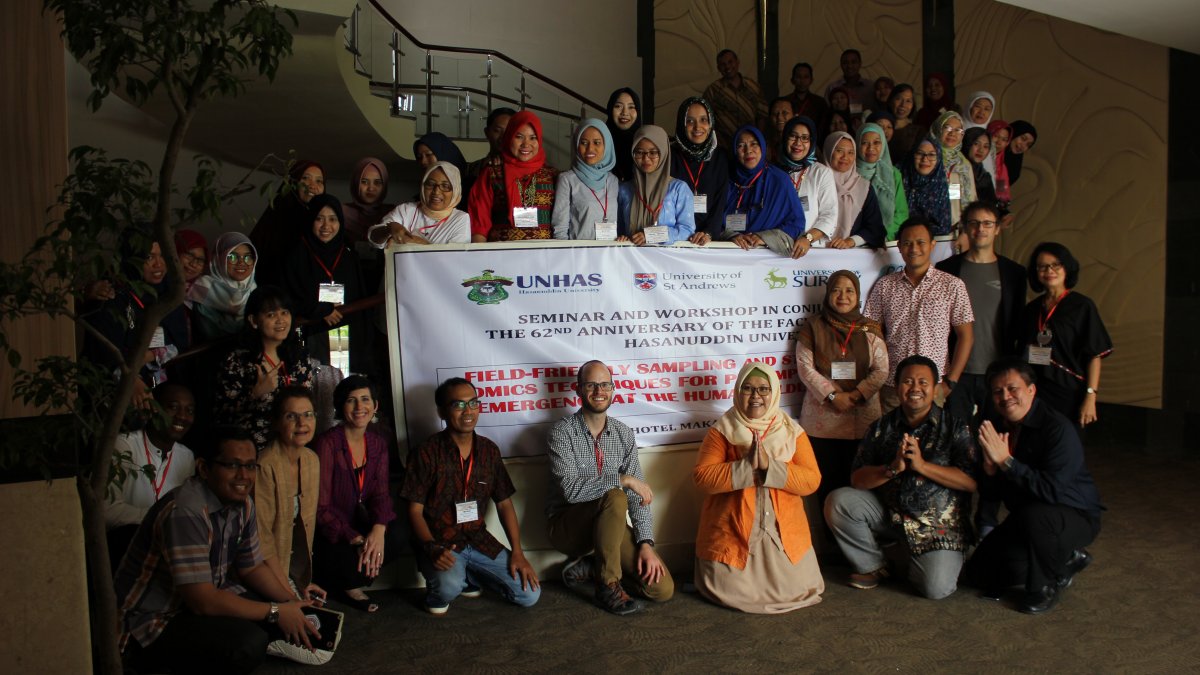 The Maringer Lab is working to understand the fundamental processes that determine how mosquito-borne viruses are transmitted between humans, alongside studies into the mechanisms that drive the global emergence and spread of new mosquito-borne diseases. We are most interested in the flavivirus dengue virus, which is the most significant arthropod-borne virus (arbovirus) affecting humans, with an estimated 400 million infections across the globe each year. We are also studying the related Zika virus to understand how this virus emerged so rapidly across the Americas. Our research focuses on the mosquito species Aedes aegypti (the 'yellow fever mosquito') and Aedes albopictus (the 'Asian tiger mosquito'), which are distributed globally across the tropics and subtropics and are vectors for dengue virus and Zika virus as well as other important arboviruses that infect humans (for example yellow fever virus and chikungunya virus). Because many mosquito-borne viruses lack effective vaccines or antiviral therapies, targeting their mosquito vectors remains one of our most important strategies for preventing human disease.

Our approach is to use cutting-edge 'omics' technologies to profile global responses of mosquito cells to viral infection. For example, we use 'proteomics' methods to measure every protein in a given sample, which can tell us how mosquito cells respond when infected with dengue or Zika virus (e.g. does the immune system activate?), and whether these viruses alter the cellular environment for their own benefit (e.g. do they steal the cell's nutrients?). We follow up on the big data sets generated using gene editing technologies (CRISPR-Cas9) and molecular tools developed in our lab. By comparing related and unrelated arboviruses in this way, we can pinpoint virus-specific and broadly-applicable molecular mechanisms that drive the transmission, emergence and global spread of flaviviruses like dengue virus and Zika virus. This information will facilitate the development of vector-targeted interventions to reduce the global burden of arboviral disease.

We are working with Dr. Paola Campagnolo (School of Bioscience and Medicine) to study how dengue virus causes vascular leakage in haemorrhagic fever patients.

We are collaborating with Dr. Andrew Davidson and Dr. David Matthews (both University of Bristol, UK) to develop new bioinformatic methods to study the proteomes and transcriptomes of mosquito vectors of human disease.

We are collaborating with Dr. Rennos Fragkoudis (Pirbright Institute) and Professor Andres Merits (Institute of Technology, University of Tartu, Estonia) to study molecular drivers of arbovirus emergence in mosquitoes.

We are collaborating with Dr. Jacob Crawford as part of Verily Life Science's "debug" project, which is aimed at improving our understanding of mosquito genetics to prevent human disease.

We previously demonstrated that DENV-2 infection does not induce innate immunodeficiency (IMD) signalling in the Ae. aegypti Aag2 cell line, recapitulating in vivo data from other groups. Furthermore, prior infection with DENV-2 reduces IMD signalling activation by classical immune stimuli. This project aimed to identify DENV-2 antagonist(s) responsible for this immune inhibition using an RT-qPCR-based screening platform in which IMD signalling is stimulated in cells expressing DENV-2 proteins individually. Our results identified NS4A as a tentative antagonist, which can now be used to enhance our understanding of Ae. aegypti antiviral immunity by investigating virus-host interactions.

The study of vector immunity is hampered by the lack of tools such as antibodies and cell lines. Our group previously created CRISPR-Cas9 knockout Aag2 cell lines, which lack genes essential in the innate immune pathways. These knockout cell lines were created from clonally selected Aag2 cells derived from the heterogeneous parental cell line, and this report also describes the final characterisation of these clones. Results confirm that the cells are embryonic in origin, which confounded our sex analysis. Aag2 clones were confirmed to be persistently infected insect-specific viruses, cell fusing agent virus and Phasi Charoen-like virus. Transfection efficiencies were also determined for the clones of interest. Finally, mutations introduced by CRISPR-Cas9 were characterised in cells derived from one of the clonally selected lines, with one clone identified as the intended mutant, however the IMD pathway-deficient cell clones were determined as wild type.

Ultimately insights into vector antiviral immunity may contribute towards development of transmission-incompetent mosquitoes, thereby reducing the global burden of dengue.

Aedes aegypti is a vector mosquito of major public health importance, transmitting arthropod-borne viruses (arboviruses) such as chikungunya, dengue, yellow fever and Zika viruses. Wild mosquito populations are persistently infected at high prevalence with insect-specific viruses that do not replicate in vertebrate hosts. In experimental settings, acute infections with insect-specific viruses have been shown to modulate arbovirus infection and transmission in Ae. aegypti and other vector mosquitoes. However, the impact of persistent insect-specific virus infections, which arboviruses encounter more commonly in nature, has not been investigated extensively. Cell lines are useful models for studying virus-host interactions, however the available Ae. aegypti cell lines are poorly defined and heterogenous cultures.

We generated single cell-derived clonal cell lines from the commonly used Ae. aegypti cell line Aag2. Two of the fourteen Aag2-derived clonal cell lines generated harboured markedly and consistently reduced levels of the insect-specific bunyavirus Phasi Charoen-like virus (PCLV) known to persistently infect Aag2 cells. In contrast to studies with acute insect-specific virus infections in cell culture and in vivo, we found that pre-existing persistent PCLV infection had no major impact on the replication of the flaviviruses dengue virus and Zika virus, the alphavirus Sindbis virus, or the rhabdovirus vesicular stomatitis virus. We also performed a detailed characterisation of the morphology, transfection efficiency and immune status of our Aag2-derived clonal cell lines, and have made a clone that we term Aag2-AF5 available to the research community as a well-defined cell culture model for arbovirus-vector interaction studies.

Our findings highlight the need for further in vivo studies that more closely recapitulate natural arbovirus transmission settings in which arboviruses encounter mosquitoes harbouring persistent rather than acute insect-specific virus infections. Furthermore, we provide the well-characterised Aag2-derived clonal cell line as a valuable resource to the arbovirus research community.